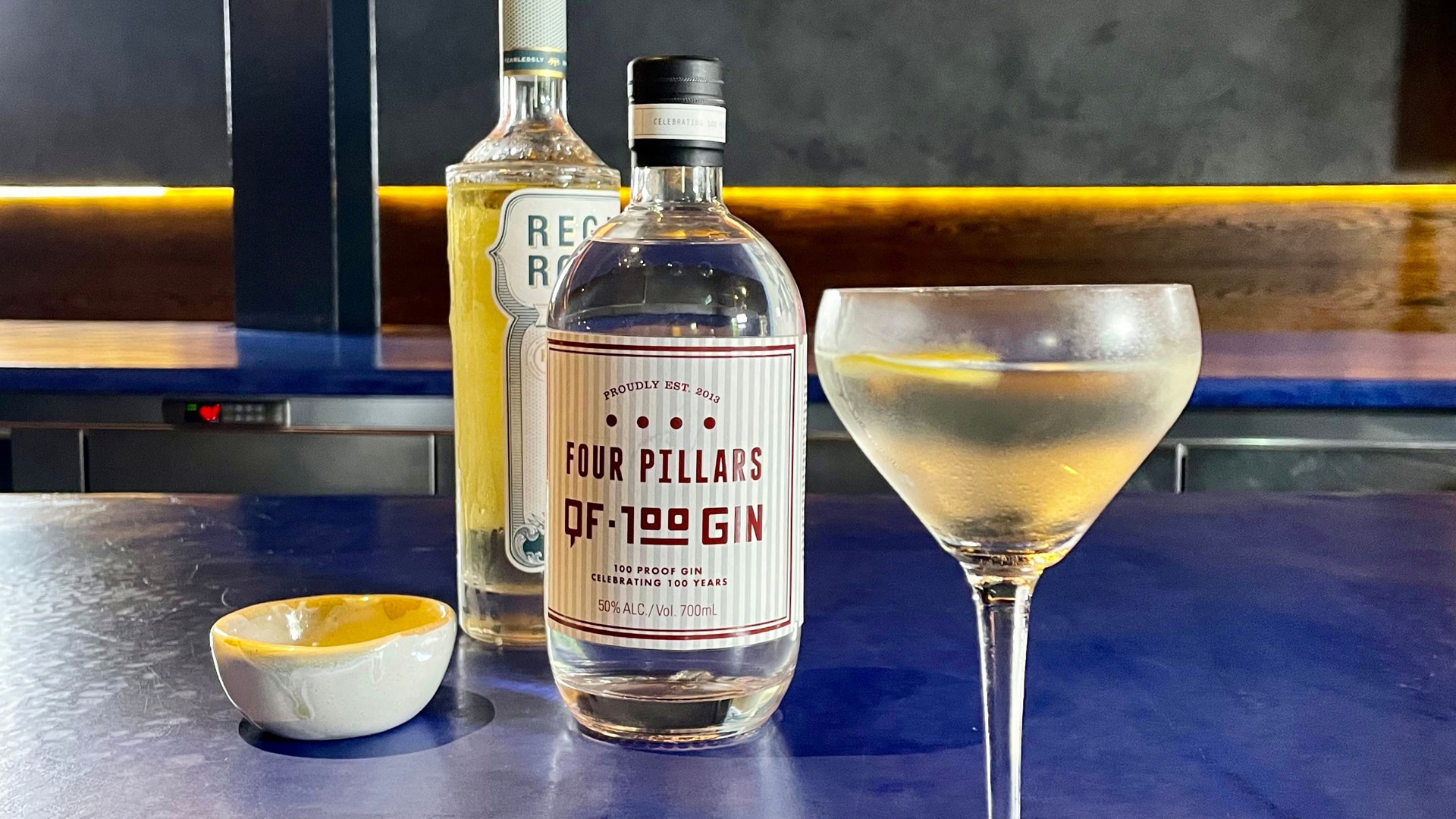 Four Pillars and Qantas have teamed up to release QF100 Gin to celebrate the airline’s centenary. Previously, the two Australian brands worked together on a series of cocktails to be served on flights.

Four Pillars QF100 is a 100 proof gin made to celebrate 100 years of flying. Just like Qantas, the story of this spirit began in Longreach, Australia. Narive lemongrass is the distinctive botanical at the heart of the Australian gin, and it also uses other native Australian ingredients, including macadamia and lemon myrtle. It’s described as big and citrus-forward with bright citrus aromas and soft floral notes.

“Almost every grass, leaf, berry, or fruit in this region has a use within the indigenous culture and has done for thousands of years. When we visited last year, native lemongrass was plentiful, and it has become the heart and soul of this gin,” said Four Pillars co-founder and distiller Cameron Mackenzie. “Both Suzanne and I knew this botanical would work magnificently in the gin, because it paired so well with the vibrancy of other botanicals.”

The gin is currently available on Four Pillars’ website and at Qantas Wine for $90 AUD ($70 USD) a bottle.

Last month, Four Pillars partnered with Stranger & Sons to create Spice Trade Gin. The new offering marks the first collaboration between the iconic Australian distillery and the award winning Goa-based spirits makers. In January, Four Pillars teamed up with Melbourne venue Arbory Afloat to launch Beach House Gin. Back in 2019, the Yarra Valley distillery and bar & eatery collaborated on a Gin as well.

In February, Four Pillars began work on a $6 million ($4.57m USD) expansion. The distillery’s redevelopment project is expected to take about 12 months and will involve constructing the Yarra Valley-based distillery’s new home, which will sit adjacent to the current distillery in Healesville. The new building will be built to “blend seamlessly” with the current distillery and hospitality space, which is a repurposed timber yard.