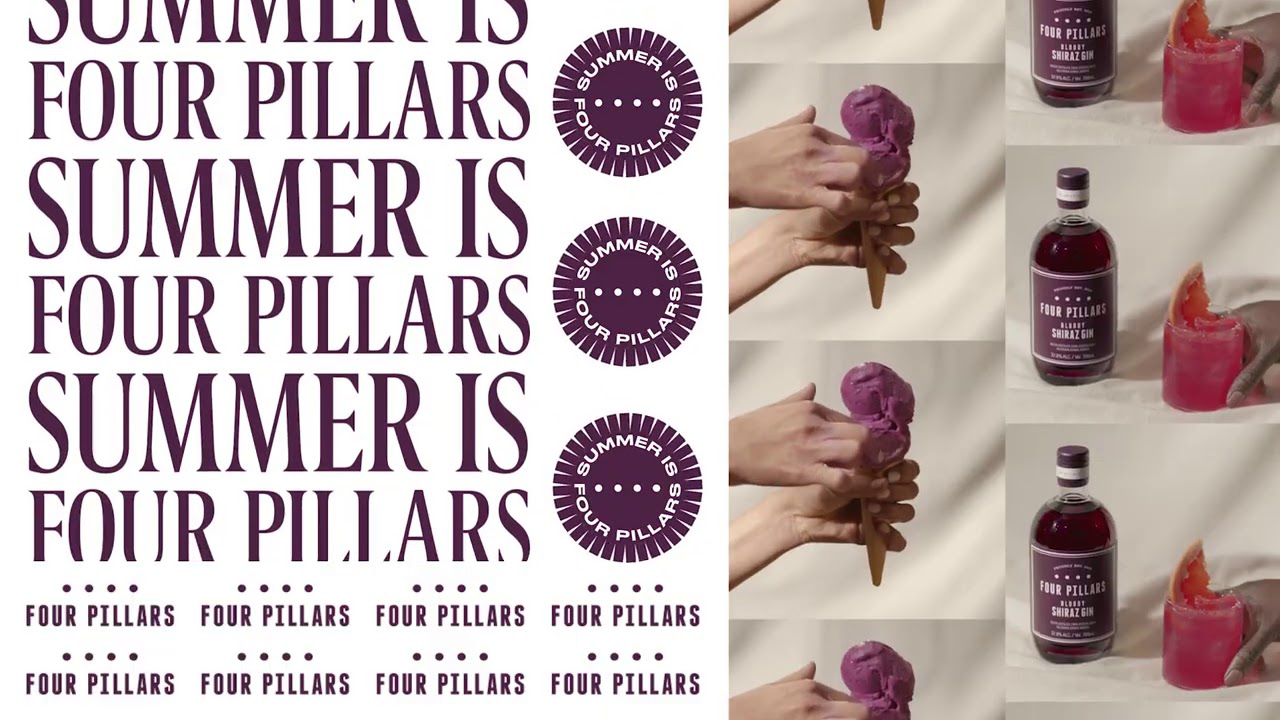 “It’s been a big year of highs and lows and this campaign is all about keeping it simple, kicking back and enjoying a G&T in the sun. Summer, much like drinking gin, should be pretty uncomplicated,” said Jemma Blanch, head of marketing, events and activations at Four Pillars. “We wanted the campaign to capture the heat of an Australian summer; the kind of heat that calls for a generous gin and tonic with lots of ice and a slice of orange.”

Created in partnership with Interweave Group, the new campaign features six- and 30-second clips, and images that will run across Facebook, Instagram, and YouTube until the end of January. Street posters will also be placed around Sydney and Melbourne.

The Summer is Four Pillars Gin campaign will reach even further with tastings, events and masterclasses at the Distillery in Healesville and the Laboratory in Sydney. Tote bags will be gifted with every purchase at the distillery, laboratory and online through the Four Pillars website.

In August, Four Pillars added Olive Leaf Gin to its lineup. The new savory spirit from the Australian distillery has been infused with olive leaf and oil. The Gin has been five years in the making. It all started with Cousin Vera’s Gin, a limited offering that the distillery made with their friends at Santamanía in Madrid, when they made their “first foray into savoury, Mediterranean-inspired gin flavours.”