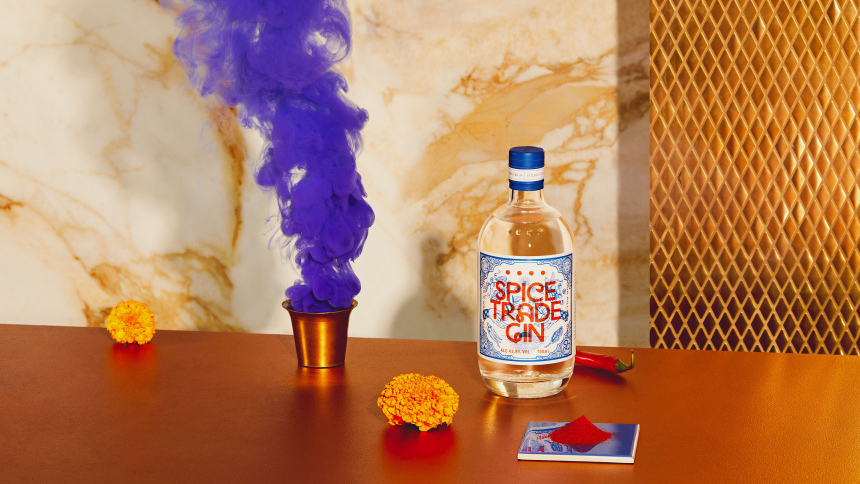 Four Pillars has teamed up with Stranger & Sons to create Spice Trade Gin. The new offering marks the first collaboration between the iconic Australian distillery and the award winning Goa-based spirits makers.

Spice Trade Gin is the latest addition to Four Pillars’ distillery series. Described as a Goan “spice bazaar” in a bottle, the Gin features juniper, fresh red chilli, cardamom, turmeric, green Sichuan peppers, cassia and long peppers, all tied together with Aussie natives such as finger lime, macadamia and lemon myrtle. Four Pillars distiller Cameron Mackenzie crafted the Gin in Australia, with the Stranger & Sons team sending over the spices and Indian botanicals.

“Firstly, it is unmistakably a gin,” says Mackenzie. “There is a huge weight of juniper which we needed because the power of the botanicals needed a solid canvas. Then you get powerful aromas of finger lime, chilli, cardamom and turmeric sourced from the western mountains (ghats) and coast of India.

“The palate is huge. The weight is built from macadamia and cashews, along with sarsaparilla and cassia which hold the spices together. The warming spices of green Szechuan, long pepper, fresh red chilli and black cardamom blend with lemon and anise myrtle to add to the power and depth of the gin.”

On top of the Four Pillars Spice Trade Gin, former owner of Melbourne eatery Pope Joan and creative director for Made from Gin by Four Pillars Gin Matt Wilkinson has whipped up a Gin Botanical Curry Powder which perfectly pairs any curry with Spice Trade Gin.

Four Pillars Spice Trade will be available beginning March 25 via speciality retailers, online, the Four Pillars Distillery door in Healesville, and their Sydney Laboratory in Surry Hills. For those who simply can’t wait that long for this Australian Gin, subscribe to Four Pillars Gin for early access beginning March 16.

In February, Four Pillars announced it has begun work on a $6 million ($4.57m USD) expansion. The Australian distillery’s redevelopment project is expected to take about 12 months.

In January, Four Pillars teamed up with Melbourne venue Arbory Afloat to launch Beach House Gin. Back in August, Four Pillars added Olive Leaf Gin to its lineup. The new savory spirit from the Yarra Valley distillery has been infused with olive leaf and oil.