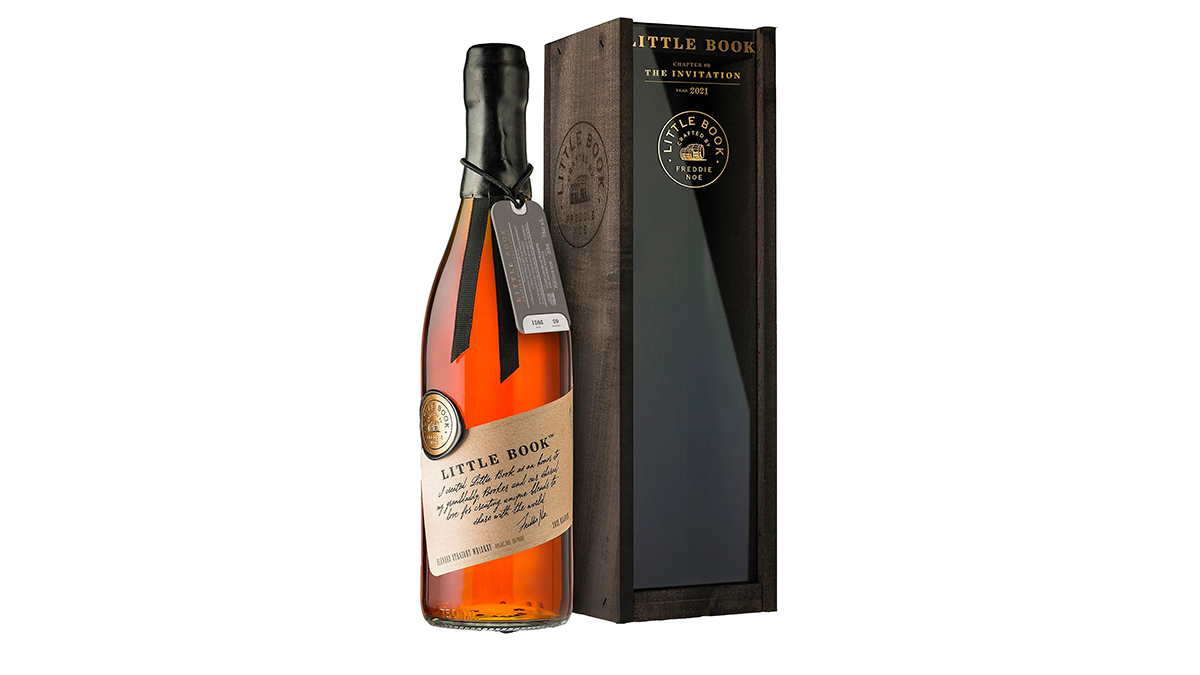 The name of this year’s chapter is “both a prompt to fans of American whiskey to expand their palettes, as well as a reflection on Noe’s experience blending and innovating chapters of Little Book over the last five years,” says a press release. With a wide range of whiskey styles and ages in this year’s release – including two unique, younger whiskies anchoring the blend – “The Invitation” showcases Noe’s passion for elevating facets of each component within the final product, delivering complex, balanced and high-quality blended whiskeys.

“Chapter 5 is my way of inviting whiskey drinkers into different aspects of the category, regardless of whether they’ve been along for the ride since Chapter 1 or are just tasting Little Book for the first time,” Freddie Noe said. “‘The Invitation’ offers a chance for any curious drinker to expand their palette – whether they’re a seasoned connoisseur or a newcomer to the category – due to the diverse liquids contained in the blend. Harmonizing such varied whiskies and ages was a delicate dance, but the effort was certainly worth it when you taste the final product.”

Little Book Chapter 5 is a blend of four different straight whiskies, three of which were distilled under Freddie’s watchful eye. Each was expertly blended to bring something unique to the final whiskey, making Little Book Chapter 5 greater than the sum of its individual parts:

“While younger whiskies – which make up the base of this blend – often carry certain preconceived notions, the 2-Year-Old Bourbon and 3-Year-Old 100% Malted Rye have strong characteristics because of the way they were crafted, and they play a purposeful role in providing complex flavor and balance to this year’s Little Book release,” Noe explained.  “In the spirit of what the Little Book series is all about, I was excited to push the boundaries of what we typically expect from whiskey. I invite whiskey fans to do the same when they taste this year’s blend.”

Bottled at 116.8 proof, Little Book Chapter 5 “The Invitation” features flavors of caramel and toasted bread with brown sugar undertones and a touch of sweetness. It is recommended to be enjoyed neat or over ice.

“The Invitation” will be available nationwide in limited quantities beginning in August 2021 and is priced at $124.99 for a 750 ml bottle.

For more information, head over to Little Book’s official website.