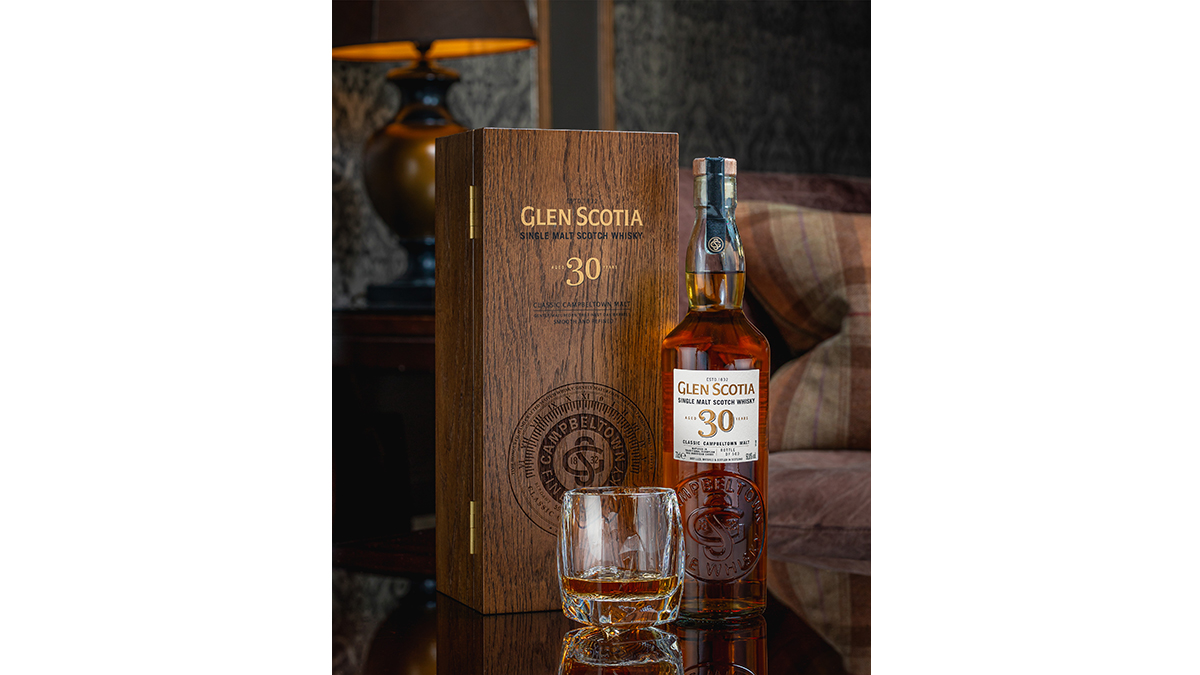 Glen Scotia has unveiled a 30 Year Old Single Malt Scotch Whisky. The new offering from the Campbeltown distillery is extremely rare, with only 500 bottles being made available for purchase worldwide.

The Single Malt was created by using a single distillation from 1989, which has been matured in European Oak hogshead Sherry casks. Bottled at 50.8% ABV, the Whisky is non-chill filtered.

On the nose, the the Whisky offers floral notes of violet and lavender that develop into hints of green apple and spice. On the palate, the liquid is soft and silky, with initial flavors of honeyed pear and candied lemon coming to the fore. In the mouth, the flavors intensify, with warm notes of cinnamon and ground ginger, leading into dark chocolate and coffee. The finish is long, and ends with sugary sweetness and waves of warming spice.

“Like our distillery, the Glen Scotia 30 Year Old is steeped in history and after three decades of maturation, I am proud to finally be able to unveil this new expression to the world.”

Priced at £850 ($1133 USD), Glen Scotia 30 Year Old is available to purchase now from specialist retailers, including Master of Malt.