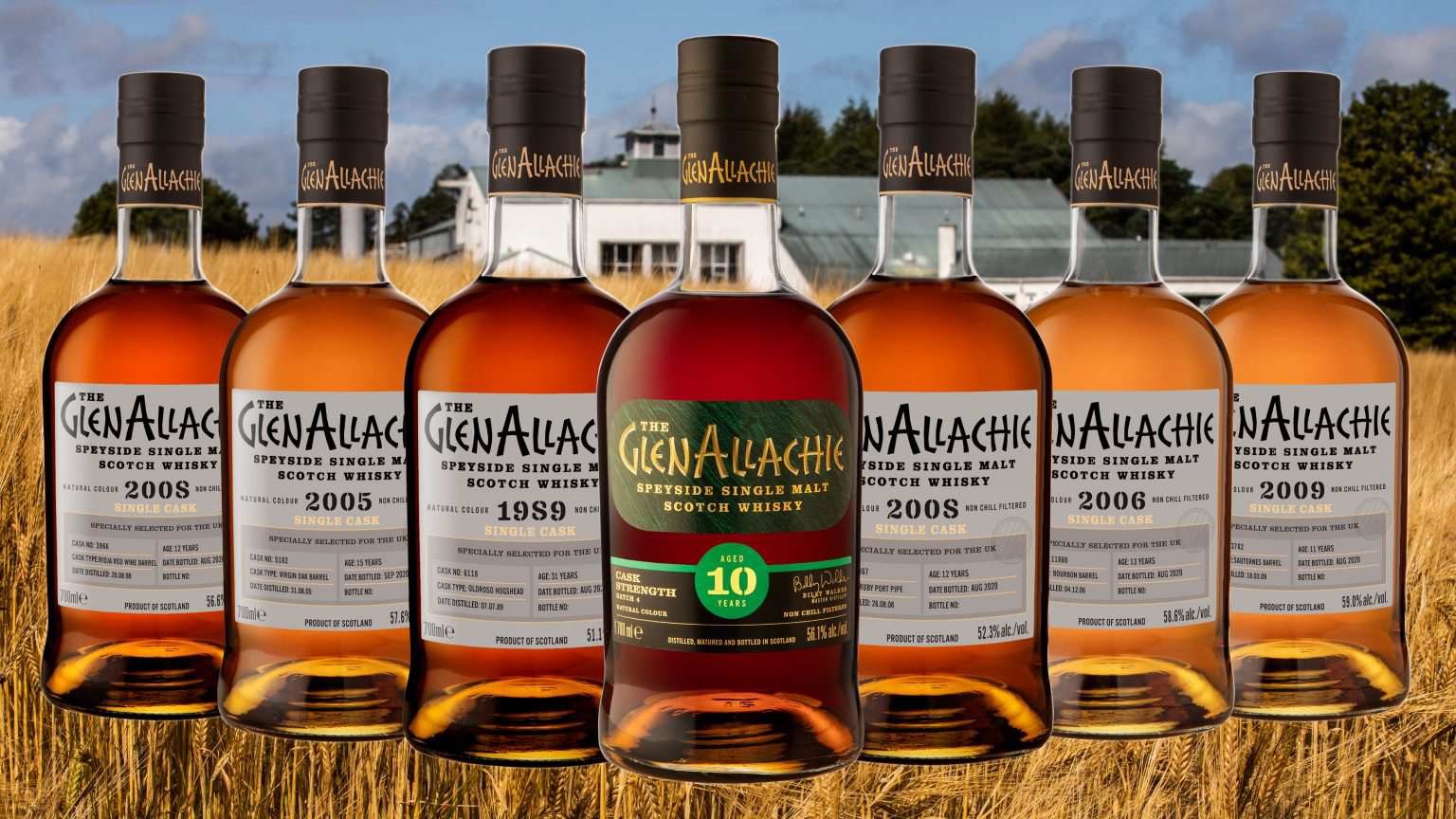 GlenAllachie has launched Batch 4 of its 10 Year Old Cask Strength Whisky, along with the third installment of its single cask bottlings. All seven releases from the Speyside distillery are limited editions.

The GlenAllachie 10 Year Old Cask Strength Batch 4 mature in a mixture of Pedro Ximenez and Oloroso Sherry puncheons and a small number of virgin oak casks. Bottled at 56.1% ABV, just 2,600 cases of the Whisky will be released worldwide and are on sale for £58.99 ($79 USD).

The third installment of GlenAllachie single casks consists of six cask strength single malts, all selected by Master Distiller Billy Walker from among the 50,000 casks in the distillery’s warehouses in Aberlour.

The batch of single casks consists of a 31-year-old Oloroso hogshead, a 15-year-old Virgin Oak, a 13-year-old First Fill Bourbon Barrel, a 12-year-old Ruby Port Pipe, a 12-year-old Rioja Barrel, and an 11-year-old Sauternes Barrel. All the bottles are hand-numbered, and offered at cask strength, natural colour and are non-chill filtered.

“There’s something magical about bottling whisky straight from the cask – without any water or colouring being added, this is whisky in its purest form,” noted Walker. “Batch 3 of our cask strength 10-year-old has set the bar high, but we’re excited to share this new bottling which has a perfect balance of fruit, dark chocolate and spice with the underlying classic sweet honey notes of the GlenAllachie.

“With our new instalment of single casks, we’re demonstrating the unique interaction of our spirit with different types of wood and how that creates incredible flavours. For example, the 31-year-old has intense flavours of dark chocolate, orange zest, grapefruit and ginger thanks to the greater interaction between spirit and wood provided by the slightly smaller Oloroso hogshead.”

The third installment of the GlenAllachie single cask series are described as follows: