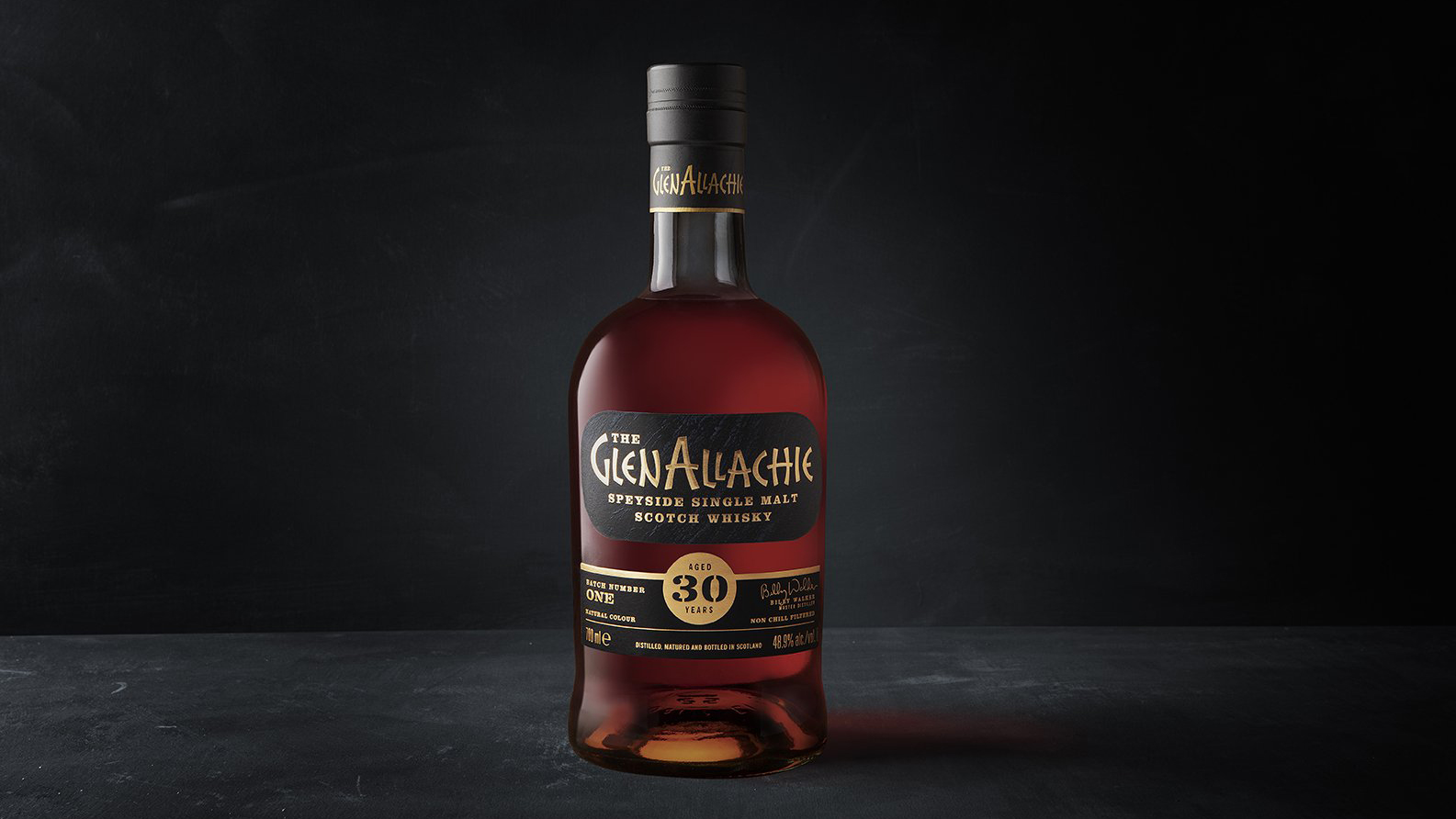 GlenAllachie has added 30 Year Old Cask Strength Batch 1 whisky to its core lineup. The new release is the oldest addition to the Speyside distillery’s flagship offering to date.

“When I first explored the warehouses here back in 2017, I was blown away by the quality I discovered,” said Walker. “I immediately set out earmarking casks and planning a series of incredibly special releases. I always had an ambition to create a memorable 30-year-old expression, presented at natural cask strength, that would truly blow away whisky connoisseurs across the globe. It’s a small batch single malt that undoubtedly captures everything I’ve learned along the way in my career, and thus is a bottling I’m particularly proud to release.”

On the nose, the whisky offers notes of fruit cake, raisins, and mocha, along with honey, cinnamon, and coconut. The palate delivers layers of dark chocolate, raisins, honey and figs, accompanied by treacle, orange zest, and nutmeg.

Earlier this month, The GlenAllachie revealed the inaugural bottlings released within its new Wine Cask Series. In April, the distillery unveiled Batch 5 of its cask strength 10-year-old single malt whisky. The GlenAllachie has announced the launch of its first blended Scotch whisky, White Heather 21 Year Old.

In November, GlenAllachie unveiled a 21 Year Old Cask Strength Whisky. The new limited-edition cask strength expression is Batch 1 of what is expected to be a new annually released Whisky that hit shelves around Christmas.