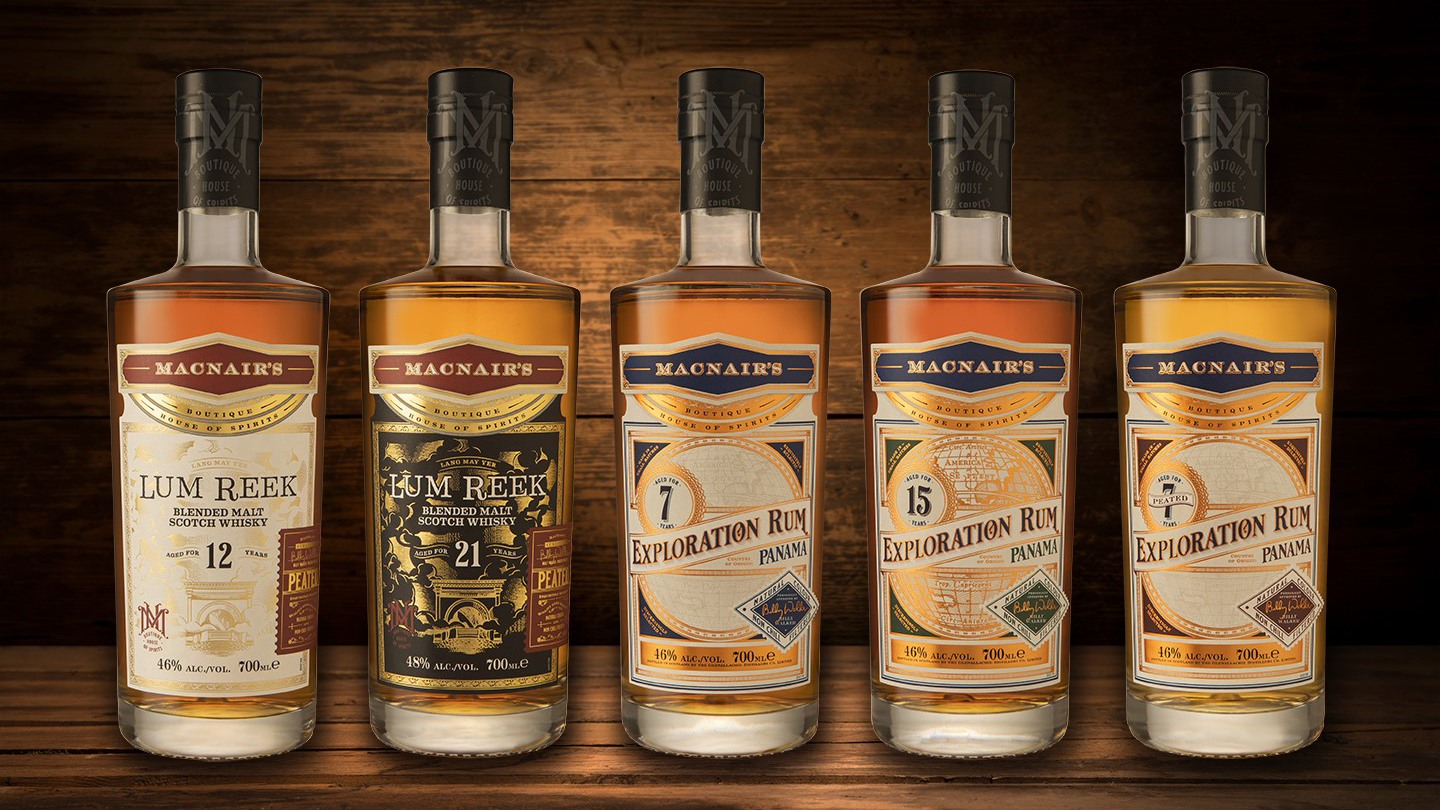 The GlenAllachie Distillers Company has unveiled its first-ever rum. The new spirit will be the first in a range of small-batch rums released under the company’s MacNair’s brand and will be called Exploration Rum. They will be crafted by master blender Billy Walker.

The first three releases from the MacNair’s Exploration Rum range will use liquids sourced from Panama and feature a 7 Years Old Peated, a 7 Years Old, and a 15 Years Old. Each expression was initially matured in American oak in Panama before being transported to The GlenAllachie Distillery in Speyside.

The 7 Years Old Peated rum went through a second maturation in casks that previously held heavily peated whisky distilled at GlenAllachie. The 7 Years Old and 15 Years Old, meanwhile, were filled into red wine, virgin oak and ex-Bourbon casks for more than two years, and both are bottled at 46% ABV.

“I’ve long held a desire to explore and apply my expertise to a new spirit category, curious as to what the outcome could be,” said Walker. “Rum was an exciting prospect as, in a similar vein to whisky, it allows for greater scope of innovation and experimentation, particularly in regard to maturation.

“I’ve spent a great deal of time sampling and tracking down what I deem to be the finest rums from across the world to bring to my lab at the GlenAllachie Distillery and put my own distinctive twist on. The result in this first batch of Panama experiences is what I believe to be a trio of really exciting and unique rums which explore the influence of wood, but also the impact of maturation in a cooler climate.”

The GlenAllachie has also repositioned its MacNair’s brand as a Boutique House of Spirits. The repositioning will also see a new-look design introduced for its Lum Reek Blended Scotch Malt Whisky brand.

“I’m also delighted to see the Lum Reek blended malts be presented in a more contemporary and eye-catching pack,” added Walker. “Blended malts are widely underrated within the whisky world; however, I truly believe MacNair’s Lum Reek can sit proudly alongside even the best single malts.”

MacNair’s Boutique House of Spirits products are available to purchase via global specialist retailers, with further releases in the pipeline over the coming years.

For more information, head over to MacNair’s official website.

In May, GlenAllachie added 30 Year Old Cask Strength Batch 1 whisky to its core lineup. The new release is the oldest addition to the Speyside distillery’s flagship offering to date. The brand also revealed the inaugural bottlings released within its new Wine Cask Series.