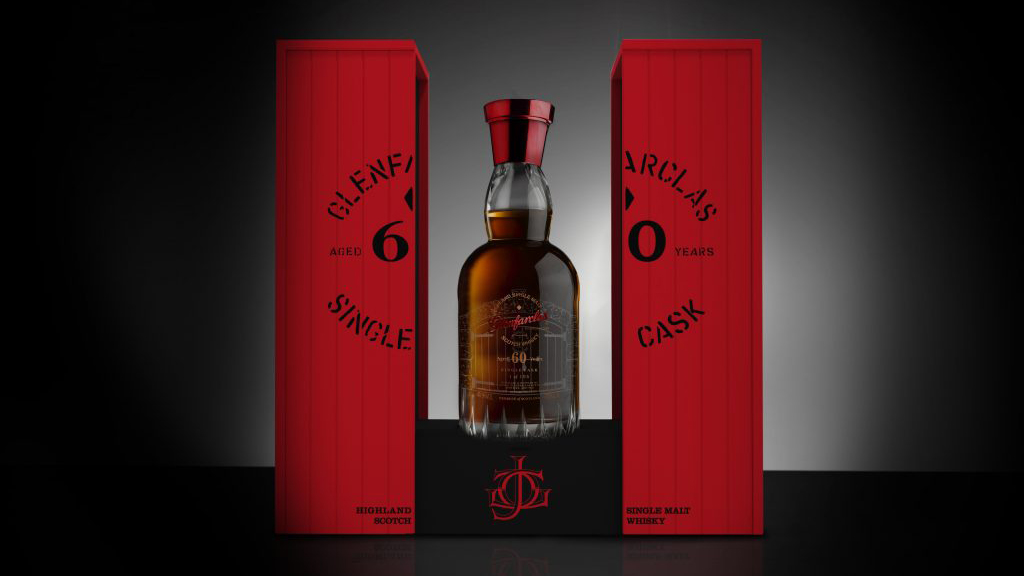 Glenfarclas has launched a 60 Year Old Single Cask Whisky. The new offering from the Speyside distillery is priced at £19,500 ($25,870 USD).

The Glenfarclas 60 Year Old Single Cask Whisky  was distilled on 2 June 1959 in a first-fill Oloroso Sherry hogshead. As it turns out, 1959 was quite the year for the distillery.

It began with a giant mistake. “At 2 am on New Year’s Day workers at the distillery discovered that the stillman had forgotten to open a valve on the wash still,” explained Master of Malt. “You see, he’d overindulged a tad in the festivities, and that error had catastrophic consequences. When the valve was finally opened, the heat and volume of liquid broke the spirit safe, and boiling alcohol escaped everywhere. Fire hoses stopped the alcohol igniting, thankfully, but most of the wash had to be replaced.”

While things might not have started out great, 1959 ended up being a record production year for Glenfarclas. Furthermore, that summer it completed new farm steading and work began on a new stillhouse to increase the site’s stills from two to four, enabling the distillery to double production by 1961.

On the nose, the Whisky delivers notes of Christmas cake, marmalade spread on soda bread, orange, sweet tobacco and dark chocolate. Christmas flavors continue on the palate; Christmas pudding drenched in brandy butter and set alight. A silky-smooth dram with rich, dark spice in the mouth. The finish oozes flavors of marzipan and Christmas sherry.

The Whisky comes housed in a bespoke hand blown Glencairn Crystal decanter with hand drawn illustrations of Glenfarclas’ iconic warehouse doors. The presentation box is made with English oak and lined with suede and has been designed and crafted by Neil Stevenson, cabinet-maker to the Queen.

Limited to just 105 bottles, the Glenfarclas 60 Year Old Single Cask is available to buy in the United Kingdom from Hedonism, The Whisky Exchange and Royal Mile Whiskies.

At the end of October, Glenfarclas unveiled the 25th Edition of its Famous Scots Series, a 1988 Vintage Whisky, that honors Flora MacDonald. In June, the distillery completed the Glenfarclas Pagoda series with the release of its Glenfarclas 63 Year Old Pagoda Sapphire Reserve, which ranges in price from $29,500 to $69,580.