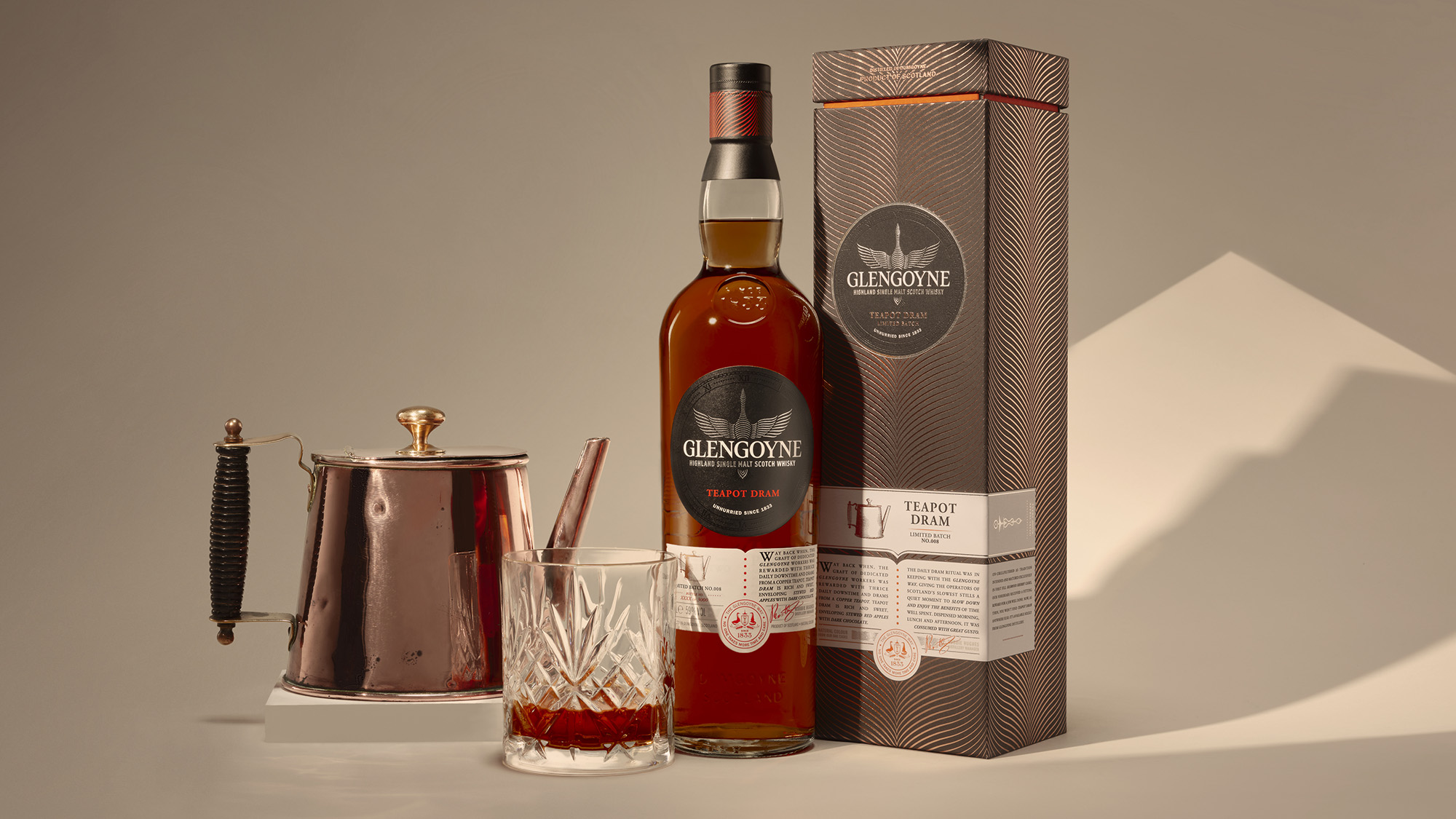 Glengoyne Highland Single Malt Scotch Whisky has unveiled the latest batch of its rare Teapot Dram, Batch No. 008. This collection is the most popular limited-edition range from the Highland distiller.

The Teapot Dram tells the story of an old distillery tradition where workers would be given three fingers of whisky, three times a day.Most distilleries would give workers a tumbler of new-make spirit, hot off the stills. But Glengoyne would always ensure the team were given tumblers filled with a young, first fill sherry cask whisky.

The less seasoned members of the distillery team would, to save face, discreetly pour some of their untouched drams into a copper teapot which sat on the canteen windowsill, ready for their older colleagues to enjoy later.

Honouring this tradition, the Teapot Dram has remained a deliberately bold, sherry matured limited release. Batch No. 008 is matured exclusively in first fill European and American oak sherry casks and bottled at 59% ABV.

The limited-edition single malt is dark amber in color. On the nose, it boasts Demerara sugar, stewed red apples, dark chocolate, ginger, clove, soft old leather, and floral notes. The velvety palate is rich and sweet with warming spice, prunes, dry sherry, and soft oak. On the long, lingering finish, oak and spice continue with pepper and a flash of citrus.

“We’re delighted to unveil the latest instalment of our ever-popular Teapot Dram series just in time for the festive period,” said Barbara Turing, Brand Manager at Ian Macleod Distillers. “Similar to the seven batches before it, No. 008 boasts its own bold and unique character. First fill European and American sherry casks give it a luscious dark copper colour and a rich, mouth-coating palate of cooked apple, subtle spice and soft oak.”

Just 3,000 bottles of the Glengoyne Teapot Dram Batch No. 008 will be made available and are priced at £120. They can be purchased from the Glengoyne Distillery shop and via the brand’s official website.

In October, Glengoyne announced the launch of the Russell Family Single Cask. The extremely rare 36-year-old single cask Scotch was hand selected by three generations of the Russell family, Peter, Leonard and Tom Russell, who, after sampling cask 1549, unanimously decided to release the whisky on its own.