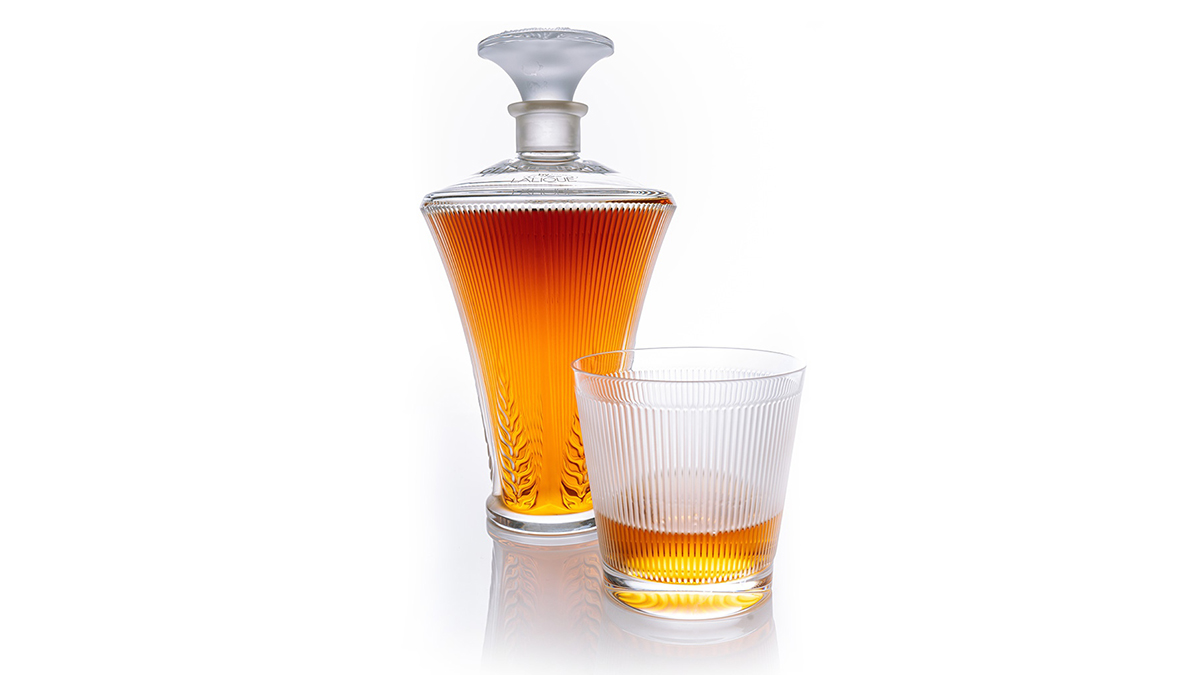 The Glenturret has unveiled Provenance, the first limited-edition single malt release in its new collaborative series with Lalique. The new Whisky follows the Highland distillery’s launch of a new core range and redesign in September.

Crafted by Whisky maker Bob Dalgarno, The Glenturret Provenance is drawn from three casks filled in 1987 and was bottled on 4 December 2020, as it celebrated its 33rd birthday. The single malt was created as a celebration of the long, rich heritage and craft that defines both The Glenturret and Lalique and pays homage to barley. Bottled at cask strength (43.7% ABV), it’s natural in color and non-chill filtered.

Provenance is the first in The Glenturret by Lalique Trinity Series. It will be followed by Prowess and Passion, the three touchstones that govern the distillery’s operations, and known as “The Glenturret Trinity.”

Provenance is a limited release of 320 Lalique crystal decanters designed by Marc Larminaux, Artistic and Creative Director at Lalique.  “Highest-quality barley is the starting point for The Glenturret. Fields of barley slowly swaying in the soft breeze and the early morning light are truly a beautiful, mesmerising sight,” said Larminaux about his design. “The barley is represented through a glittering clear and frosted finish on the motif, hand-carved into the crystal by Lalique craftsmen.”

“2020 has been a challenging year for all, but also a very exciting year for us. We recently introduced a fresh visual brand identity as well as six new expressions, hand-crafted by our incredible team at the distillery in Crieff,” said John Laurie, managing director at The Glenturret. “Adding The Glenturret Provenance is an important milestone for us – this is a whisky to be savoured slowly, which fits in perfectly with our distillation process as we still do everything here by hand.”

While creating Provenance, The Glenturret looked to three historical figures: Rene Lalique, one of the greatest glass masters of the 20th century; Elizabeth Philips, owner of ‘Hosh Mill’ (later to become The Glenturret) and possibly first female distiller; and James Farlie, who brought The Glenturret back into production in 1957 after it had been shuttered for more than 30 years.

Laurie added: “The Glenturret Provenance is all about reflecting on time, memories of place and people gone before. The Glenturret reaches back in history to 1763 and Lalique to 1888 – in our busy modern world we seldom take time to stop, to think, to drift, to remember and to discover.”

The Glenturret Provenance is currently available via the distillery’s official website for the price of £9,800 ($13,010 USD).