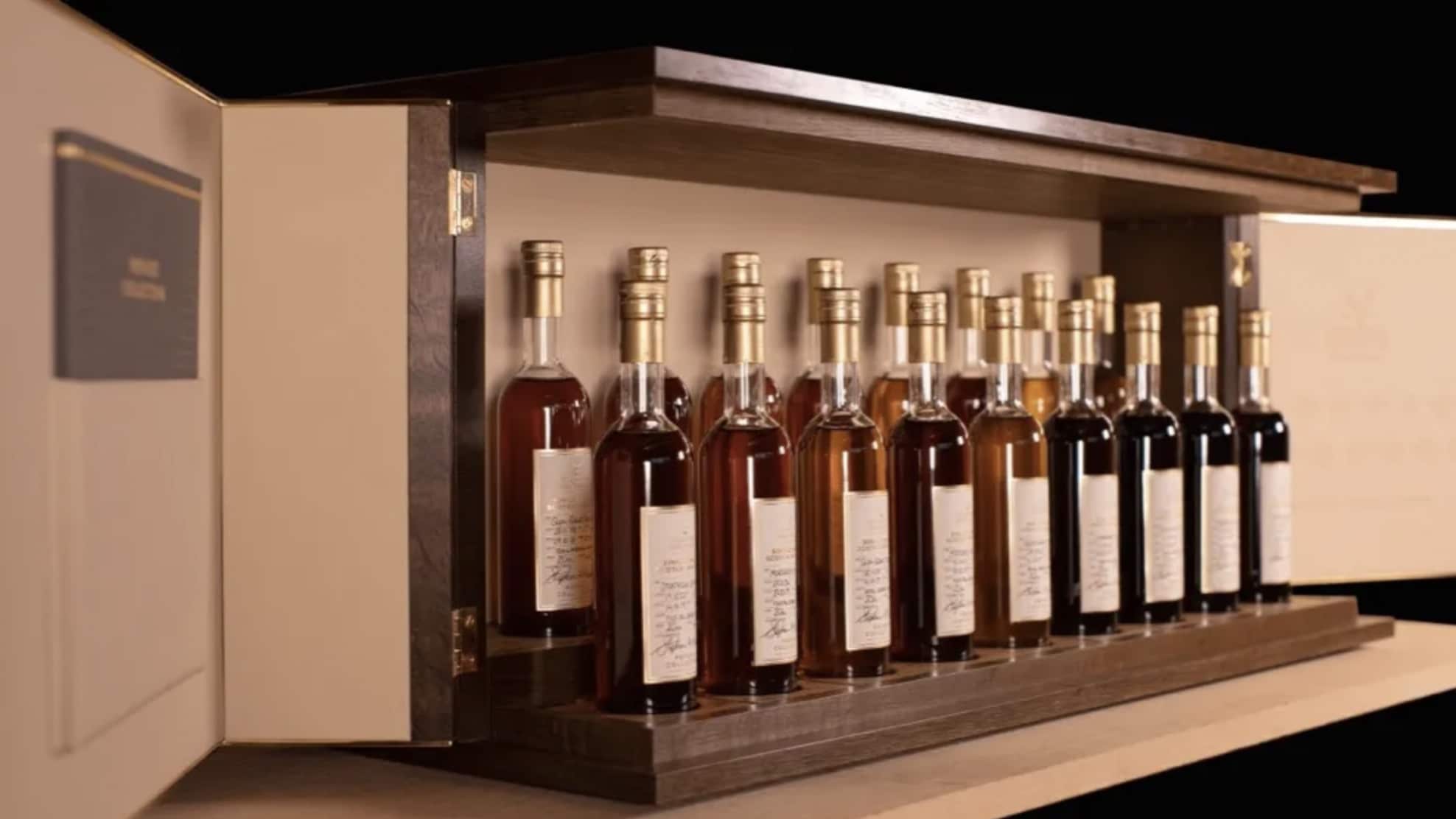 Gordon & MacPhail has unveiled the Private Collection, a one-off collector’s item that may be the ultimate Christmas gift for Scotch lovers who are ready to spend £100,000 ($134,000 USD) to own some of the world’s rarest whiskies.

Presented in a bespoke Scottish oak cabinet, the Gordon & MacPhail Private Collection is made up of seventeen 20cl bottles curated by Stephen Rankin, the brand’s Director of Prestige. The whiskies are among the rarest ever released by the renowned independent bottler and include three bottlings from the 1950s.

The hand-crafted cabinet has been designed and created by family-owned Method Studio, makers of bespoke furniture. Inside, each single malt in the collection is recessed into a solid oak block crafted from one of the original whisky casks that cradled the spirit. The cabinet itself is lined in soft oatmeal leather from Andrew Muirhead & Son in Dalmarnock.

“Guided by similar philosophies of dedication, passion and attention to detail, we found a kindred spirit in Method Studios when searching for a partner for this truly unique project,” said Rankin. “The cabinet is unlike anything we have done before and is a chance to own a piece of Scotland’s whisky history. It’s a labour of love, from the meticulous process of our whisky experts pairing the spirit with the cask to the precision and talent of the cabinet makers, each built up over decades of experience. The result is a celebration of the patience and dedication that comes with true craftsmanship.”

Marisa Giannasi, architect and designer from Method Studio said: “The doors of the cabinet alone are made up of over one hundred individual component parts machined to a tolerance of less than a quarter of a millimetre. The natural grain of these parts has been meticulously arranged and aligned so that the precision-mitred facade flows uninterrupted, like liquid around the piece.

“Being surrounded by trees, water and wildlife, as well as the changing seasons, has a strong influence on our work and on the material-driven, gleefully hands-on atmosphere we endeavour to weave into the fabric of each project. This care and attention to every fine detail is a hallmark of Method’s work – a value we very much share with the expert family team at Gordon & MacPhail.”

The label on each bottle has been designed to replicate those found on whiskies in the company’s inner sanctum, the sample room, used by Gordon & MacPhail to hone its experience of combining oak, spirit and time to create single malts found nowhere else. All hand-signed by Stephen, the labels regale several single malts from ‘lost’ distilleries, including St Magdalene in Linlithgow, Dallas Dhu and Caperdonich in Speyside and Glen Albyn from the Highlands. Many of the whiskies within the cabinet are sold out and will never be available to purchase again.

As well as the complex and dramatic ‘gullwing’ doors, the solid brass plaque on the front of the chest has been engraved, polished and expertly finished by traditional craftsmen in Birmingham’s legendary jewellery quarter.

Only one Private Collection Showcase will be made available and is on display at the spiritual home of Gordon & MacPhail in Elgin, the shop where the company was founded in 1895. It is priced at £100,000 ($134,000 USD).

For more information, head over to Gordon & MacPhail’s official website.