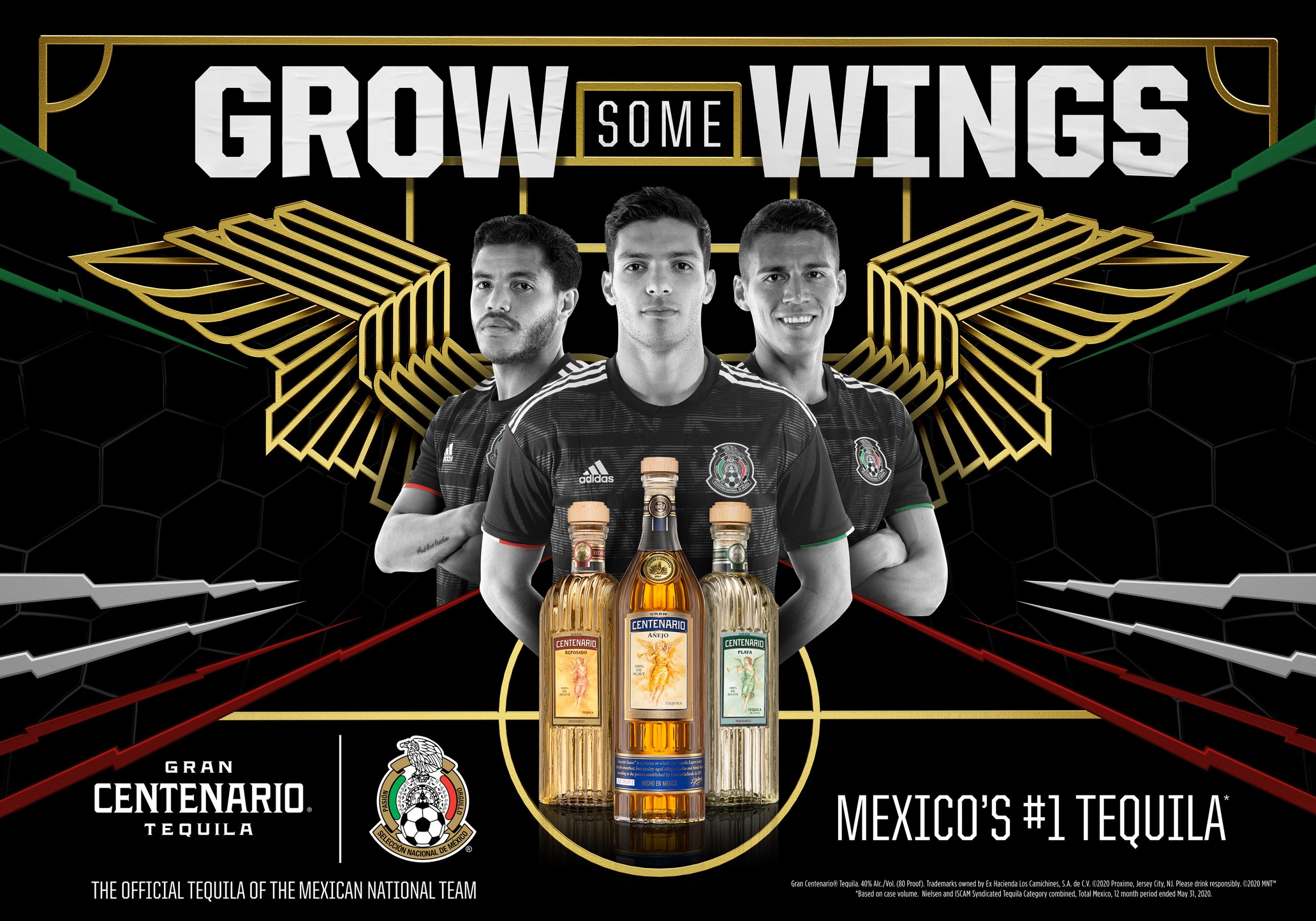 Gran Centenario has reached a deal with the Mexican Futbol Federation to become the Official Tequila of the annual Mexican National Team U.S. Tour. The new multi-year partnership between Mexico’s most popular Tequila and the national futbol team will begin this year with a series of digital experiences.

Through this partnership, Gran Centenario and the Mexican National Futbol Team will honor their shared heritage, and ignite the spirit of Mexico across the U.S. this year and next. In 2020, they will toast thousands of fans at-home through a series of digital experiences, national consumer sweepstakes and more – all of which serve as a teaser for the highly anticipated 2021 U.S. Tour.

“There is nothing more representative of Mexico than Gran Centenario Tequila and our beloved Selección Mexicana. This partnership officially brings together two long-established, Mexican heritage brands, and we are so proud to bring the spirit of the game – and our country – to U.S based fans at home this year, and in stadiums around the U.S. in 2021,” said Lander Otegui, Senior Vice President, Marketing at Proximo Spirits.

Kicking off in September, the Mexican National Team will play a series of games without fans, leading up to Liga MX Liguilla in November. Viewers can tune in at home on Univisión and raise a glass to Mexico’s favorite team as they take on Guatemala (Wednesday, 9/30 at 10 p.m. ET), the Netherlands (Wednesday, 10/7 at 2:45 p.m. ET) ), and Argelia (Tuesday, 10/13 at 3 p.m. ET).

Gran Centenario will also launch a fan sweepstakes, providing the chance to win the ultimate at-home-viewing package as the Mexican National Team plays in Mexico and Europe this season. Details to enter will be announced on October 1, 2020.

“Soccer United Marketing is proud to announce a partnership between Gran Centenario Tequila and the Mexican National Team’s U.S. Tour,” said Carter Ladd, Senior Vice President of Soccer United Marketing. “With a shared history for delivering fun experiences, we look forward to working with Gran Centenario to celebrate special moments and engage millions of fans on a deeper lever for many years to come.”

The annual Mexican National Team U.S. Tour (#MexTour) has become one of the most popular sporting events in the U.S., with an average of approximately 50,000 fans per game. With nearly 90 games played since 2002, the Mexican National Team has utilized the matches to reach its fervent fan base across North America and prepare for important competitions like the FIFA World Cup and Concacaf Gold Cup.