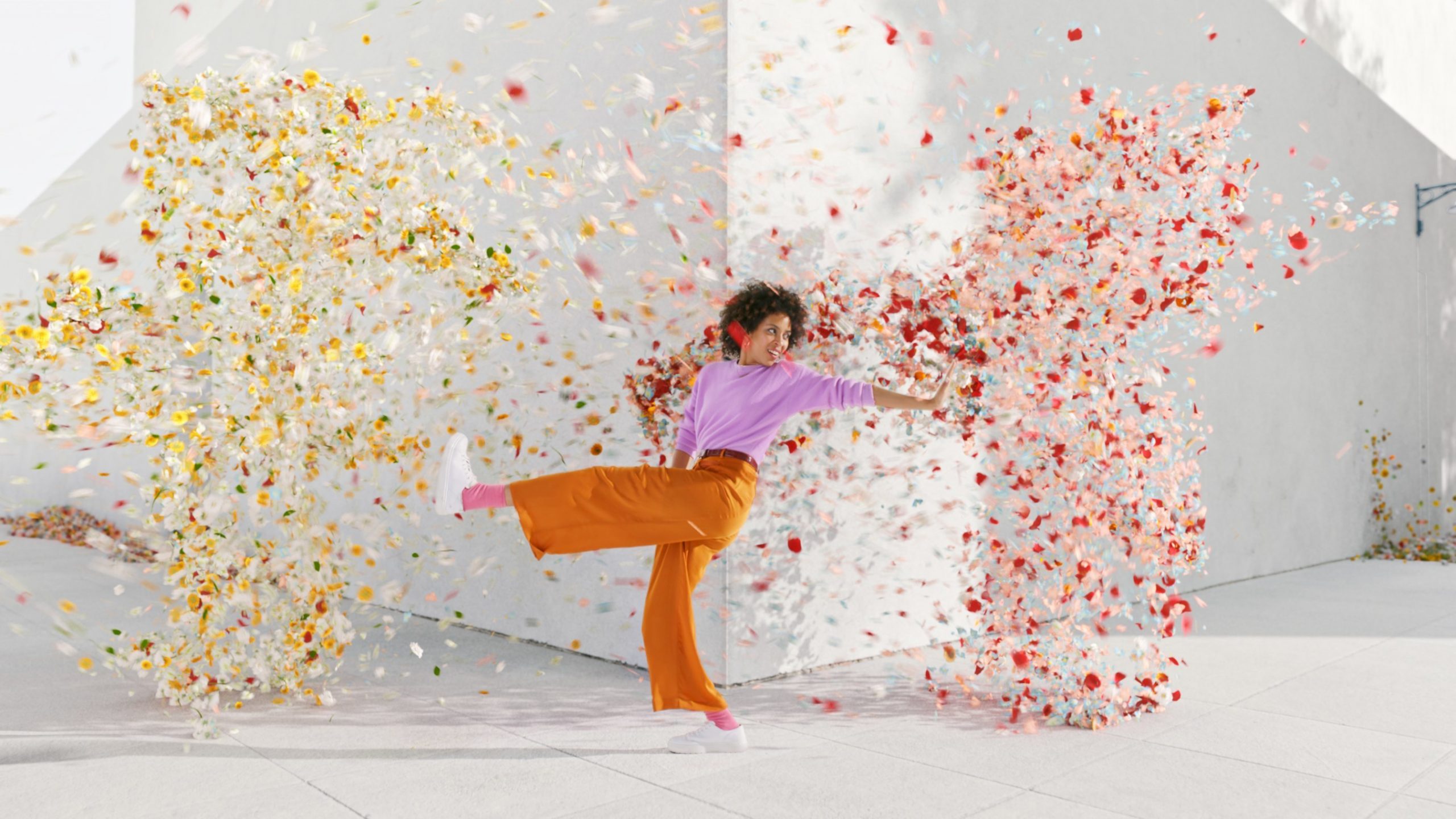 Grey Goose Essences has unveiled its first campaign film. Debuting April 25th, during the pre-show for the Oscars, the 60-second story follows a character who finds herself immersed in a natural world through an encounter with a playful, botanical alter-ego. The encounter develops into a multi-colored duet between the woman and a whirlwind made up of hundreds of thousands of flower petals, each meticulously crafted and rendered through detailed petal and leaf studies. The result is a world that straddles both fantasy and reality, with the goal being to “bring to life the natural ingredients found in every bottle,” says the press release.

“Since hitting shelves in February, Grey Goose Essences has exceeded our sales projections by 50% which illustrates just how strong this emerging subsection of the vodka category is,” explained Martin de Dreuille, Vice President Global Marketing of Grey Goose vodka. “The otherworldly, sensorial journey our main character is immersed in marks the next phase of our Essences campaign and introduces drinkers to a fresh new side of the Grey Goose world.”

The Essences campaign idea was brought to life by Grey Goose creative agency MullenLowe LA. The film was produced by UK-based VFX studio Time Based Arts and directed by James Allen, Mike Skrgatic, and Rob Blishen of TBA Studio, known for their award-winning work in film and television, along with music videos for artists such as Kylie Minogue and FKA Twigs.

The TBA studio simultaneously overlayed choreography with motion capture and floral simulation, pioneering new processes that led to creative evolutions throughout post-production. Ordinarily an unconventional approach for brand films, both client and agency embraced the experimental nature of the project and discovered things together that could never have been dreamed of. Layer in the challenges of operating a production at scale, under strict COVID-19 protocols, where teams worked in isolation, annotating film and editing remotely, and the outcome is a stunning piece of craft and ambition.

“We don’t want to tell people what Essences tastes like, we want them to experience it,” continued de Dreuille. “Everything you see on screen is the epitome of the vibrant and delicious taste inside every bottle.”

In tandem with its broadcast premiere this past Sunday, the Essences campaign film will run across traditional and digital channels, complemented with a range of digital and social-first assets and an exciting series of virtual and in-real-life elements that will be announced throughout spring and summer. The campaign is set to be the biggest launch since Grey Goose Original.