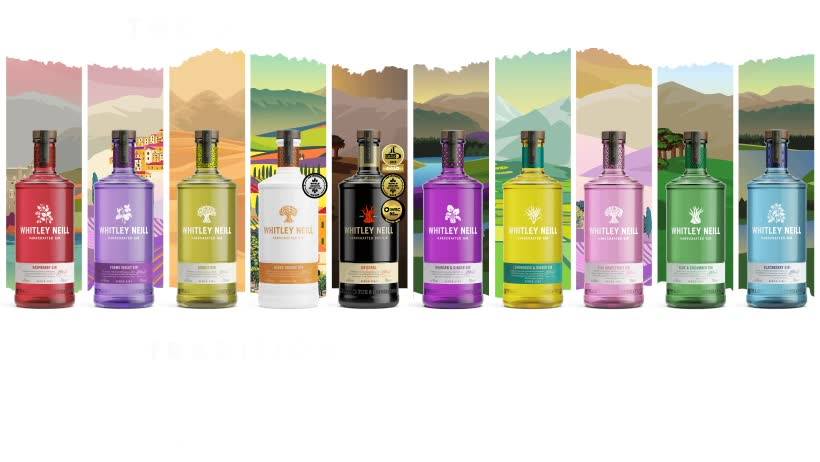 Halewood Artisanal Spirits has unveiled a new Christmas campaign for Whitley Neill Gin. With a budget of  £1.4 million ($1.8m USD) brand awareness is set to be bolstered well in time for Christmas.

Focussing the brand’s Original Dry Gin and Rhubarb and Ginger expression, the new campaign is part of a wider ambition to educate drinkers about the range of flavors in the British brand’s portfolio.

“Unsurprisingly, we’ve continued to see huge growth with the gin category during lockdown,” said Kelly Coughlan, International marketing manager at Halewood Artisanal Spirits. “Flavoured is still responsible for driving the majority of this growth, but non-flavored is also growing.

“We very much see this popularity continuing, and despite the challenges of Covid we are investing heavily in the Whitley Neill brand to further widen its appeal to consumers, demonstrate the versatility of the range and generate increased footfall for the trade. Therefore, in addition to our print/digital ad campaign, we have also been working on ‘Tastes from Around the World’ – a social media partnership with Michelin-starred chef Mark Sargeant, featuring a series of delicious food and gin pairings, as well as providing a range of new assets for our customers to ensure consistent messaging across all channels.”

For retailers interested in sharing the campaign there is a range of assets, including point-of-sale (POS) materials, featuring serving suggestions, plus posters and assets for social media and digital audiences.

Running through November and December, the Whitley Neill Christmas campaign includes adverts at a number of ‘high-impact’ out-of-home sites across the UK. While across both the UK and USA a series of print adverts will also feature in key consumer titles.

Earlier this months Halewood Artisanal Spirits-owned brand Samuel Gelston’s launched a single pot still Irish Whiskey finished in Pinot Noir casks from New Zealand provided by Sam Neill. The new offering is the result of a collaboration between Gelston’s owner Johnny Neill and his cousin Sam, the star of Jurassic Park, Event Horizon, and more recently Peaky Blinder, who has a vineyard in Gibbston, Central Otago.