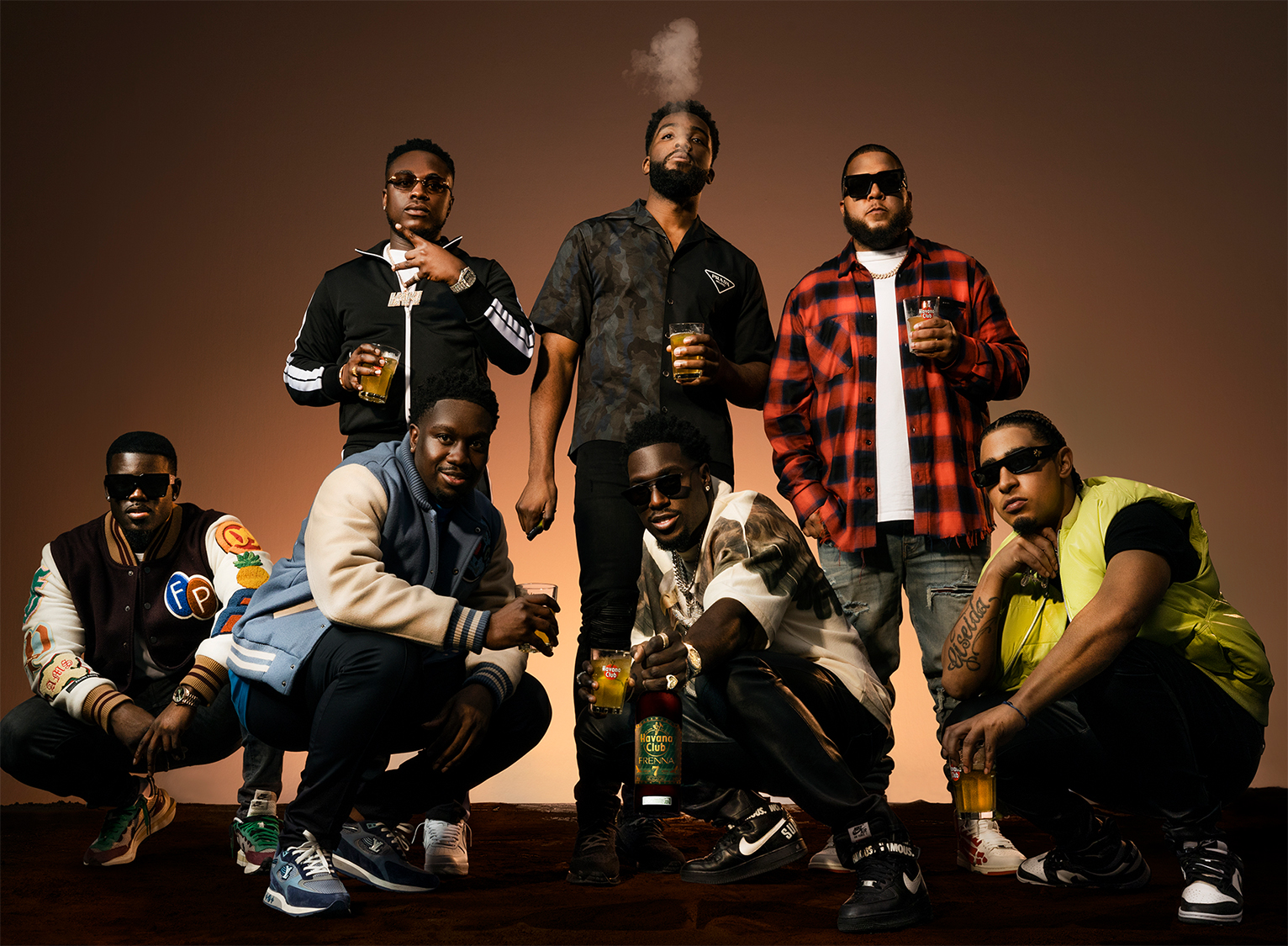 Havana Club has teamed up with rapper Frenna to launch a limited edition bottle of Havana Club 7. The new release is part of the Cuban rum brand’s new “A Toast to the Culture” campaign.

Havana Club and Frenna worked with six up-and-coming artists to create the limited edition bottle of Havana Club 7, a song and video for “Waistline”, plus an oil portrait of Frenna that was inspired by the parallels between Cuba and the Ghanaian heritage of Frenna.

The limited edition bottle was designed by Amsterdam-based designer Julian Roebling. The bottle features nods to Frenna’s heritage, plus his signature ‘777’ logo. Ghanaian cultural symbols have also been woven into the design, such as seven adinkra symbols to signify greatness, bravery, creativity, wisdom of the past, strength, and hatred.

“We are delighted to announce our collaboration in the Netherlands and Belgium with leading artist, Frenna, an artistic celebration of the cultural connections between Cuba and Ghana,” said Anne Martin, global marketing director at Havana Club International. “This partnership marks the next chapter in Havana Club’s series of successful collaborations with renowned artists and brands including Skepta, Bad Gyal and Dally Paper.”

The limited edition bottle is available now in the Netherlands and Belgium at Gall & Gall, Drankdozijn and select Belgian shoe stores.

The song, “Waistline,” was produced by Rotterdam-based Zedorix, while the accompanying video was directed by Robin van Geeman. Ela van der Jeugd was in charge of styling, and photographer Calvin Pausania – who has worked with Nike and Footlocker, and Memphis Depay for Gaffer and Valentino in the past – captured the campaign on camera.