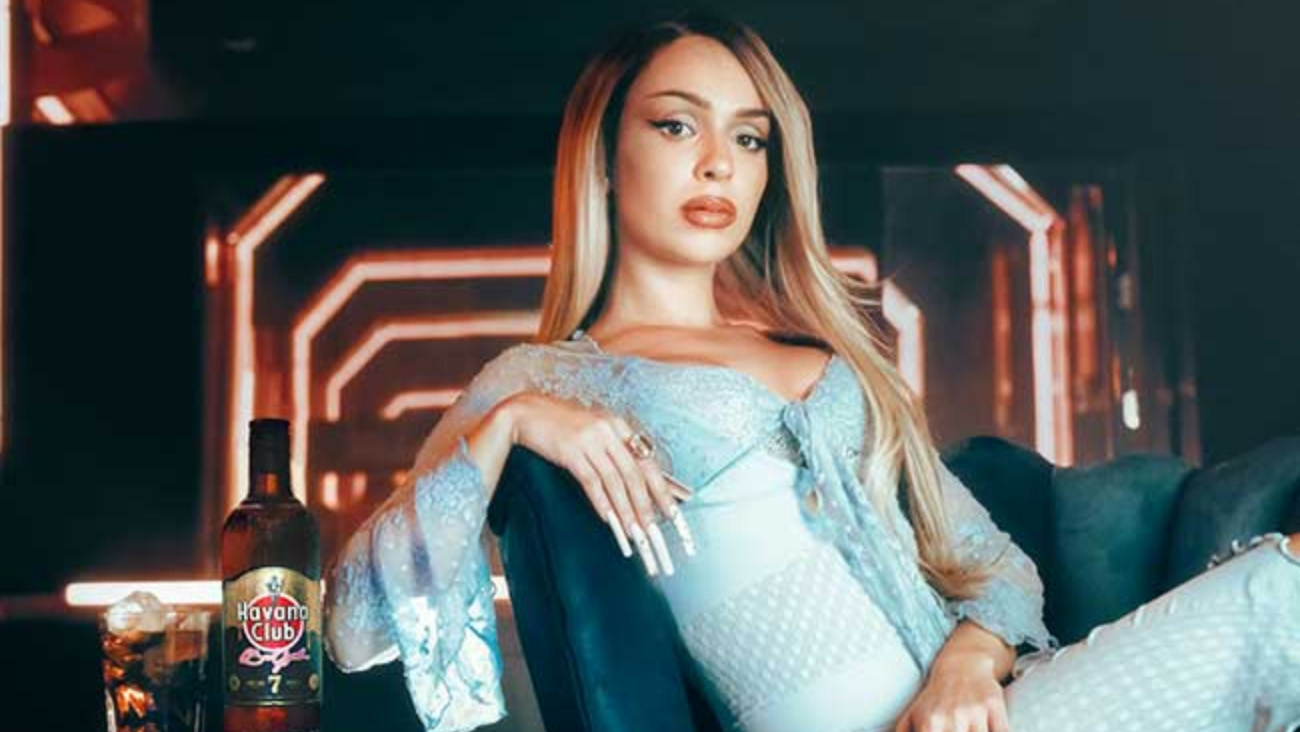 Havana Club rum has teamed up with Spanish DJ Bad Gyal to launch a limited edition bottle. The bottle was designed by the DJ, born Alba Farelo i Solé, and features a gold and pink label that glows in the dark.

The Havana Club 7 x Bad Gyal rum was created to symbolize the union of the artist’s “authentic urban energy” and the rum brand’s Cuban roots. The design also pays tribute to parties and entertainment.

“We are thrilled to be partnering with Bad Gyal in Spain, building this project around her communicative energy,” said Anne Martin, global marketing director of Havana Club. “This collaboration perfectly embodies Havana Club’s endeavour to build strong communities locally with artists that share the brand’s values.”

“A party is the place where I connect with myself and with everyone who is there, you can feel the music and when that happens, those of us who are gathered together connect with each other – it’s an energy that makes me feel alive,” commented Bad Gyal.

The partnership has also resulted in a short video that was filmed in Barcelona to the soundtrack of Bad Gyal’s Fiebre. The song was performed as an instrumental piece by Cuban artists for the spot. Watch the video below

In July 2020, Skepta teamed up with Havana Club to design the limited edition Skepta Havana Club 7 Rum bottle. Inspired by the MC’s Nigerian heritage and Havana Club’s Cuban roots, the collaboration arose after Skepta traveled to Cuba in 2019. Last September, the rapper created his own iteration of Havana Club rum, called Rum of Skepta.