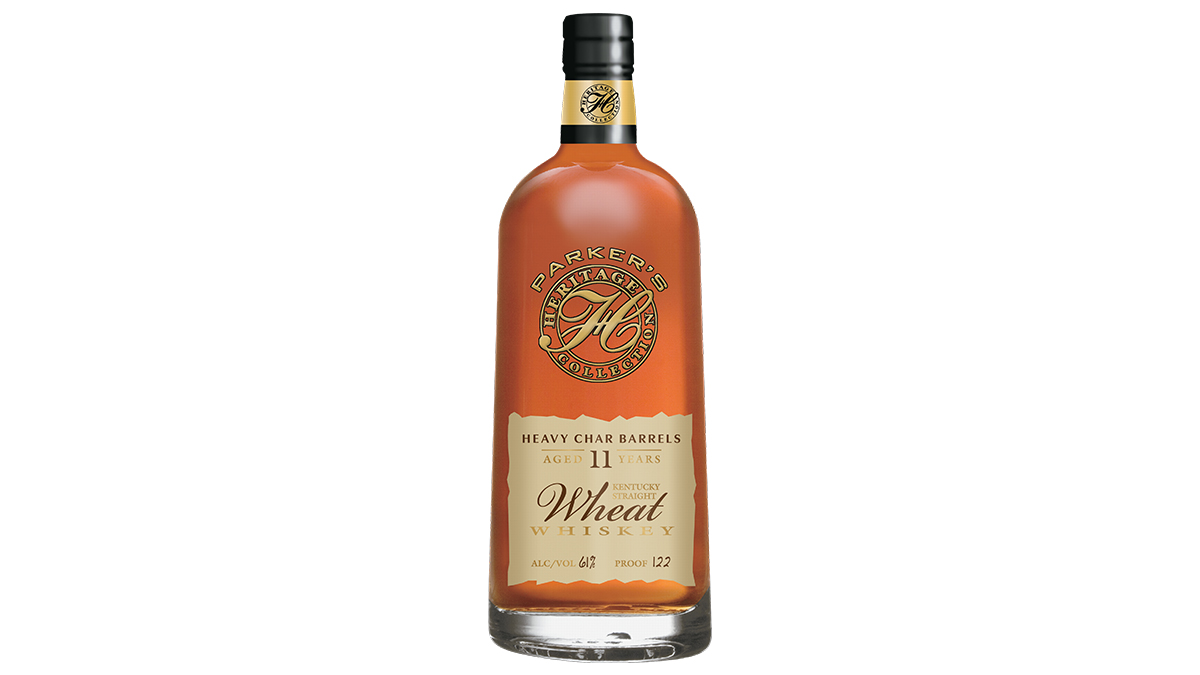 Heaven Hill has announced the details surrounding the 15th Edition of its acclaimed Parker’s Heritage Collection. The whiskey was created to help battle ALS, which claimed a former master distiller.

The Heaven Hill Parker’s Heritage 15th Edition comes from just 75 barrels, each of which was charred for 1 minute and 30 seconds (Level 5). The heavy char barrels were filled with the distillery’s wheat whiskey mashbill (51% wheat, 37% corn, 12% barley) and aged for 11 years on the 6th floor of Rickhouse Y. Bottled at 61% ABV, it is non-chill filtered.

Parker’s Heritage was launched 15 years ago to raise money to fight ALS, also known as Lou Gehrig’s disease, after master distiller Parker Beam was diagnosed with the illness in 2010. Previous editions have raised more than a million dollars for research and patient care. Parker Beam died in 2017.

The 2021 version, which will contribute a portion of the proceeds to the ALS Association, and is set to hit shelves across the United States in September.

For more information, head over to Heaven Hill’s official website.

In June, Heaven Hill Distillery announced the release of Five Brothers Small Batch Kentucky Straight Bourbon Whiskey. A small batch blending of five ages of bourbon, the whiskey pays homage to the courage, dedication and solidarity of the five Shapira brothers who started it all in 1935.

In May, the distillery launched Square 6 Kentucky Straight Bourbon Whiskey, the first bottled bourbon produced at its artisanal distillery located in the Evan Williams Bourbon Experience.

In January, Heaven Hill unveiled its first official environmental sustainability strategy that will guide the Kentucky-based distillery for the next 10 years. The plan focuses on crucial areas: water, emissions, waste, and conservation.