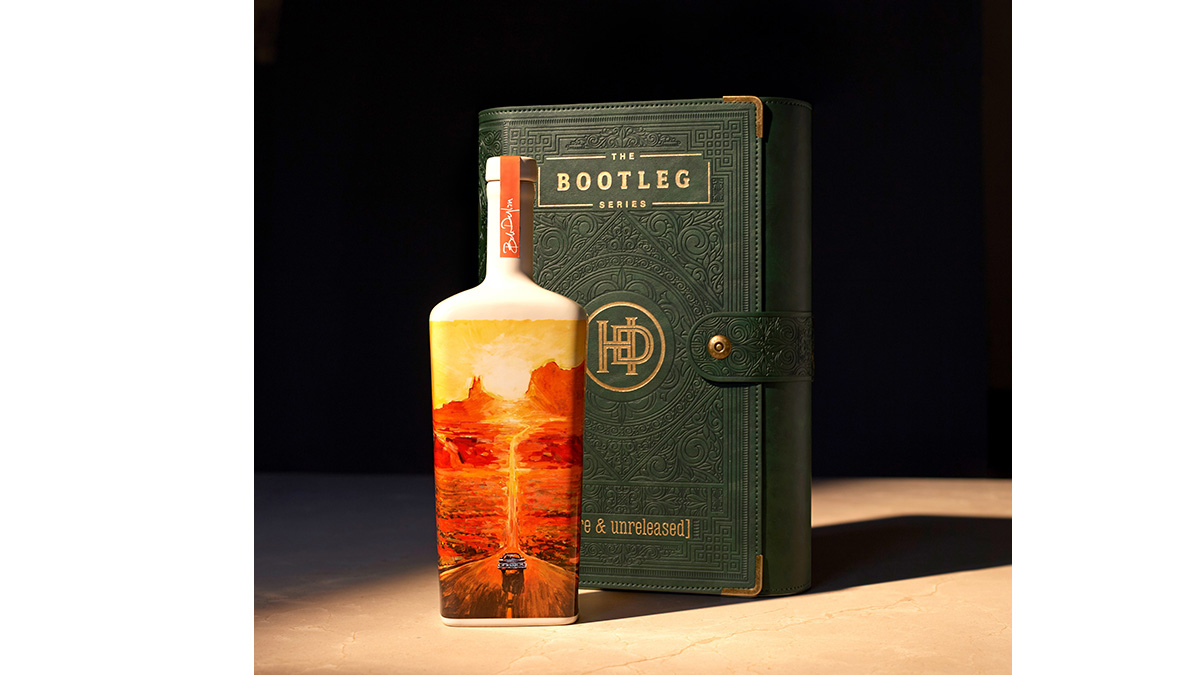 The Bootleg Series is a limited-edition collection of rare whiskeys and special blends from the spirits line co-created by Bob Dylan. Last year, the inaugural release of The Bootleg Series (Vol I), received The Chairman’s Trophy and was named to the Top 100 Spirits at the Ultimate Spirits Challenge 2020 and sold out immediately upon release.

“The inaugural release of The Bootleg Series (Vol I) was a 26 year-old whiskey finished in Japanese Mizunara oak casks,” explained Marc Bushala, CEO of Heaven’s Door Spirits. “It was a really special rare whiskey and set a high bar for future Bootleg releases.”

“After nearly two years of experimentation with different blends and barrel finishes, we have created an incredible whiskey for the Bootleg Series Vol II,” said Heaven’s Door Master Blender Ryan Perry. “I was intrigued by the idea of using Jamaican pot still rum casks to imbue the 15 year-old cask strength whiskey with a soft, round and lasting finish that is distinctive and complex.” After nearly a year in the rum barrels, the whiskey yielded “hints of maple syrup on the nose, notes of toasted coconut, holiday spice, and toasted oak on the finish,” said Perry.

The painting that adorns Bootleg Series Vol II, Sunset, Monument Valley, was recently featured in Bob Dylan’s Retrospectrum at the Modern Art Museum in Shanghai, China, along with more than 250 of Bob Dylan’s artworks in an array of media.

With fewer than 3,000 bottles for sale at a suggested retail price of $499.99, Heaven’s Door Bootleg Series Vol II is now available for pre-order on ReserveBar.com, and will be available in select retailers come early November.