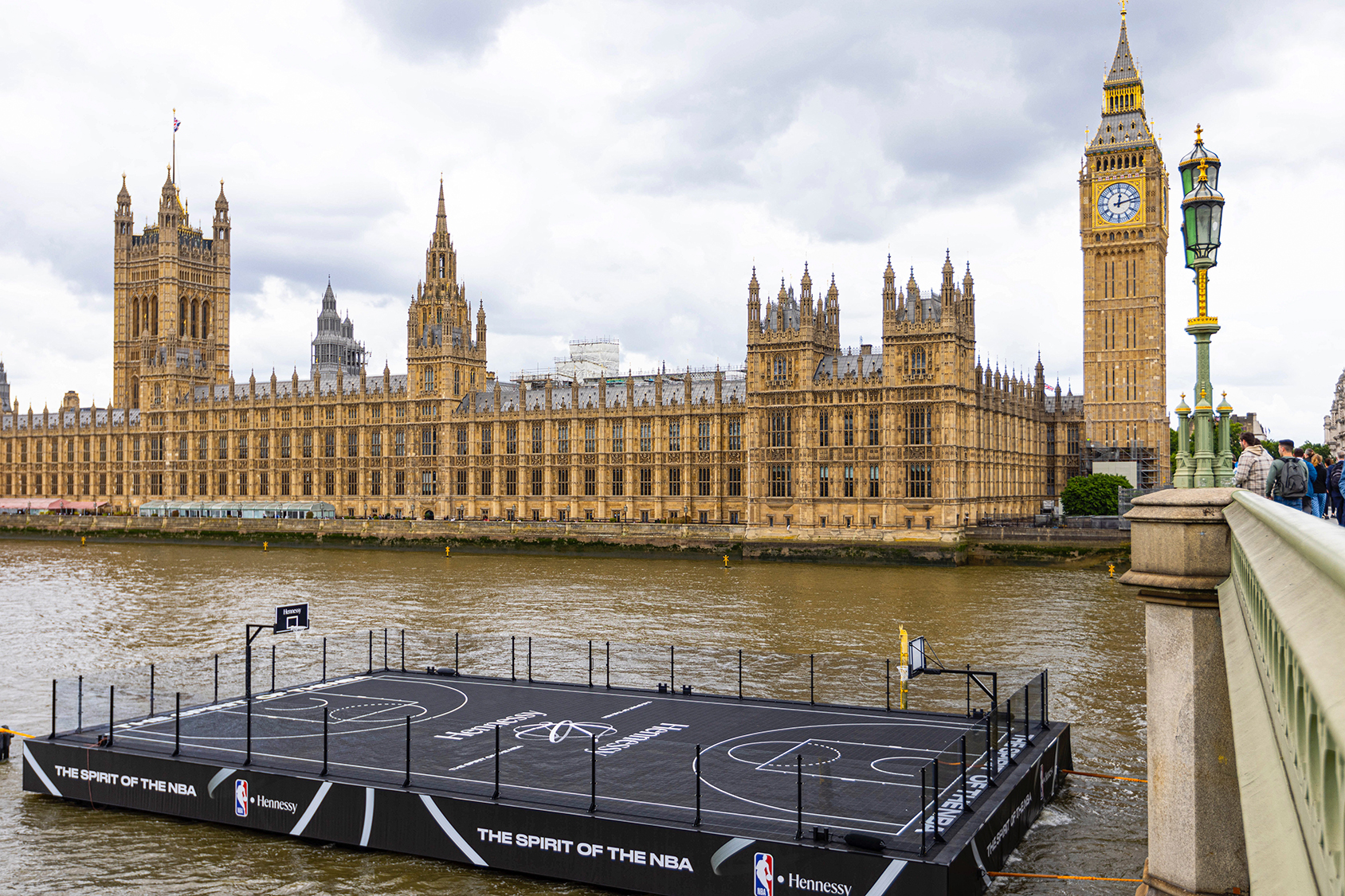 Hennessy and the NBA have unveiled the UK’s first floating basketball court on the Thames in London, in celebration of the NBA’s 75th Anniversary Season and the 2022 Finals. The new court, which is traveling along the river from Woolwich to The Houses of Parliament, will kick off a three-day celebration of basketball in the capital.

Upon its docking at Butler’s Wharf, the court will play host to an opening ceremony featuring rap powerhouse AJ Tracey, honouing the long-standing connection between basketball and hip hop, and the sport’s influence on UK culture. The West London born rapper will take to the court for an exclusive live performance at 7.30pm BST, broadcast to fans worldwide.

Speaking on his involvement in the event, AJ Tracey says: “It’s incredible getting NBA fans, like myself, to come together and celebrate the NBA’s 75th Anniversary Season this year. Moments like this really put London’s love of the game on the map, and with the ongoing support from Hennessy, I’m excited to see the impact it has on basketball in the UK and the communities it’s giving back to.”

On Friday June 10th, the court will play host to a star-studded tournament, “London’s Got Game”, bringing together some of the capital’s biggest names and vital communities in street culture. Fans can follow the action online, which will be hosted by British professional basketball player, Ovie Soko.

On Saturday, June 11th, the court opens to the public, as Hennessy invites the city’s basketball fans ages 18+ to celebrate the NBA and play on the floating court at a free-to-attend event. Attendees will have the chance to take part in free throw challenges and learn trick shots from the pros, whilst enjoying one complimentary Hennessy cocktail plus street food and live DJs.

The activity, which celebrates London’s love of basketball, continues a long-term, global commitment from Hennessy to invest in the sport. Following court makeovers in Montreal, Johannasburg, Barbados, and Hong Kong, the brand will be renovating one community court in the UK and working with a local British artist to reimagine what it looks like.

Fans can tune into AJ Tracey’s performance at 19.30 BST > HERE

The London floating basketball court is the latest iteration of “Courts Beyond Limits” – a globe traveling series from Hennessy and the NBA that unveils first-of-their-kind basketball courts at iconic locations around the world. Courts Beyond Limits first premiered in Australia in May 2021 with a takeover of Bondi’s Icebergs Ocean Pool and was followed by pop-up courts in Lagos, London, Hong Kong, Shanghai, and Sydney.