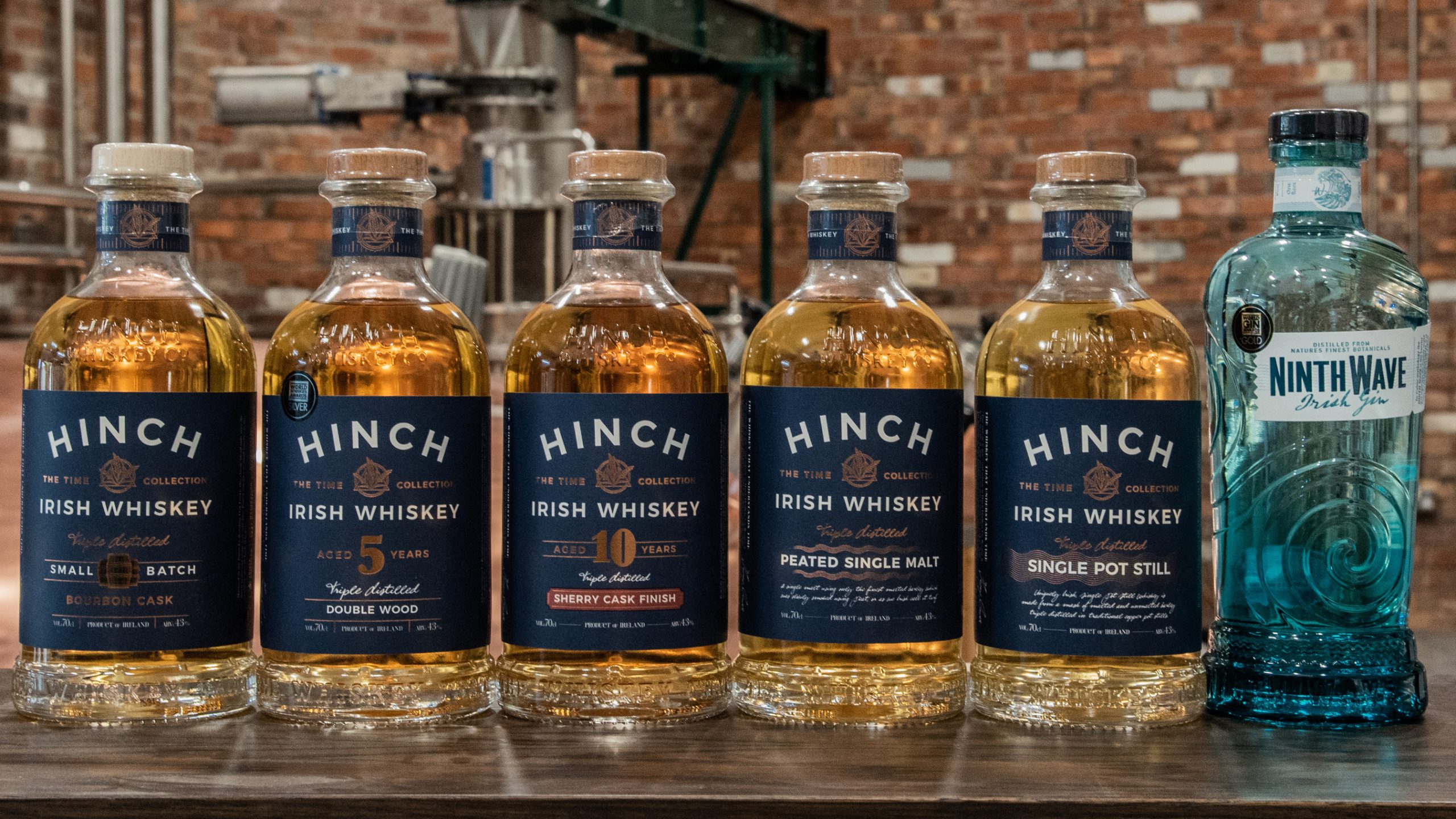 Hinch Distillery Co. will be releasing their Irish Whiskey in the United States. The County Down-originated brand has ramped up its global exporting activity through a new partnership with US distributor, Chopin Imports.

The collaboration will see Hinch launch across the American market, which accounts for 40% of Irish whiskey sales globally as of September 2020. It will also create an avenue through which the company can debut its Celtic-inspired Ninth Wave Gin brand in what is the world’s second largest gin market.

These awards follow more than a dozen other wins for Hinch Distillery in 2020, including Gold Medals for Ninth Wave Gin at the World Gin Awards, Australian International Spirits Competition, Canadian Alberta Beverage Awards, and multiple wins for Whiskey and Gin at the ISC and IWSC, London.

Hinch Distillery Chairman, Dr Terry Cross OBE, said: “Taking our first ever trophy at CWSA 2020 makes the team very proud and is a highlight for us during what has been a very surreal year for business. The awards demonstrate that our hard work and technical knowledge is recognised at the highest level”.

Hinch Distillery has also made strides into the growing Irish whiskey market in Taiwan with the appointment of distributor, Brandwerk, who are a new player in the premium spirits category.

In 12 months, the world-wide response to Hinch Whiskey and Ninth Wave Gin has been phenomenal with distributors also added in a further 20 countries. The distillery launched its plans for a £15m distillery and visitor experience in Belfast last November