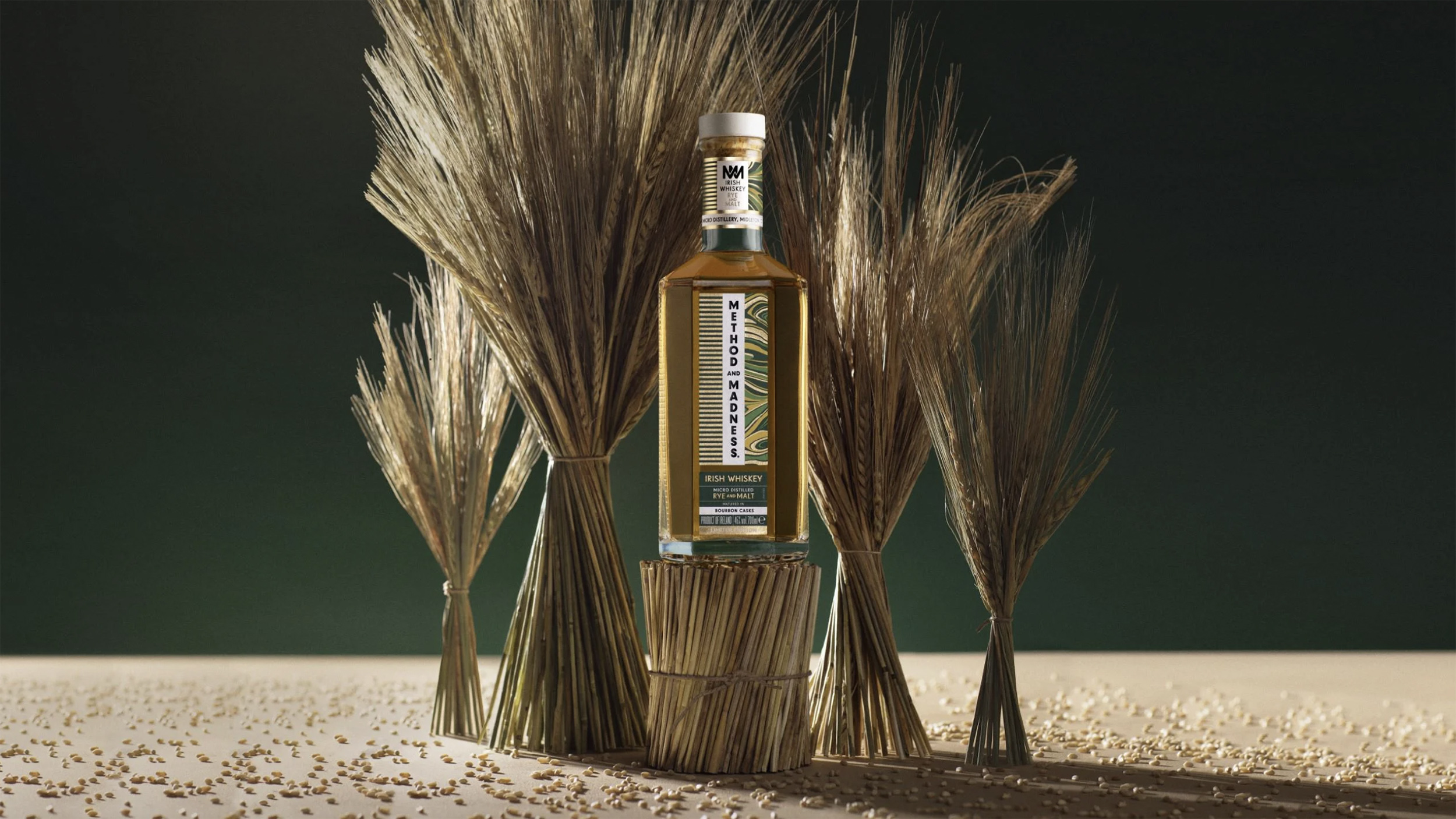 Irish Distillers, the brand behind Jameson, Redbreast, and many of Ireland’s most iconic brands, is continuing to push the boundaries of Irish whiskey with the launch of Method and Madness Rye and Malt. The new whiskey is the first aged experimental distillate created at the company’s innovation hub in Midleton, the Micro Distillery.

Method and Madness Rye and Malt is made from 60% rye and 40% grain. The Micro Distillery team double-distilled the mash of rye and malted barley and left it to mature in ex-bourbon American oak barrels.

Hand-crafted under the creativity and care of Distiller Katherine Condon, who joined Irish Distillers as part of the company’s Graduate Distiller Programme in 2014, the Irish whiskey is “bursting with floral notes and a spicy character” which represents the young team’s “fearless and relentless approach to trial and error.”

On the nose, the whiskey delivers aromas of lemon balm, floral lavender, and clove spice. The palate features white pepper, chili flakes, and toasted wood. The finish offers fading fruits, and lingering spice, along with notes of cereal malt and barley.

“It has been an honour to be part of the Micro Distillery team from its inception in 2015 to today, sharing the first ever drops of whiskey produced there with the world, said Condon. “We have been inspired by the innovators in Irish whiskey who came before us. In turn, we have questioned tradition and challenged convention to follow their inspiration and drive the Irish whiskey category forward for a new generation of creators, consumers, and indeed, suppliers.”

Bottled at 46% ABV, the limited-edition Method and Madness Rye and Malt Irish Whiskey will be available beginning September 20 in Ireland, the UK, Dublin Airport and online for €95.

For more information, head over to Method and Madness’ official website.