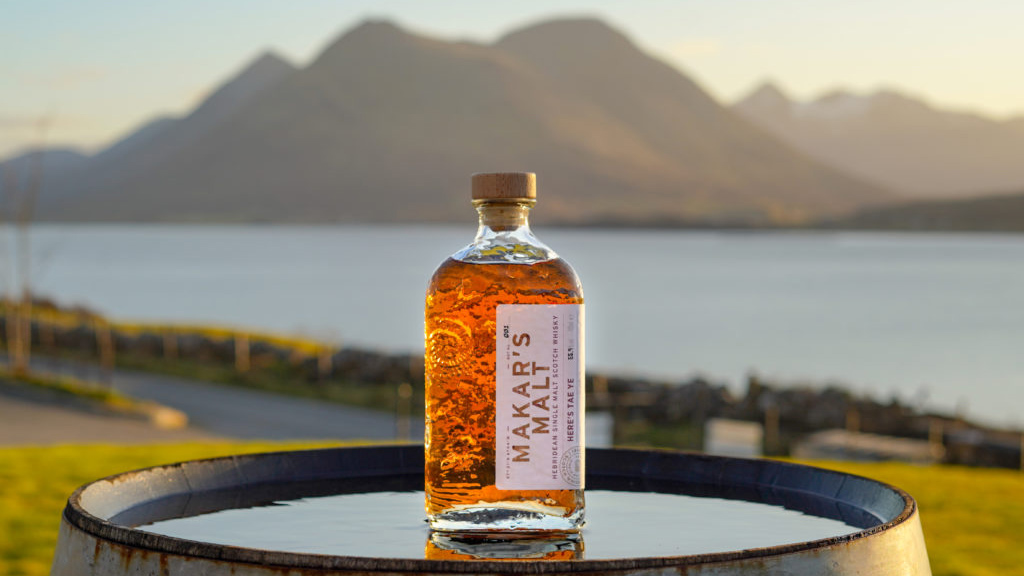 The Isle of Raasay Distillery has released a single cask Scotch Whisky dubbed Makar’s Malt to celebrate the tenure of Jackie Kay as Scots makar, the Scottish national laureate. The Island distillery will donate a portion of sales to charity.

Jackie Kay has held the position of Scots makar and national poet of Scotland since 2016, and is the third makar to have been appointed by the Scottish government. To mark her departure from the role, the Isle of Raasay Distillery has created a single cask Whisky to commemorate her work.

Bottled at 53.2% ABV, Isle of Raasay Makar’s Malt Whisky is limited to 375 bottles and features a Kay’s poem “Here’s Tae Ye!” on the label. The Scotch Whisky Association (SWA) arranged the collaboration between the poet and the distillery.

“We’ve been delighted to work with Jackie on the Makar’s Malt, which is a fabulous celebration of poetry and whisky – both of which are central to Scotland’s identity, and to its past, present and future,” said Karen Betts, chief executive of the SWA. “In what has been a difficult 12 months for so many people, as well as for distillers, this is good news to enjoy. I hope it will inspire people to visit our Hebridean distilleries, of which the Isle of Raasay Distillery is one, when they are able to once the pandemic has eased. They will not be disappointed – by the whisky, poetry nor the views.”

Priced at £75 ($104 USD) per 700ml bottle, 10% from the sale of each bottle will be donated to Glasgow Women’s Library, which in addition to being a lending library is also an archive about women’s lives dating back to the 1930s.

In November, Isle of Raasay Distillery bottled its Inaugural Release 2020. The single malt Whisky is the first legally produced on the distillery’s namesake Hebridean island, which sits between the Isle of Skye and the Scottish mainland.