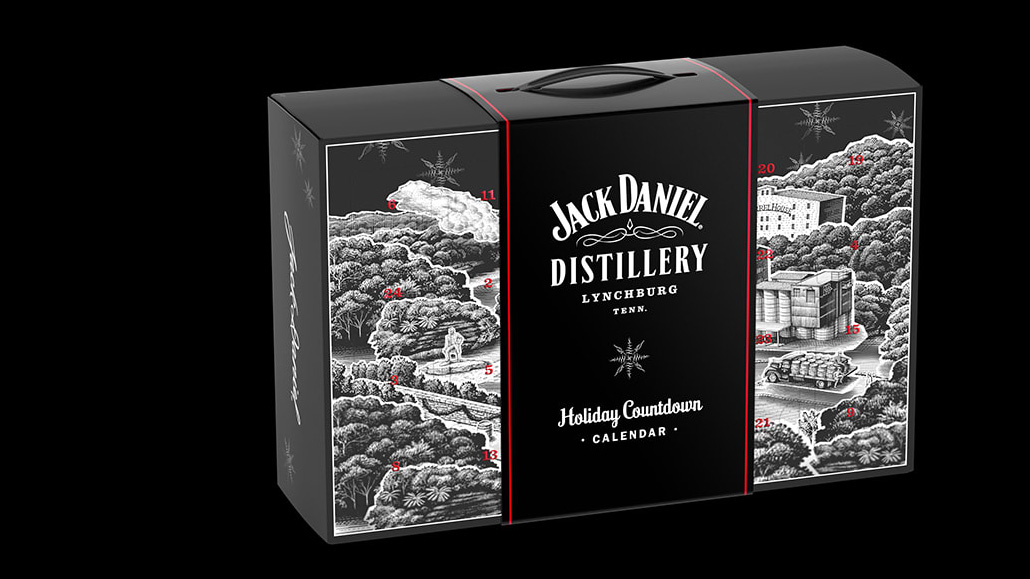 Jack Daniel’s has unveiled its 2020 Holiday Countdown Calendar. The Tennessee Whisky brand’s annual advent-style calendar is filled with some delicious offerings from the distillery and its family of brands.

The calendar will also contain premium items, including four shot glasses with various logos from the Jack Daniel’s family of brands. Calendars outside the US will include an extra 50ml bottle of Jack Daniel’s Tennessee Whiskey, as well as a key ring, jigger and shot glasses, each branded with the Jack Daniel Distillery logo.

“We launched our Holiday Countdown Calendar three years ago to give friends of Jack Daniel’s a fun way to come together and celebrate the season,” said Jack Daniel’s Global Brand Director Matt Blevins. “We’re excited to feature a brand new selection of bottles and gift items this year, making it our best and most exclusive calendar yet.”

The Jack Daniel’s 2020 Holiday Countdown Calendar is set to hit shelves in November for the price of $80. This year marks the third holiday season it has been released.

Earlier this month, Jack Daniel’s announced Whiskey maker Chris Fletcher will take over the reins as Master Distiller of the iconic Tennessee Whiskey brand. Fletcher, 39, had previously served for six years as Assistant Master Distiller, and will be responsible for the overall quality of Jack Daniel’s from grain to glass, innovation, and serve as a global ambassador. In addition, he will oversee the distillery’s new “Distillers in Training” program, which aims to recruit, teach, and mentor the next generation of Whiskey makers.