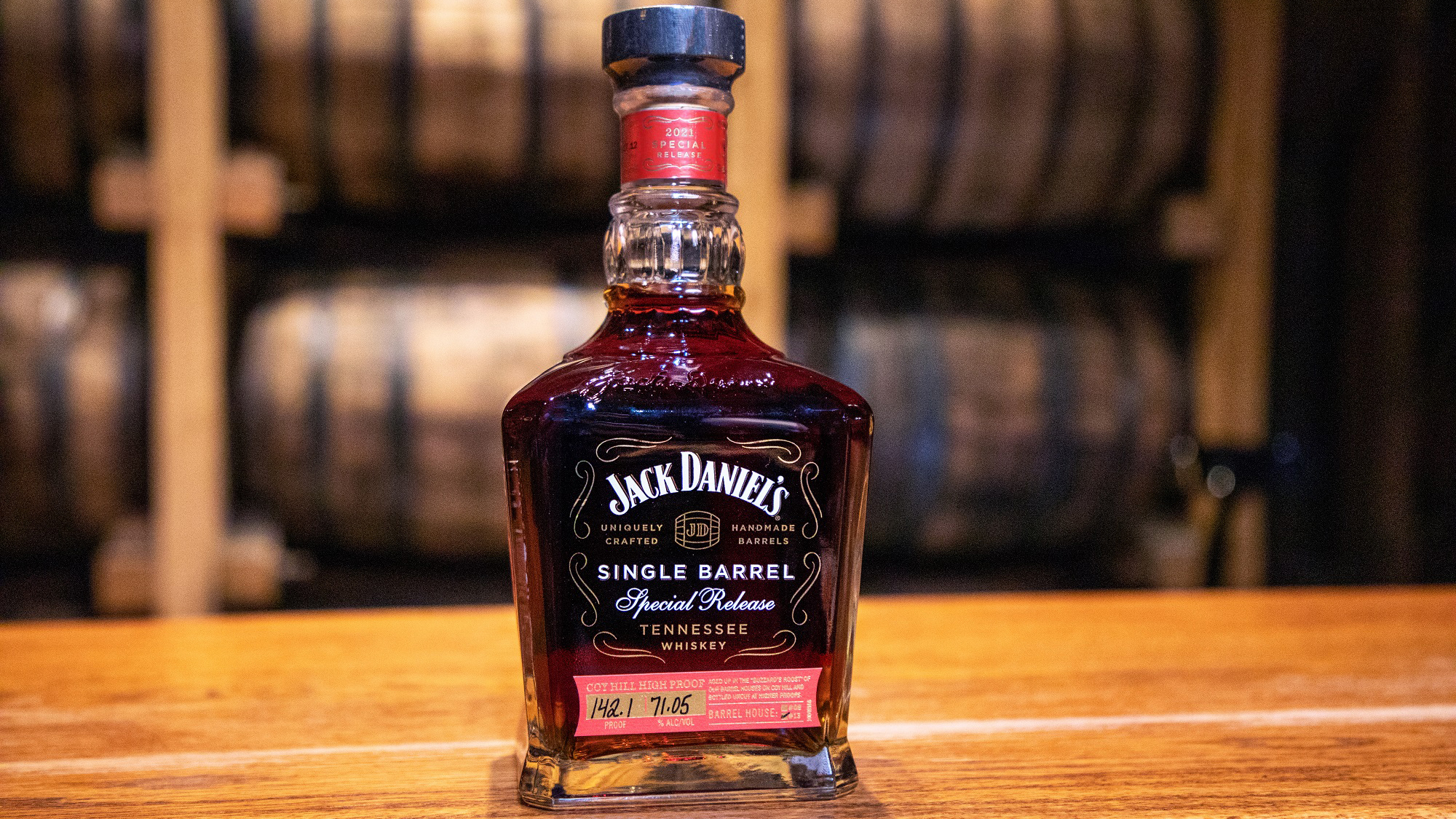 Jack Daniel’s has announced the launch of the 2021 Single Barrel Special Release, Coy Hill High Proof. This high-proof Tennessee whiskey was aged on the top ricks of the oldest barrel houses on Coy Hill, the highest hill on the Jack Daniel Distillery property in Lynchburg, Tennessee.

The limited edition whiskey is bottled at proof points ranging from 137.4 up to 148.3 and marks the highest proof whiskey ever released from the Jack Daniel Distillery. The Coy Hill High Proof gives an aroma of seared oak and dark brown sugar with flavors of bold baking spices and a lingering finish of toffee, smoke and rich leather.

Coy Hill High Proof is made from Jack Daniel’s classic 80% corn, 12% malted barley and 8% rye grain bill. The whiskey is mellowed drop by drop through 10-feet of sugar maple charcoal before entering barrels located within Coy Hill barrel houses #8 and #13. The spirit is then matured until it is later bottled, uncut, from those single barrels.

“The Coy Hill High Proof is all about pushing the limit for single barrel maturation to create one of our boldest, most innovative whiskeys we have ever released,” says Jack Daniel’s Master Distiller Chris Fletcher. “It highlights one of the unique attributes of the Jack Daniel Distillery – the dry air of the highest floors of the barrel houses – and the amazing impact it has on whiskey making.”

The limited-edition Coy Hill High Proof will hit shelves starting in November, and is available in a 750ml size for $70. Due to the high barrel strength, the bottle should remain upright at all times unless being poured into a glass for drinking in a responsible manner.

Last month, Jack Daniel’s was named the most valuable spirit brand in the world, according to management consulting company Interbrand and its Best Global Brand 2021 report. In August, The Jack Daniel Distillery announced the release of Jack Daniel’s 10-Year-Old Tennessee Whiskey, the brand’s first age-stated whiskey in more than 100 years.