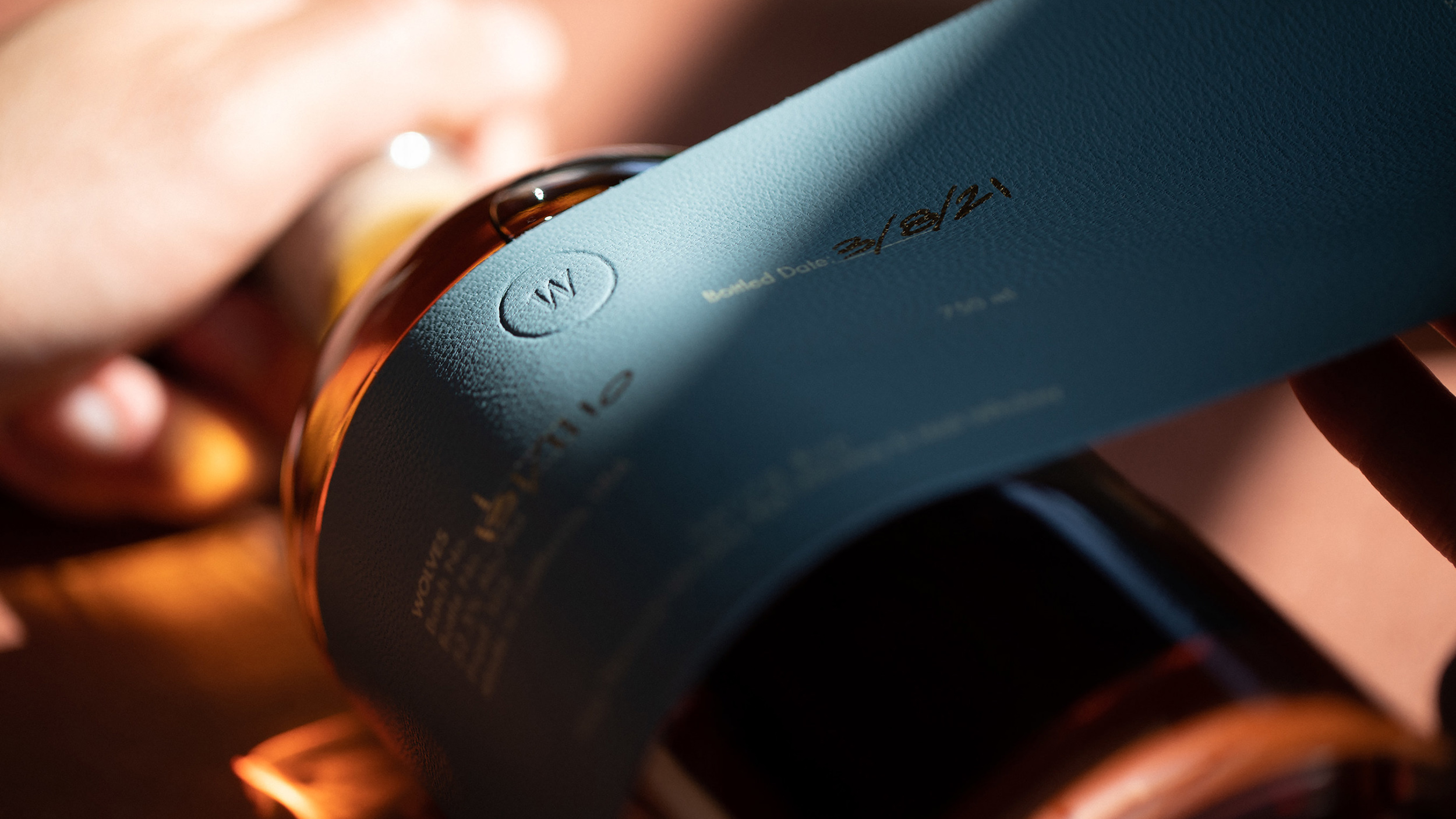 After selling out of their initial releases in days, James Bond (Undefeated), Jon Buscemi (Buscemi, Truff, Oliver Peoples), and their partners are back with the third limited, online-only, Wolves whiskey release titled “Spring Run.”  Spring Run will be available first to those on the Allocation List available at the brand’s official website, and second to the general public on May 19, 2021 at the same site. This will be the last “Run” for a while, as Wolves gears up for a special collaboration with Willett Family Estate.

Like prior Runs, Wolves  Spring Run contains (1) whiskey distilled from craft Stout beer, aged in French Oak for 10 years, (2) whiskey distilled from craft Pilsner beer, aged in New American Oak for 6 years, (3) a Rye selected for its spice, and (4) a single malt whiskey aged for 9 years in used French Oak. The flavors hint strongly at Wolves’ critically acclaimed First Run, exuding the hoppiness, chocolate, and citrus notes that it’s forerunner became known for.  The nose is slightly sweet, delivering honeysuckle, hops, and warm vanilla.  After another year in the barrel, Spring Run brings grapefruit, dark chocolate, hops, and nutmeg to the pallet.

The Pilsner, Stout, and Single Malt whiskeys were distilled by 13th generation Master Distiller Marko Karakasevic in Sonoma County using a rare, copper brandy still imported from Cognac in the early 80’s. The brandy still is slow, but it creates considerable body.  And because the Stout and Pilsner whiskies are distilled from finished craft beer, the hoppy notes are pronounced and the nose is slightly sweet. The team landed at 105 proof for this edition.

“When we re-released First Run from the Founders Reserve in December, and it sold out in seconds, we knew we wanted to do another Run to get some more on the market,” noted Wolves founder Jon Buscemi.  “Marko is a generational artisan working with a tried-and-true still, and we’re honored to work with him again on this.  The custom dyed Robin’s Egg sheepskin on the glass is a beautiful addition to my bar, and I’m excited for my friends and family to get a crack at this.”

Each bottle of Spring Run is wrapped by hand in a Robin’s Egg Blue sheepskin leather, which is laser cut, embossed, printed with UV light, and laid flush to the glass by hand.  The bottle is heavy and French-cut, while the cork top is made of Maple wood. Each bottle is numbered by hand before being placed in Wolves’ canvas sleeve.

Wolves produced 1100 bottles of Spring Run, a portion of which will be available to the Allocation List on May 19, 2021 on a first-come, first-served basis. The whiskey is priced at $200 with free shipping for Allocation List Members.