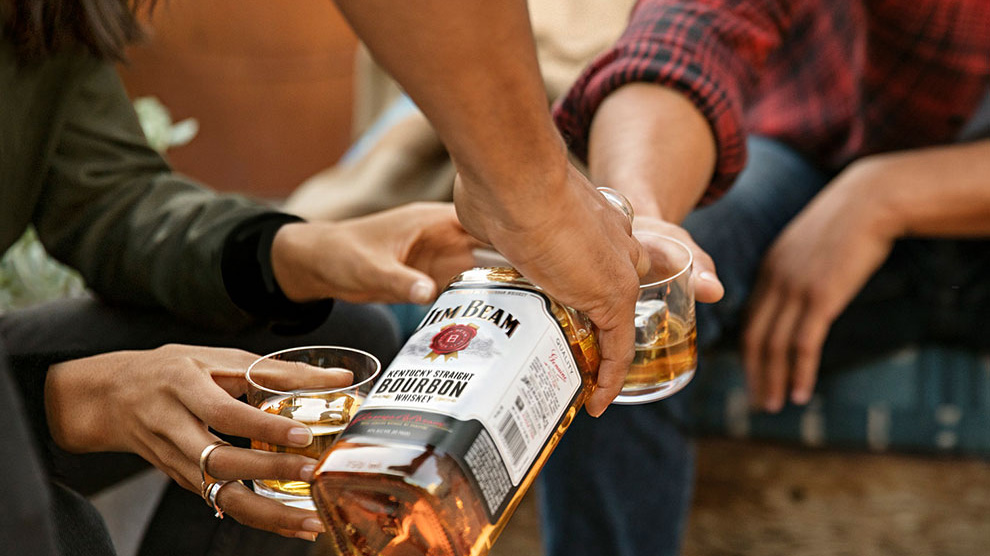 Jim Beam Original is where it all began back in 1795. It’s the entry level Bourbon from the now Beam Suntory-owned Whiskey and often referred to as the “white label,” in many ways, the direct challenger to Jack Daniel’s Old No. 7, which is known as the “black label.”

This Kentucky straight bourbon features a mashbill composed of corn, rye, and malted barley. It is aged in new, charred American oak barrels for at least four years. The back of some bottles shows the faces of the brand’s master distillers.

Sweetness wafts onto the nose with notes of vanilla, corn, maple syrup, and a bit of cereal. The palate features toasted oak, more vanilla and a touch of peppery spice. The finish finds more oak along with syrupy sweetness and a little fire.

Jim Beam Original is quite versatile and can be drunk straight, on the rocks, or in a cocktail. If you’re looking to mix something up, the brand recommends a Bourbon Milk Punch:

In a pitcher, whisk together milk, half-and-half, bourbon, sugar and vanilla. Freeze until slushy and ready to serve. Stir before serving it in a chilled glass, finished with a few gratings of fresh nutmeg. Garnish with a cinnamon stick.