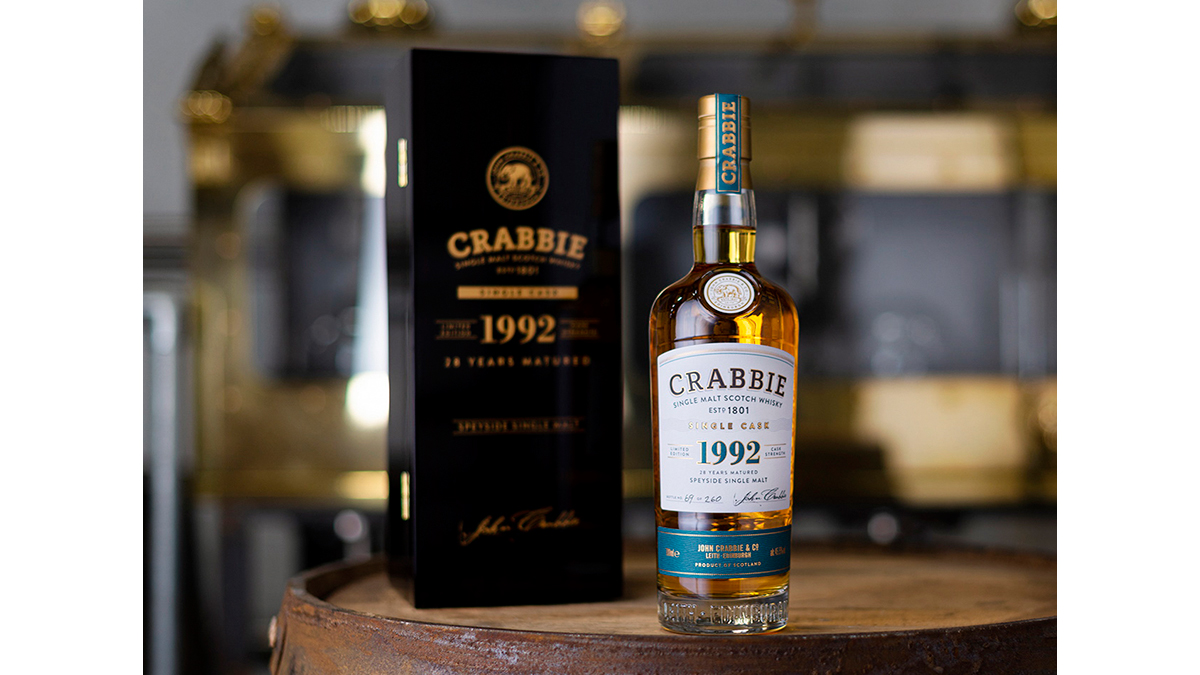 Halewood Artisanal Spirits has released a vintage 1992 Speyside single malt Whisky from its John Crabbie & Co brand. Just 260 bottles of the 28-year-old Scotch will be made available.

The John Crabbie & Co 1992 Speyside single malt is one of the Scotch brand’s oldest bottlings to date. The Whisky matured for 28 years in a single cask from an unspecified distillery in the Glenlivet valley and has been bottled 45.5% ABV at the Crabbie’s distillery in Edinburgh.

“John Crabbie was well renowned for sourcing whiskies from the very best distilleries in Scotland, and as we seek to continue his legacy – this 1992 Speyside Single Malt is certainly no exception,” said John Kennedy, commercial controller for Scotland, John Crabbie & Co. “Given the quality of the liquid and the real rarity of an age release from this Speyside distillery, this is an incredibly exciting launch for the John Crabbie brand, and we’re confident that it’ll be well received amongst whisky fans. Plus, with the price point, and the limited production, we don’t think it’ll be available for long.”

The 28-year-old Whisky offers notes of fresh fruit on the nose, and hints of spicy oak, toffee apples and chocolate caramels on the palate, followed by a “smooth, sweet creamy finish.” The packaging, meanwhile, features embossed detailing of the Crabbie elephant logo and the words “Leith, Edinburgh.” It comes in a wooden presentation case.