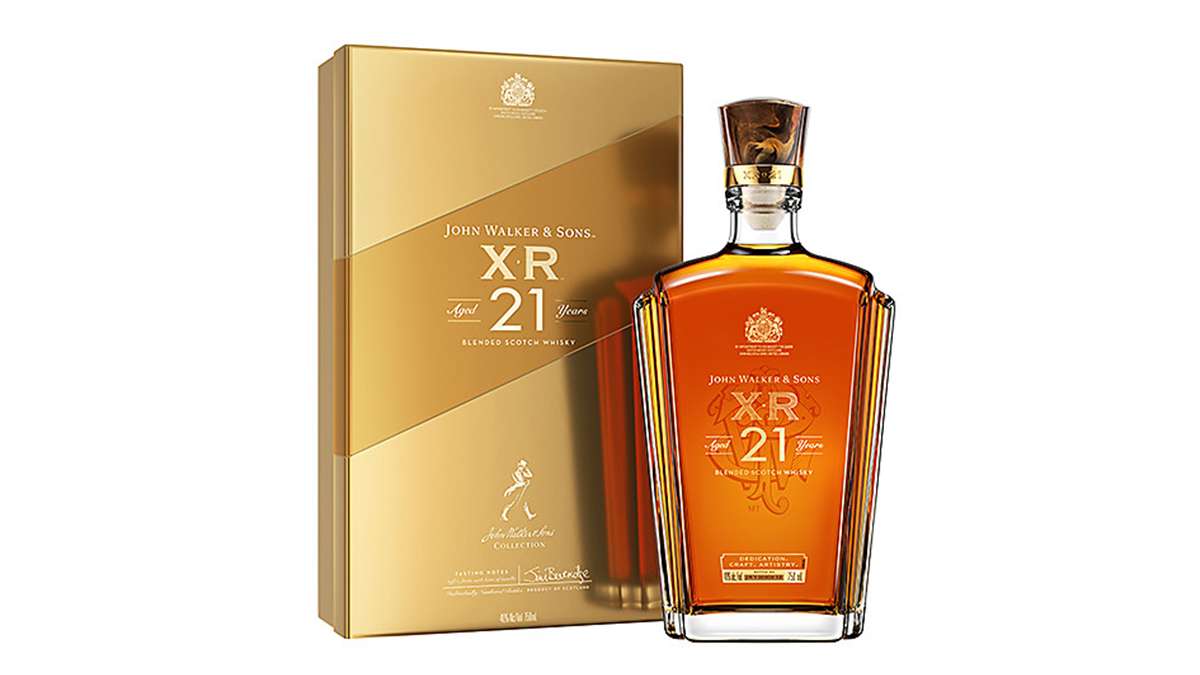 John Walker & Sons XR 21 is inspired by the handwritten blending notes of master blender Sir Alexander Walker II, the grandson of company founder John Walker, who also introduced Red Label to the Johnnie Walker range. The new Whisky also celebrates the 100th anniversary of the whiskymaker being bestowed a knighthood by King George V in 1920 for his Whisky making craftsmanship. Johnnie Walker Gold Label is also based in large part on his notes.

Made from a blend of Whiskies aged for a minimum of 21 years, XR 21 includes Scotch from the now silent Port Dundas distillery. Rare grains and malts expressions were also drawn from the private reserves of the house’s master blender.

The brand used a three-stage-blending process to create the Scotch. First, a creamy core was made using are casks of at least 21-year-old grain whiskies from Port Dundas. Next, Whiskies matured in American oak are added to lend depth. Finally, rich fruit, malt, and chestnut flavors are born from Speyside single malt distilleries, including Mortlach and Cardhu.

The Whisky has a “rich creamy intense flavour, sweet honey and tempered spices come cloaked in warming smoke, citrus zest, ripened tropical fruits and caramel swirl within hints of tobacco and raisins.” The finish is “long, smooth, soothing, and showcases a subtle tapestry of peat, evolving into the deep richness of aged oak.”