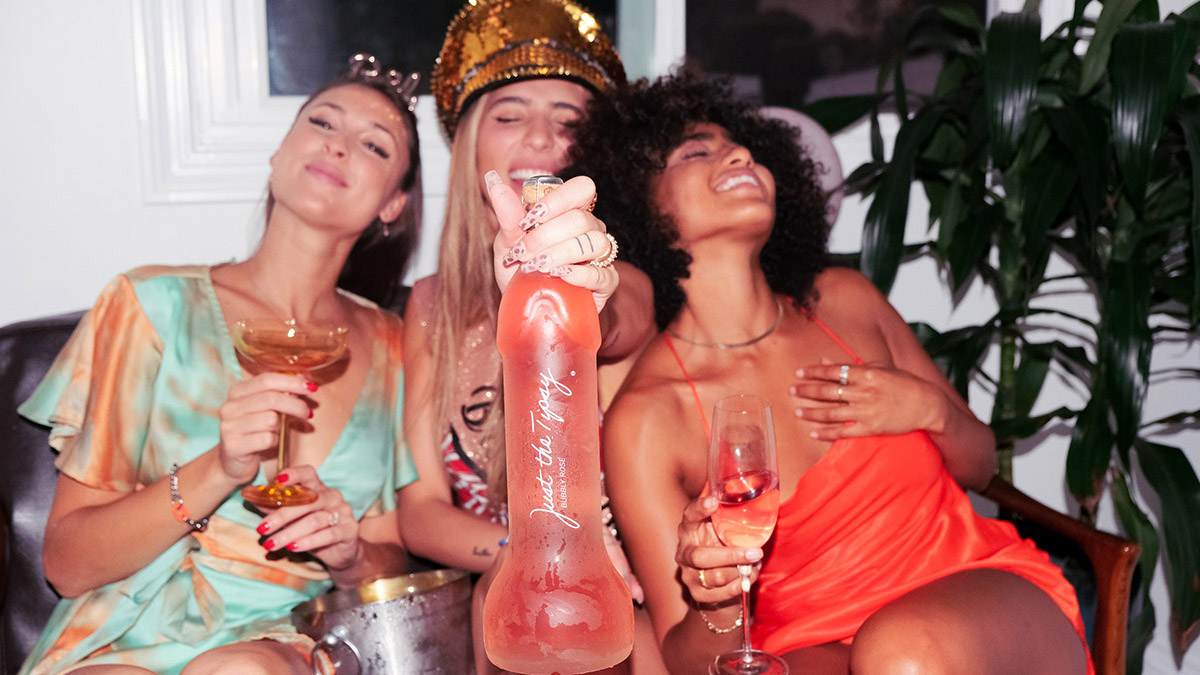 Looking for the perfect bottle to fit your innuendo-infused bachelorette weekend? Just the Tipsy may be the wine for you. The new offering is a sparkling rosé sold in a penish-shaped bottle.

If you’re wondering where the idea came from, CEO Matthew Shore happily explains it on the company website: “We were a couple of dads at a park, watching our kids on the playground, talking about the ridiculous number of bachelorette parties our wives had attended, and the incredible amount of penis tattoos, penis cups, penis straws, penis everything that was involved. That’s when the words that would change our lives were spoken: “What if the champagne bottles were shaped like a penis??

“CHAMPENIS™ (our nickname) was erected from those simple words!”

As it turns out, the idea was a surprisingly popular one when it came to working with Napa wineries. “We definitely had plenty of ‘Are you serious? Is this a joke?’ reactions, but then as we explained what we were going for, it’s all been really positive,” Shore told SFGate. “People like the idea, they find it funny. … We’ve definitely had a few folks say it’s not for them and they don’t want to be involved in any part of the process, but less often that’s the reaction.”

While Just the Tipsy did not share exactly which winery was responsible for the wine, Shire described the flavor profile as “fairly simple,” calling it dry and crisp with a long finish. The idea was to ensure the wine appealed to the average imbiber.

Just the Tipsy is available exclusively through the company’s website.