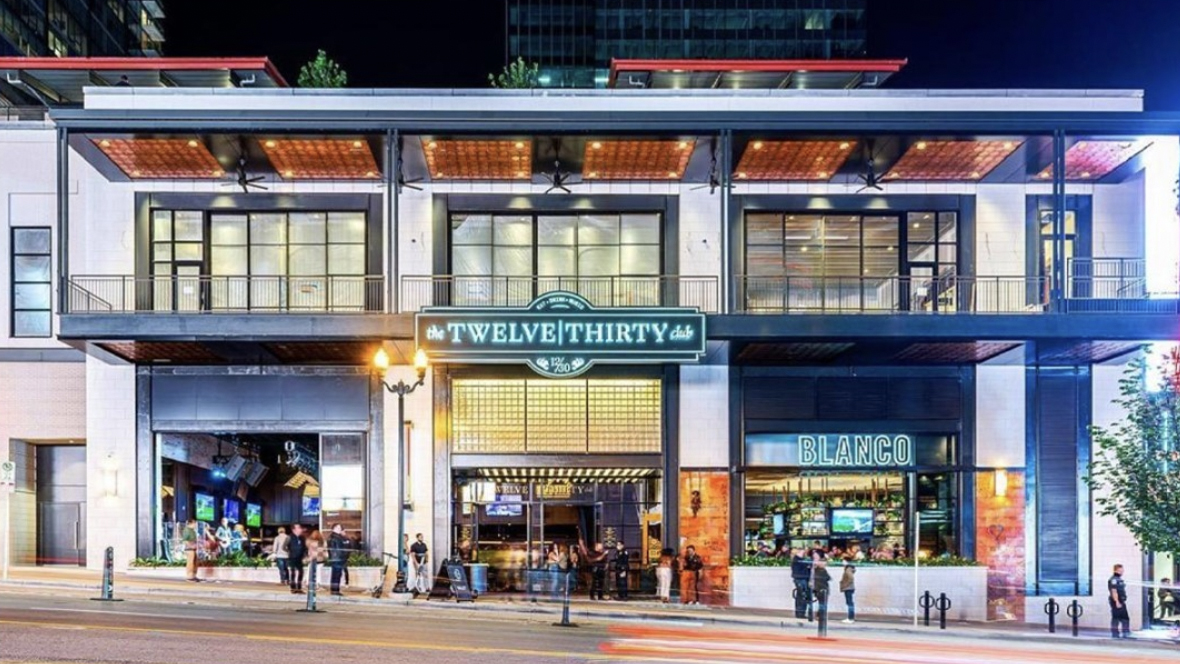 The cocktail menu is large and crisscrosses genres. Pours like the Island Town Tiki (Cruzan white rum, p.o.g., sailor jerry spiced rum, sangria ) and a Passionfruit Habanero Margarita (Patron blanco, three citrus sour, hot habanero, dried arbol chiles) are found alongside classics like an Old Fashioned and a Last Word. There are punch bowls that can hydrate the entire table as well as a small winelist and a variety of cold beets.

It was Timberlake who convinced Fox to take his talents to Nashville to open Twelve Thirty Club. The bar and restaurant is the restaurateurs most expensive concept to date, costing $25 million. Design firm AvroKO created the aesthetic, which press materials call “dapper as hell.” Marble, antiqued mirrors, and high-gloss paint create a home for materials like soft leather and velvet.

Each floor of Twelve Thirty Club has its own style. At the very top is 400-seat restaurant Supper Club, it features a checkered marble floor, hand-painted mural, coffered ceilings, and a gold leaf dome. Just below that sits Honorary Member, a cocktail bar that’s designed to look like a VIP area, but in reality is for all.

For more information, head over to the bar and restaurants official website.