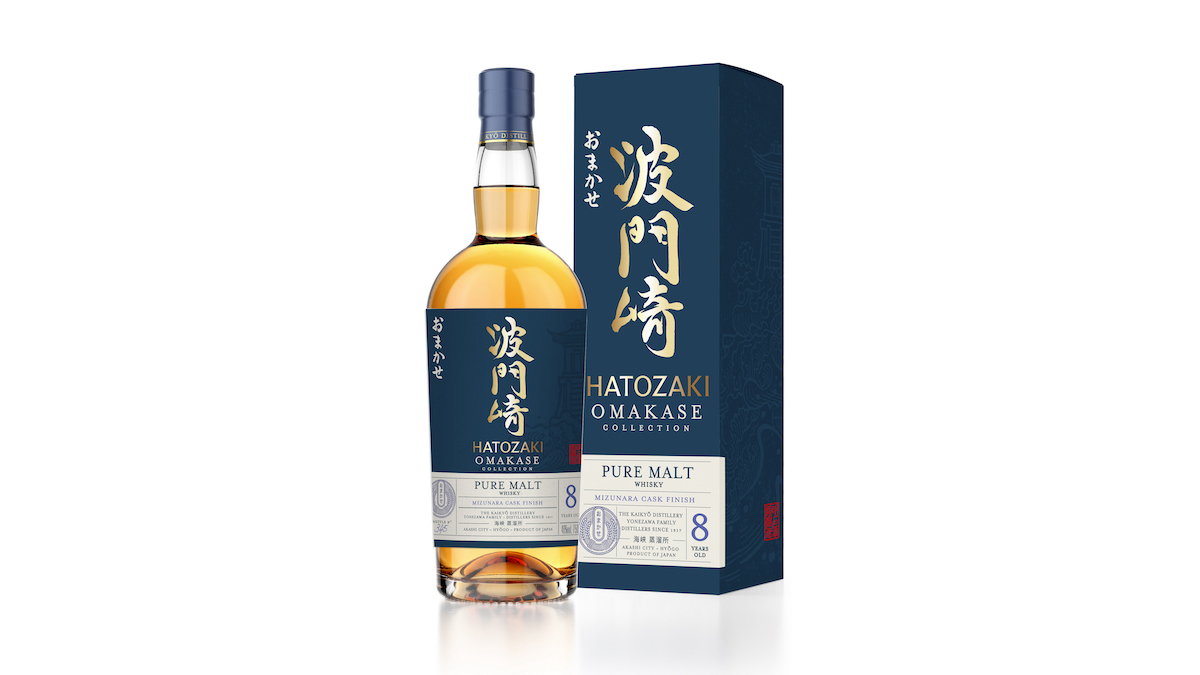 Kaikyo Distillery has launched Hatozaki Omakase, a collection of limited-edition original whiskies by Kimio Yonezawa, Master Distiller & Blender. The first edition of his Omakase Collection was created with “unmatched craftsmanship that honors tradition and captures the attention of connoisseurs,” says a press release.

In Japanese restaurants “Omakase” can be translated as “chef’s surprise.”  For curious and loyal customers, it is a matter of trust and blindly discovering the concocted menu according to the chef’s desires. In that same spirit, Yonezawa offers a surprising 8 year old pure malt that has aged in new charred American Oak and then in traditional Japanese Oak Mizunara casks.

This rare offering will be limited to just 3,560 bottles, each numbered and sold exclusively in the US market.

Hatozaki Omakase Pure Malt is a 100% malt craft whisky, a blend of single malts of at least 5 years old, in small batches of at least 10 casks. The blend is aged for 8 years in old American Oak and traditional Mizunara casks (the Japanese white Oak is from Hokkaido and Tohoku forests). The liquid is uncolored and unfiltered to preserve all the whisky’s character.

Launched in 2018 by the Kaikyo Distillery, Hatozaki Whiskies were imagined by Kimio Yonezawa, Master Distiller & Blender, who wanted to create a collection of elegant and accessible whiskies whose flavors evoke the warmth of Japanese hospitality and the soft oceanic climate. Hatozaki Whiskies can be shared on any occasion, pure or in a highball.

On the nose, the whisky is rich and powerful with initial notes of roasted cereals and ripe fruits such as peach and apricot, followed by gentle smoky notes with hints of sandalwood and vanilla. The palate features an imposing mouthfeel, full with notes of oak, orange peel, spice, and slightly minty.