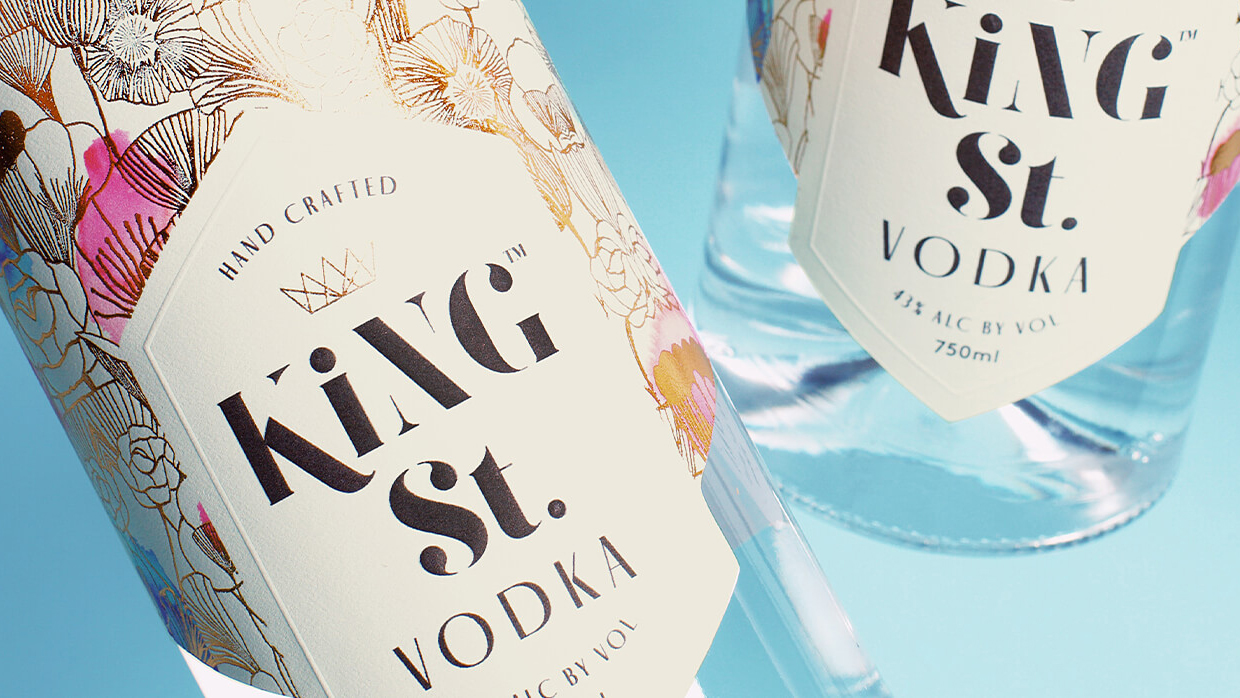 Kate Hudson has entered the celebrity-backed alcoholic drinks game via a gluten-free Vodka. Dubbed King St. after the New York street where Hudson once lived and entertained friends, the new spirit brand is distilled seven times in small batches in Santa Barbara.

The Almost Famous star apparently decided to create her very own Vodka after doing some research and finding that very few women were at the helm of Vodka brands. “After a particularly long day I decided to host an impromptu cocktail party with my closest friends. As I prepared to whip up a batch of Dirty Martinis I surveyed my bar, but I wasn’t 100% happy with my options,” said Hudson. “Then I wondered, ‘are any of these vodkas founded by women?’ I did some research and they weren’t. So I decided to make my own just the way I like it.”

“I have always found the spirits industry fascinating. The creative side of me thought it would be a fun challenge to develop a vodka for my palate in a beautiful package that I would love to have on my bar and share with friends.

“The businesswoman in me is now looking forward to the challenge of building a brand in an entirely new industry,” she added.

King St. is already available in California, and is set to hit New York, New Jersey, Connecticut, Massachusetts, and Rhode Island markets soon, though know exact date has been announced at this time. Bottles are being sold with a suggested price of $24.99.

David Dabbar, co-creator of Skinnygirl, co-founded the the brand with Hudson.

Hudson joins a packed list of celebrities with drinks brands. Dan Aykroyd’s Crystal Head Vodka, singer P Diddy’s Cîroc brand and fashion designer Roberto Cavalli’s eponymous vodka, are also available in the vodka space. Just a couple weeks back, The Rock announced he would be entering the world of Tequila.