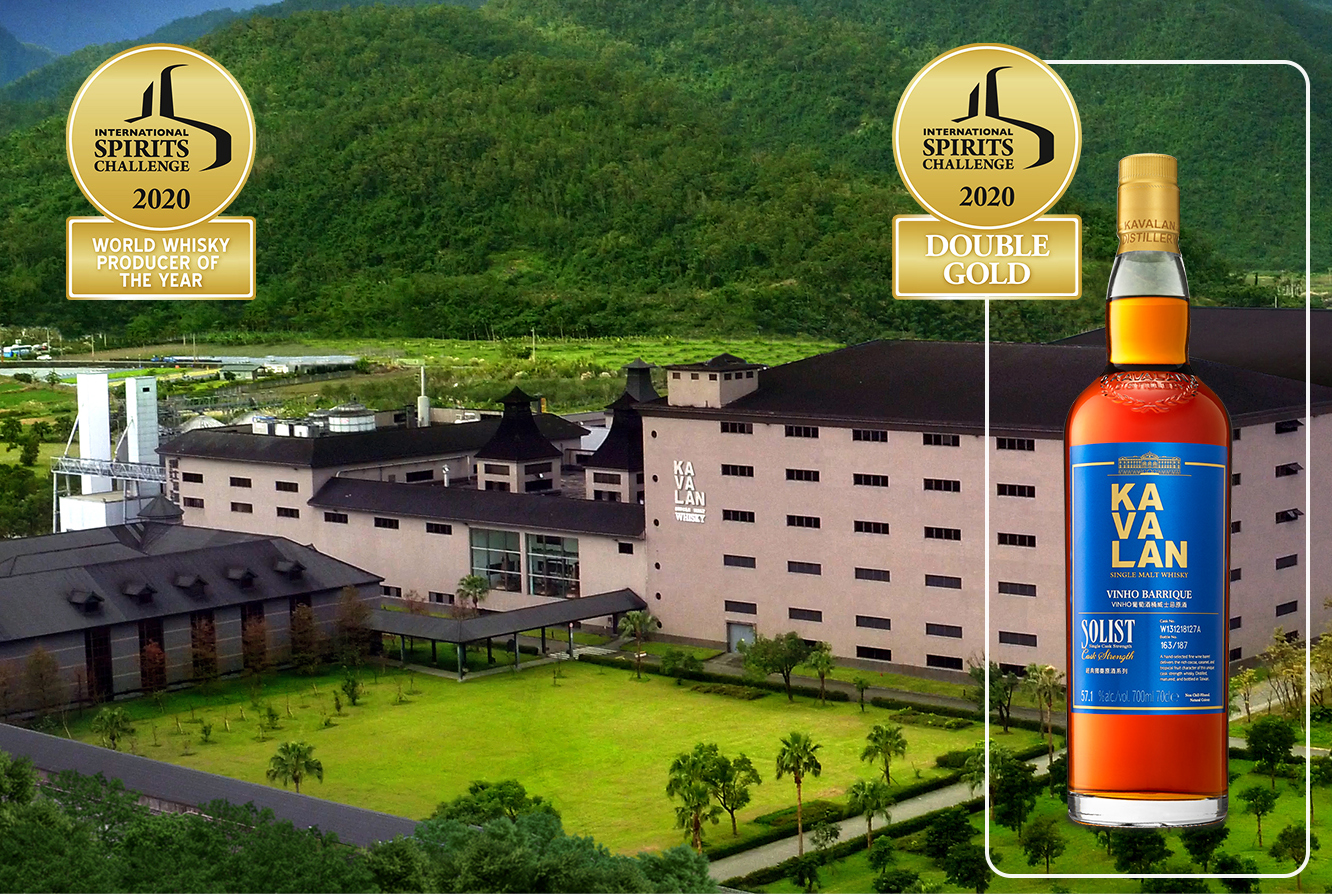 Kavalan has been named “World Whisky Producer of the Year” at the 2020 International Spirits Challenge. The annual prize is awarded to the highest scoring Whisky distillery in the world category.

Now in its 25th year, the 2020 edition of the competition saw over 1700 entries from 70 countries. It was an incredibly successful challenge for Kavalan, as the Taiwanese distillery won 16 medals, including nine Golds and a Double Gold for the Kavalan *Solist Vinho Barrique.

Check out the distillery’s complete list of Gold and Double Gold winners below:

Upon hearing the news of Kavalan being crowned “World Whisky Producer of the Year” at the 2020 International Spirits Challenge, company CEO Mr YT Lee said, “We are honoured to receive the recognition for our distillery and help place Taiwan on the world whisky stage again.”

Back in 2015, Kavalan’s Vinho was singled out by the World Whiskies Awards and named the World’s Best Single Malt Whisky. In 2019, the San Francisco World Spirits Competition gave it a Platinum medal, which signifies 3 consecutive Double Golds.

The Whisky behind the groundbreaking Shave, Toast and Rechar (STR), a cask treatment developed by the late Dr Jim Swan at Kavalan, the Solist Vinho Barrique is aged in wine barrels specially treated to bring out all the complex, multi-dimensional flavors of ripe melon, mango, kiwi and citrus fruits on a background of mixed spice and dates.

“Opulent and expressive with layered aromas and flavours of dark chocolate, Christmas cake and sweet spice,” noted judges about the Amontillado. “Dense and rich with chewy mouthfeel and a wonderful, evolving finish of malt, spicy oak, a touch of smoke and a twist of orange peel. Sensational!”

The judges described the Manzanilla as, “Intense and heady aromas of rich dried fruit, spice and dark chocolate. Big, sweet, and indulgent on palate, liquid tiramisu with tobacco, prunes and PX sherry. A lifted finish gives freshness and balance; an outstanding whisky.”

Later this year, Kavalan is set to release the sequel to its iconic Soloist Whisky.

* The “Solist” Series is sold under the name “Cask Strength” Series inside the US market only for trademark reasons.