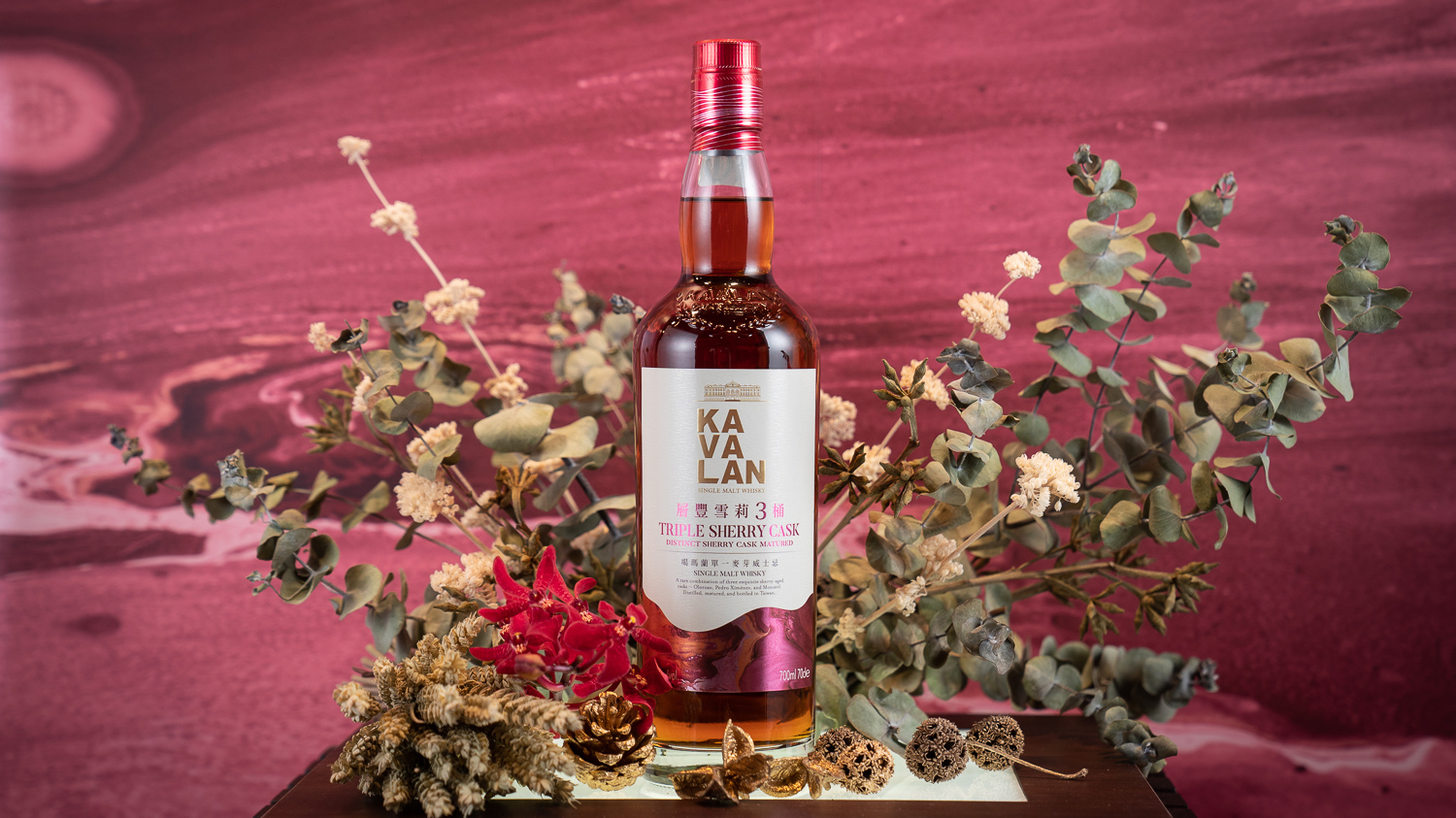 Kavalan has launched its Triple Sherry Cask, a rare whisky aged in a combination of Oloroso, Pedro Ximénez (PX) and Moscatel-aged casks. Pedro Ximénez and Moscatel are known as king and queen of sweet sherry, respectively.

“This is the first time we’ve combined our whisky in three different sherry casks,” explained Kavalan CEO Mr YT Lee. “It’s all about multiplying and enriching the sherry flavours to make a distinct whisky that has dried fruits, rich caramel, sweet maltose and tropical fruits as its profile.

After fully maturing in three sherry casks, Triple Sherry Cask showcases a three-stage balancing craft in the marrying vats. The process allows the three whiskies, each fully matured in the three different sherry casks to rest and meld together in perfect fusion, locking in optimal smoothness.

“During this process, the flavours collide through a myriad combination of the three sherry cask whiskies, creating up to 9 distinct sherry dimensions. With its main character the dried fruits of the Oloroso cask, Triple Sherry is embellished with the sweetness of PX and Moscatel casks,” said Senior Blender Zerose Yang.

On the nose, the whisky offers ripe, mature berries and dried, with fresh scents of grape and citrus interlaced with chocolate brownie and toffee sweetness. Hints of cinnamon, clover and spiciness, blend into pleasant oakiness and fragrant rosemary. The palate delivers lingering flavors of sherry dried fruits. Warm and smooth with a mellow texture, flavors of candied fruit, caramel, and honey sweetness unveile a multi-layered and balanced offering.

Kavalan Triple Sherry Cask boasts a revamped design, breaking with the past by visually connecting the taste and aroma of the liquid for the first time. The fluid painting intertwined with white, gold, and red colors, which “symbolises the multilayered and smooth taste of triple sherry cask whisky,” says the brand. Also it presents the combination of the color of new make, whisky and sherry wine. Underscored on the tin capsule is a double silver line, symbolising the Central Mountain and Snow Mountain ranges surrounding Kavalan Distillery.

For more information, head over to Kavalan’s official website.