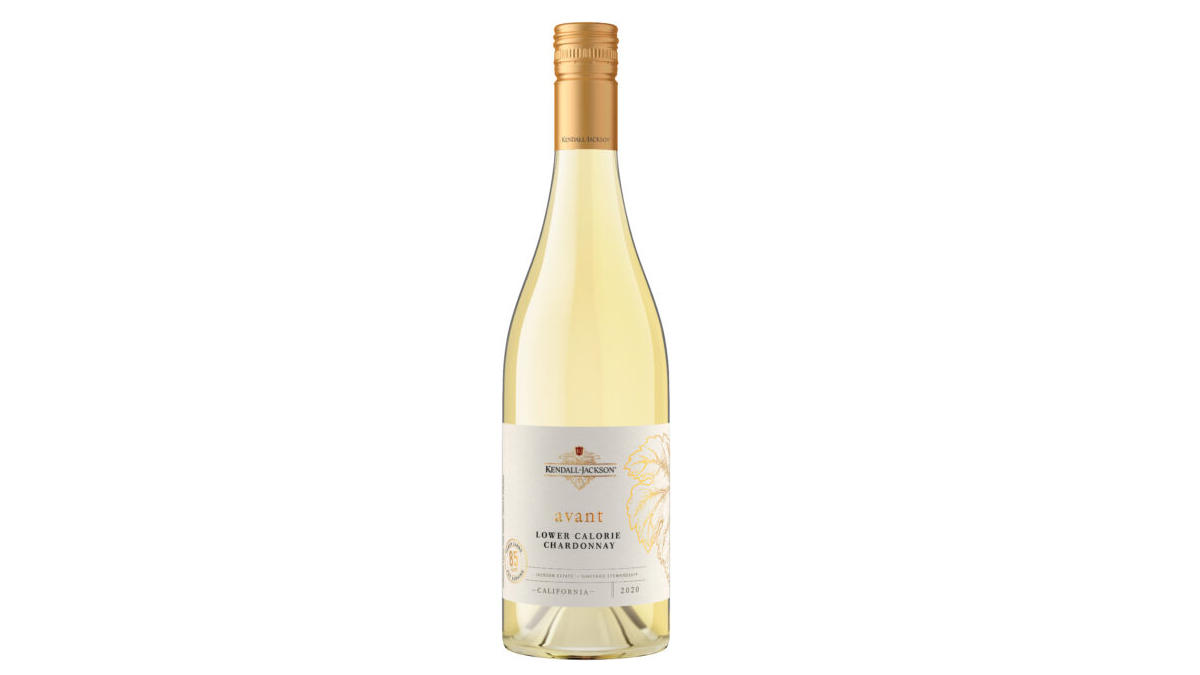 Kendall-Jackson has added a low calorie Chardonnay bottle to tap in to the fast-growing ‘lighter wines’ category in North America. The new offering from the California winery will hit shelves in May.

Called ‘Avant’, the low calorie Chardonnay boasts “only 85 calories, no sugar and 3 grams of carbs per serving”, according to the producer, Jackson Family Wines.

This means that the new wine contains around 23% fewer calories than the standard Kendall-Jackson Chardonnay, based on a 150ml serving of wine at 14% abv, which contains 111 calories from the alcohol alone.

The new Avant Chardonnay contains fewer calories because it has a lower abv, with just 9%, a level achieved by picking the grapes earlier in the ripening period, meaning they hold a lower concentration of sugar.

Bearing this lower sugar content in mind, and to ensure the Chardonnay is not unpleasantly tart, this early-harvest portion of grapes is blended with a second pick of fully ripe berries to bring the tropical fruit flavours that lovers of Californian Chardonnay desire.

Kendall-Jackson winemaker Randy Ullom explains, “An initial harvest of grapes picked on the earlier side ensures lower sugar. A secondary harvest later in the season offers more complexity and concentration, which complements the wine, producing a full-bodied blend that’s structurally balanced and delicious, yet lower in alcohol and calories.”

Like the Vintner’s Reserve, the Avant Chardonnay is aged in oak barrels to bring a touch of vanilla to the wine, which is described as tasting of “grapefruit, pineapple, creamy lemon meringue and delicate white flowers”.

The 9% Chardonnay is also vegan-friendly and is priced at $17.

Jackson Family Wines highlighted the commercial potential for this new wine by noting that the ‘lighter wines’ category had grown by 90% in the US in the past year. For more information, check out their official website.

Earlier this week, Jackson Family Wines and Churchill Downs Racetrack announced a four-year partnership in which Kendall-Jackson and La Crema were named the Preferred Wines of the Kentucky Derby.