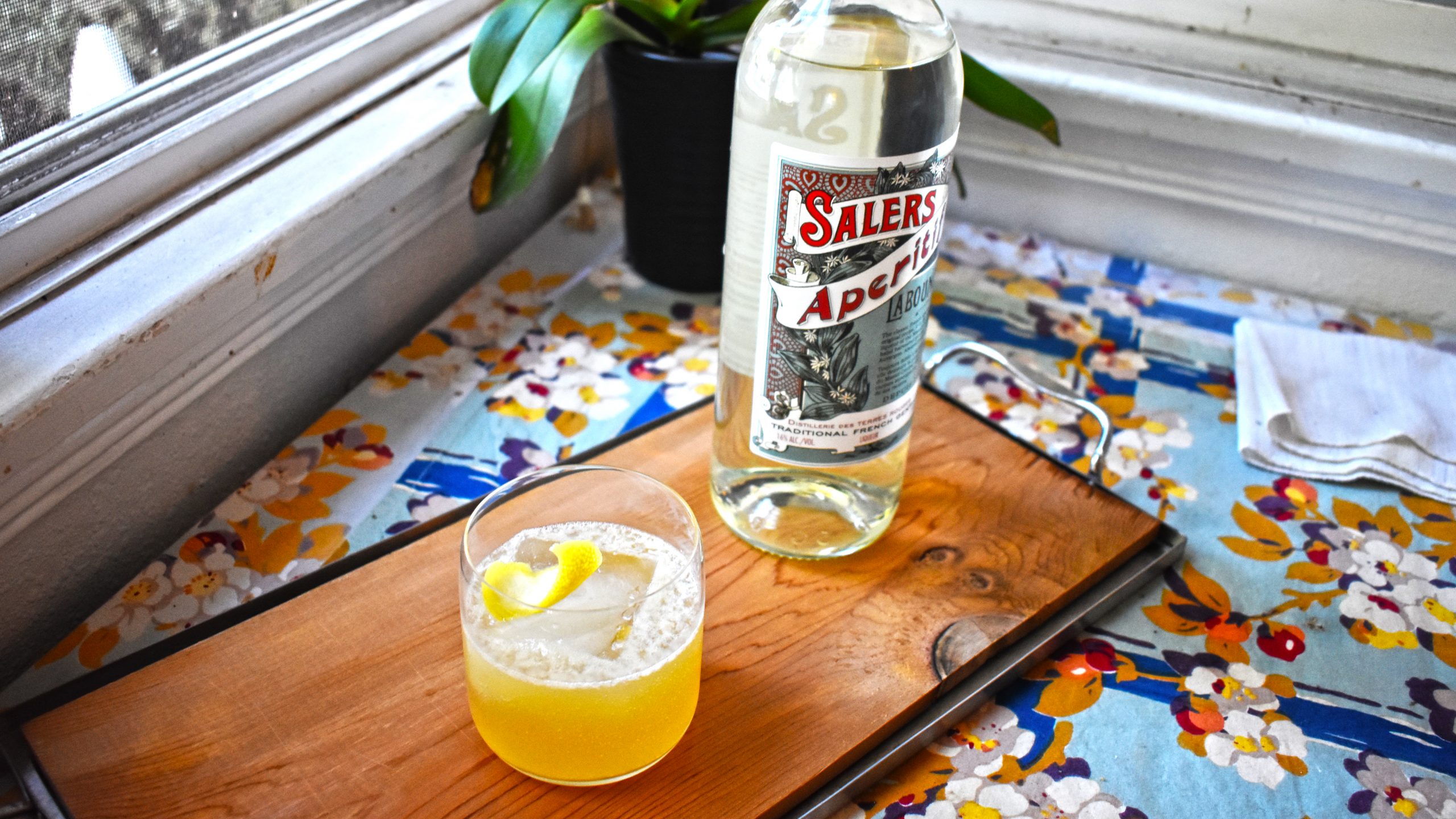 Kent Thompson has been serving solid cocktails at The Tasting Kitchen on Abbot Kinney since way back before the street started its decline into mainstream-hipster post-ironic chain consumerism. From brunch Bloodys and Petite Marias to strange, radioactive concoctions that go down faster than water on a hot day (later on that), he has a nose for the perfect creations that fit right into his loyal patrons’ tastes, all while introducing them to something that, perhaps otherwise, they would never have tried.

His latest gem sounded a bit iffy at first, but Kent’s got a way of inspiring trust like only the best of bartenders—it’s not something that can be taught, he was born that way. “Make me something with gin, not too sweet, maybe a bit bitter or citrusy,” is a great way to get Kent’s creative juices flowing. (If this sounds like an ode to the man, it is. He’s really that great.)

But back to the drink, which arrived with little in the way of fanfare but looking great with a slightly effervescent orange hue. As usual, Kent allowed a quick taste before listing the ingredients. As usual, he knocked this one out of the park with a strange combination of dryness that just invited chugging. Much of the flavor can be attributed to a small hit of Salers Aperitif, a French gentian liqueur that features hand-harvested roots from the mountainous Auvergne region.

When he revealed that honey fit into the mixture, as well, eyebrows all around raised as high as the requisite Abbot Kinney Botox would allow—this isn’t a sweet drink at all, perhaps because Tasting Kitchen employs a four-to-one ratio of honey-to-water in an attempt to keep the syrupiness to a minimum.

Combine all the ingredients and shake vigorously. Pour over a large rock and serve with a twist. Praise the sweet gods for delivering Kent to us poor, thirsty masses. Start on round two immediately. Amen.