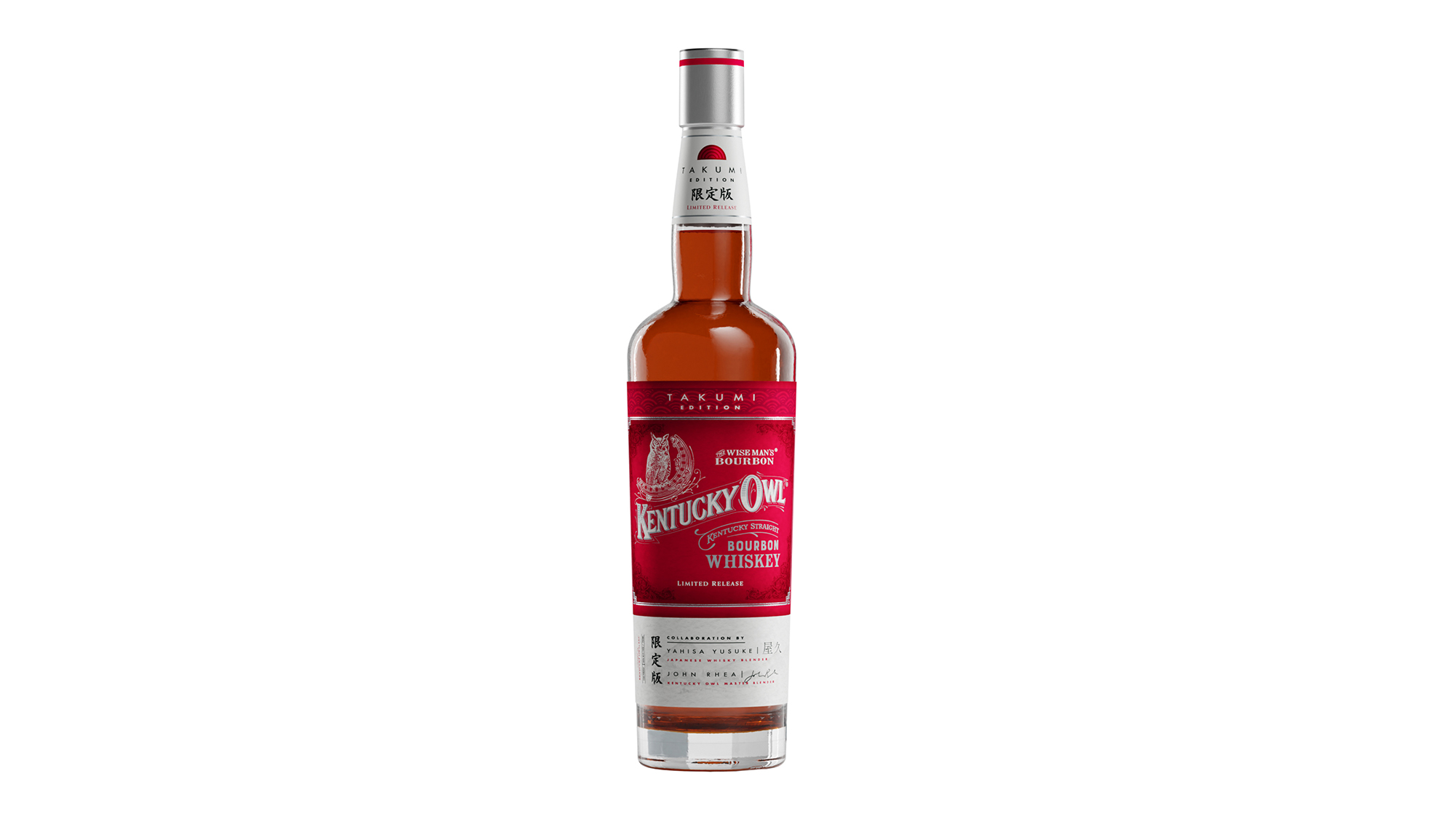 Kentucky Owl has unveiled its latest collaborative bourbon, the Takumi Edition. The new whiskey was made back and forth between Kentucky and Japan.

The Takumi Edition is the second limited edition release from Kentucky Owl this year, following the February launch of St. Patrick’s Bourbon. The Takumi Edition Bourbon is a blend of 4-, 5-, 6- and 13-year-old Kentucky straight bourbons with mash bills containing corn, rye or wheat, and malted barley.

The collaboration between Master Blenders John Rhea (Kentucky Owl) and Yusuke Yahisa (Nagahama Distillery) showcases the new unique blend of Japanese whiskey and Kentucky bourbon. Rhea and Yahisa worked together to create the resulting Takumi Edition blend, with Rhea selecting four different formulations and sending the samples to Japan. Yahisa evaluated those samples, which represented different ages and mash bills available from Kentucky Owl. Yahisa then created different blends with those formulations to develop one most reflective of his Japanese whisky style.

Japan and Kentucky both respect traditional craftsmanship and ideologies, while also appreciating innovation. The Japanese term kaizen — continuous improvement — echoes through this latest project. “Takumi” means “master” in Japanese, with the name of the release celebrating the art and craft of modern whisky blending.

“This collaboration encompasses not just the art of blending, but the flavors and taste profiles that both countries are famous for in their whiskeys,” said Rhea. “The Takumi Edition provides bourbon lovers insight into the flavor profiles sought after by a Japanese whisky blender. As someone who has worked in the industry for several decades now, it was exciting for me to work with a rising star in whisky with a unique perspective.”

On the nose, the bourbon delivers a savory mix of light rye bread with sweet caramel richness and a hint of tangy fruit salad. The palate offers buttery rye bread with a full-bodied feel. The savory mix of rye and caramel combine into a cinnamon and caramel sauce that clings to the taste buds and brings out a bit of fruitiness — mostly apple and pear — that provides a flavorful and lasting finish.

“Bringing together Rhea and Yahisa, bourbon and whisky, Kentucky and Japan have proved to be another great whiskey collaboration,” commented Damian McKinney, Global CEO of Stoli® Group. “Through this second limited edition international collaboration release of Kentucky Owl Whiskey, Stoli is pleased to present another rare new blend that marries the craft and skills of two Master Blenders from two great whiskey-making nations.”

Bottled at 50% ABV, The Kentucky Owl Takumi Edition Bourbon Whiskey will retail for $150 beginning in October through fine retailers across the brand’s national distribution footprint.

For more information, head over to Stoli Group’s official website.

In April, Kentucky Owl announced the second release in The Wiseman series, a straight rye whiskey.