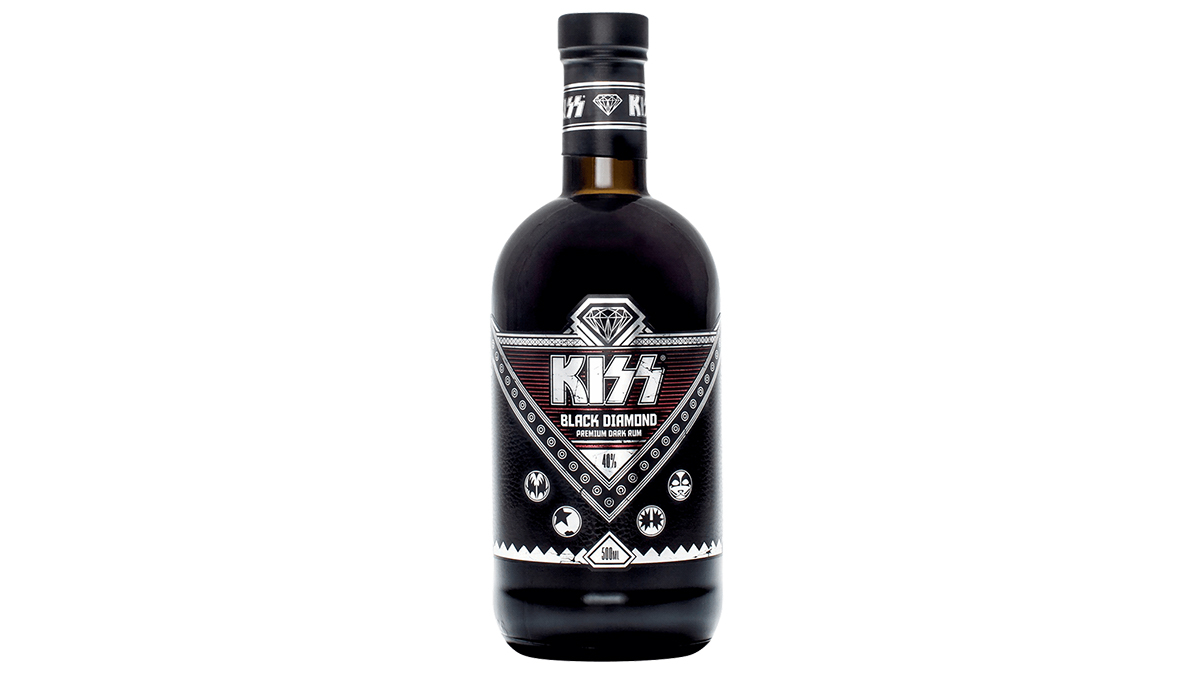 Kiss has unveiled its own spirit, Kiss Black Diamond Rum. The new offering is the American rock band’s first collaboration with Swedish drinks company Brands for Fans. Earlier this month, Kiss announced their plans to release their own spirit.

Kiss Black Diamond is the first release from what’s being called the Kiss Rum Kollection, and is made using a blend of Caribbean rums aged for up to 15 years.

Bottled at 40% ABV, the Rum is packaged with a label inspired by the band’s early days, and references its costumes and stage makeup. The band is currently made up of Gene Simmons, Paul Stanley, Eric Singer, and Tommy Thayer.

“It’s an amazing match for a band who were pioneers both musically and visually in the world of rock ’n’ roll,” said Sari H Wilholm, marketing director and co-founder of Brands for Fans. “When I look at the bottle, we have created a label that embodies everything I associate with Kiss: the attitude, the costumes, the songs and the makeup we all grew up with. Listening to Black Diamond still gives me the chills, and the rum makes me just as excited.”

Previously, Wilholm explained, ““The first money I earned was spent on a Kiss record. To find myself 40 years later having them as Brands for Fans clients, I don’t even know where to begin. It feels so fun and exciting to finally take Kiss into the premium alcohol beverage segment, and they have chosen the right partner for this.”

Kiss Black Diamond rum is currently on sale for $42.