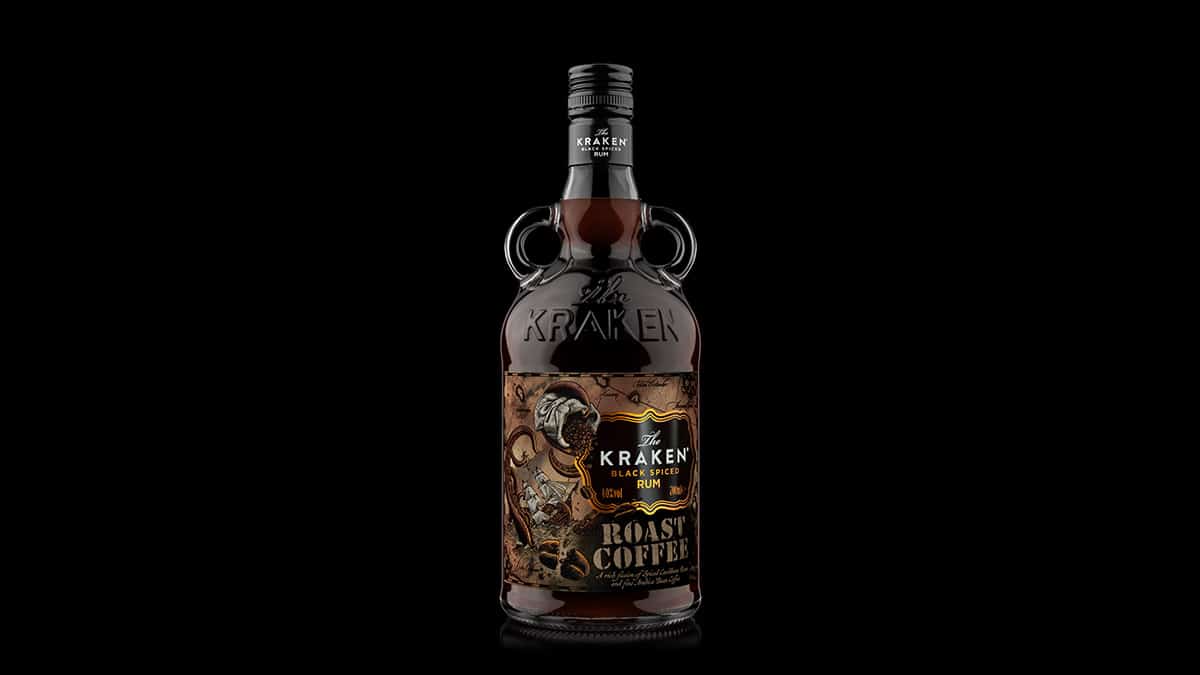 The Kraken has unveiled its first flavored rum, The Kraken Roast Coffee. A rich fusion of Spiced Caribbean Rum and Arabica Bean coffee, this new release balances the rich, dark, smooth taste of coffee with the spices of the original Kraken Black Spiced Rum.

The marketing story goes that in an attempt to ward off an imminent Kraken attack, those who occupy the shores of the High Seas and beyond have persisted with ancient and unavailing methods of hindering The Beast, one being to harness the dark aroma of roast coffee in a futile attempt to deter him.

In good news, The Kraken Roast Coffee is both vegetarian and vegan.

Shake ingredients for up to 10 seconds and strain into a chilled Martini glass. Garnish with Cinnamon powder and three coffee beans.

Bottled at 40% ABV, The Kraken Roast Coffee is available from Amazon for £26 per 70cl bottle. It will also be available to purchase in supermarkets and bars across the UK.