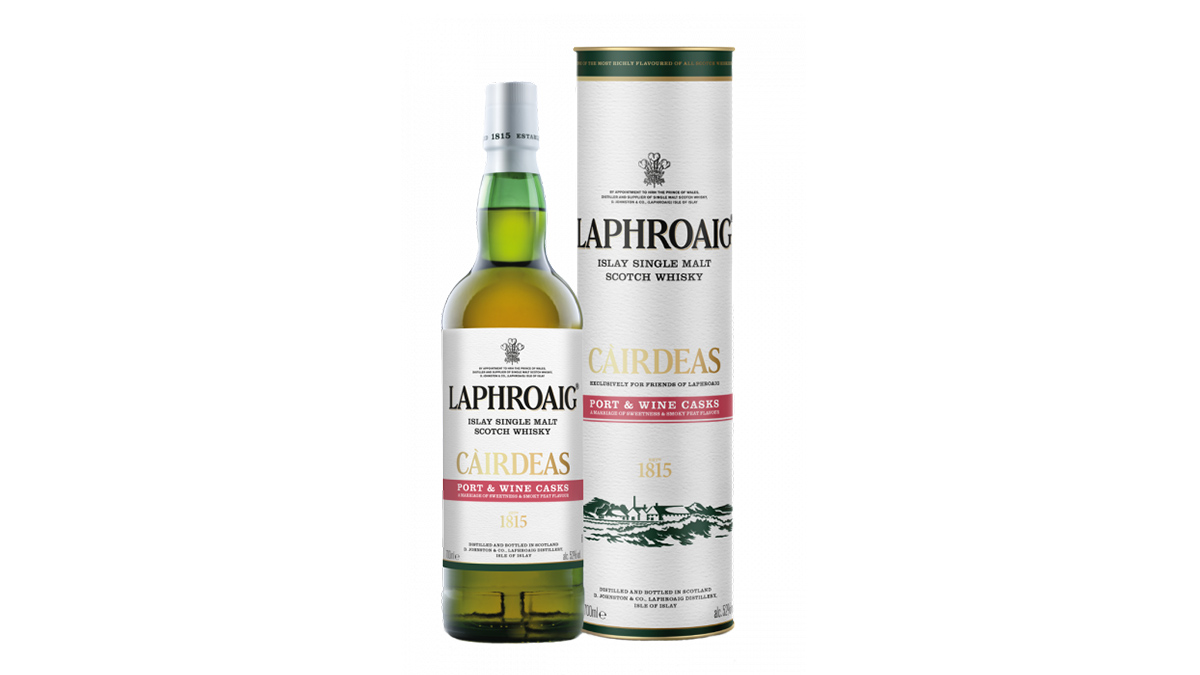 The Laphroaig 2020 Cairdeas Port & Wine Casks Single Malt Scotch Whisky has arrived. Usually, the Beam Suntory-owned Islay distillery releases its annual Cairdeas expression in late May to coincide with the Feis Ile Festival, but, due to the global pandemic, the 2020 Feis Ile was cancelled and Laphroaig delayed the launch.

This year’s Cairdeas expression features a unique marriage of classic Laphroaig Whisky rested in second-fill Ruby Port barriques along with Whisky double matured in ex-Bourbon barrels. The malts are then combined and finished in ex-red wine casks.

According to the distillery’s tasting notes, the Laphroaig 2020 Cairdeas Port & Wine Casks Whisky features, “Aromas of dark chocolate and menthol with pink peppercorns open up to an extraordinarily complex flavour. Toasted peaches, charred marshmallows and a hint of plum jam intertwine with Laphroaig’s iodine rich peat smoke to create a limited edition that lingers long on the palate and the memory.”

Càirdeas means ‘friendship’ in Gaelic and, each year, a limited-edition bottling is crafted by distillery manager and fifth generation Islay native, John Campbell. The bottles are available exclusively to Friends of Laphroaig, the brand’s official fan club. Joining the club is actually super easy, all you have to do is fill out a simple form with a number that can be found stuffed into the tubes that carry any new bottle. Making things a bit more fun, those who join are bestowed an actual plot of land, usually some bog, at the distillery.

Bottles of the Laphroaig 2020 Cairdeas Port & Wine Casks Single Malt Scotch Whisky are available for €73.33 ($86 USD). Bottles of past editions can also be found via Caskers for $100.

Last month, Cask 88 added a 19-Year-Old Laphroaig 2001 Single Malt: Cailleach Beira Scotch Whisky to its Scottish Folklore series. It is the third release in the series from the broker and independent bottler. The Whisky was made to represent Cailleach Beira, the Queen of Winter.