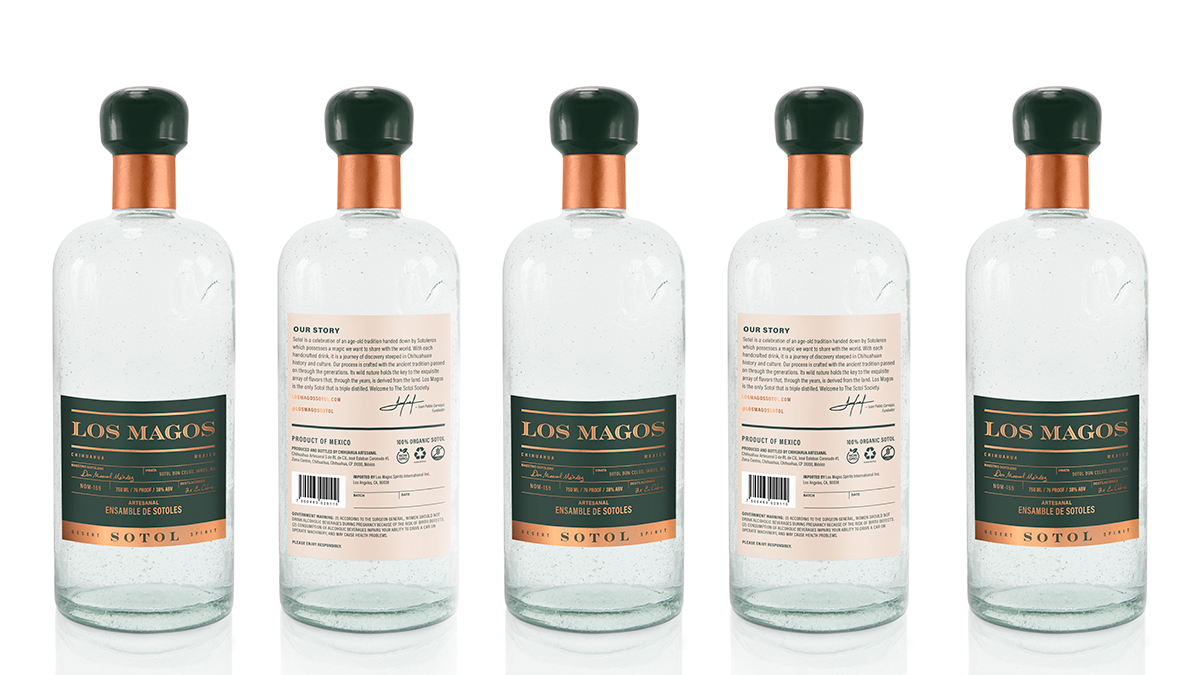 Mexican born spirits brand Los Magos has announced the US launch of its award-winning Sotol, an indigenous Mexican spirit made from the wild harvested Sotol plant. Known as the hidden gem of the Chihuahuan desert, Sotol has been enjoyed for centuries and is the state spirit of Chihuahua, Durango. and Coahuila. However, it has never been truly and properly brought to the masses, until now. Los Magos Founders Eduardo Almanza and Juan Pablo Carvajal set out to disrupt the spirits industry with an experience that is good for the soul, land, and the community.

“We set out on a mission to explore the natural beauty of the desert and to find the original Sotol makers in the region, paying homage to this centuries old spirit,” says Co-Founder and Chief Production Officer, Juan Pablo Caravjal. “Sotol is more than just a beverage but a journey of flavors making its way from the fruitful deserts of Mexico to any and everyone who wishes to try this spirit, allowing them to enjoy an artisanal, high quality cocktail.”

Los Magos’ proprietary recipe was a three-year process resulting in a partnership with the Jaquez Family Distillery. Don Celso founded the Jaquez Family Distillery in Janos, Mexico after having learned the trade from Don Cuco, his great grandfather. Honoring six generations of craftsmanship, its unique distillation method dates back over 120 years when master distiller Don Cuco founded a distillery in the mountains of Ciudad Madera. It is his legacy that is the foundation of these new formulations that has revolutionized sotol into a modern spirit. The Los Magos Sotol recipe is based on the idea of a spirit that is “soft” on the palate while still showcasing the vast variety of flavors the spirit has to offer, and it is the only triple distilled sotol produced. The less pronounced alcohol on the nose allows the full expression of the spirit’s terroir to shine through. It can be enjoyed neat, on the rocks or as part of a craft cocktail.

In addition to the desire to share this undeniably delicious spirit, the brand’s main focus lies in the steadfast belief that respect for the land and community should come first. Los Magos has and will continue to work with sustainably responsible ranches and partners in order to keep the Sotol ecosystem healthy and safe from over exploitation. Furthermore, the company is in the process of establishing the Los Magos Foundation which will invest in the people and community that create Los Magos’ Sotol to continue to pave the way so that future generations see the potential in the creation of this age-old craft.