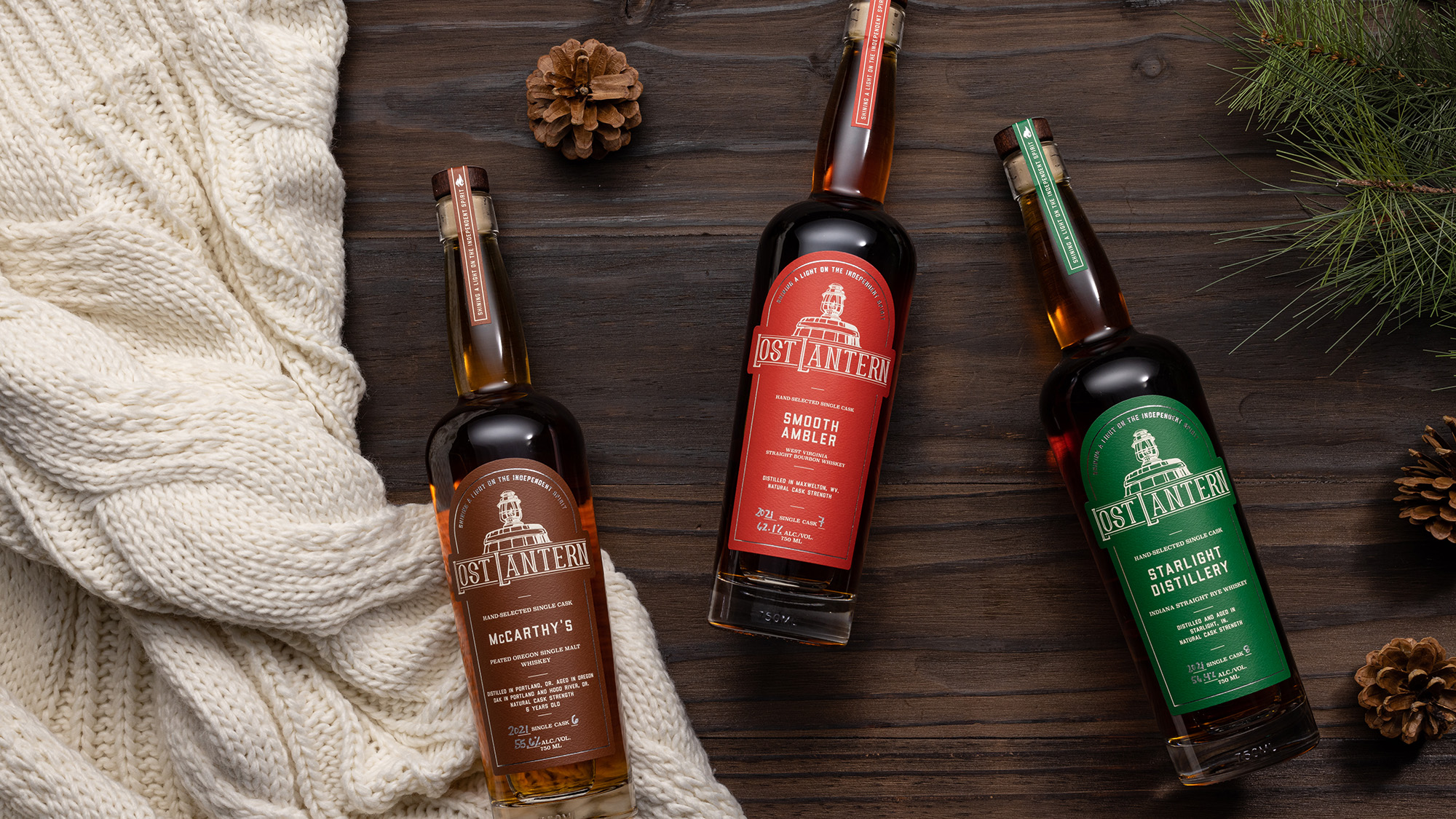 Lost Lantern has unveiled its Winter 2021 collection and its first Winter Whiskey Wednesday drop, a release that is now set to take place on the first Wednesday of December every year. On this new tradition, Lost Lantern co-founders Nora Ganley-Roper and Adam Polonski said, “While we don’t normally reveal release dates far in advance, fans can expect a Lost Lantern winter drop timed to the holiday season the first Wednesday of December every year. This release, beginning with our Winter 2021 collection, will include some of our most exciting whiskies of the year, selected with celebration, cold weather, and gift giving in mind.” The Winter 2021 collection is made up of McCarthy’s 6 Year Old Oregon Peated Single Malt, Smooth Ambler West Virginia Straight Bourbon Whiskey, and Starlight Indiana Straight Rye Whiskey.

All three of these distilleries in the Lost Lantern Winter 2021 collection come distilleries and states that have not been featured in the brand’s single cask lineup. “Clear Creek has been making McCarthy’s for over 20 years and has a well-deserved cult following,” said Nora and Adam. “Smooth Ambler is best known for sourcing and blending but has also been distilling their own whiskey for years, so we’re excited to present their own West Virginia-distilled wheated bourbon. Finally, Starlight showcases Southern Indiana’s terroir, climate, and agriculture and is quickly becoming one of the darlings of bourbon drinkers.”

McCarthy’s is arguably the first American single malt, and this single cask, aged for six years, is one of the oldest McCarthy’s whiskies ever released. Made from U.K. barley malted with Islay peat, it was fermented, distilled, and aged in Oregon. Single Cask #6 was aged in a 228-liter 3rd-fill Oregon oak cask with a medium toast and medium char. This whiskey’s deep smokiness, savory notes of smoked meats and leather, and balance of oak and French vanilla will enthrall lovers of peated single malt.

Smooth Ambler has long been on the vanguard of sourcing and blending whiskey with transparency and integrity. They’ve also been distilling and aging their own whiskey all along as they forge a new whiskey tradition in West Virginia. This is Lost Lantern’s first wheated bourbon selection, distilled on Smooth Ambler’s own column still in West Virginia. It was aged in a 53-gallon barrel for 5 years. The nose has notes of dried ginger, clove, and rosehips, while the palate bursts with dark chocolate, candied walnut, and robust oak flavors.

Starlight Distillery is part of Huber’s Orchard & Winery, an Indiana institution since 1843. While Starlight is just across the Ohio River from Kentucky and about 20 miles from Louisville, the climate, conditions, and culture are quite distinct from their counterparts to the south. This straight rye whiskey was aged for 4 years in a 53-gallon barrel. Made with 85% locally grown rye and 15% malted barley, it has a robust rye spice, with notes of cardamom, molasses, burnt caramel, and lemon zest. This is Indiana whiskey at its finest.

The Lost Lantern Winter 2021 collection will feature three limited-edition single casks, available exclusively via Seelbach’s as of December 1st and on the brand’s official website at a later date.

“We’re thrilled to have the exclusive Lost Lantern Winter Collection on Seelbach’s! Most of their fall release sold out before we even had a chance to announce it,” commented Blake Riber, founder of Seelbach’s. “Lost Lantern is pushing the boundaries for independent bottlers in American Whiskey. This is exactly what we want to showcase on Seelbach’s.”

Earlier this year, we caught up with Lost Lantern’s co-founders to discuss their first release and flagship blend, American Vatted Malt Edition No. 1.