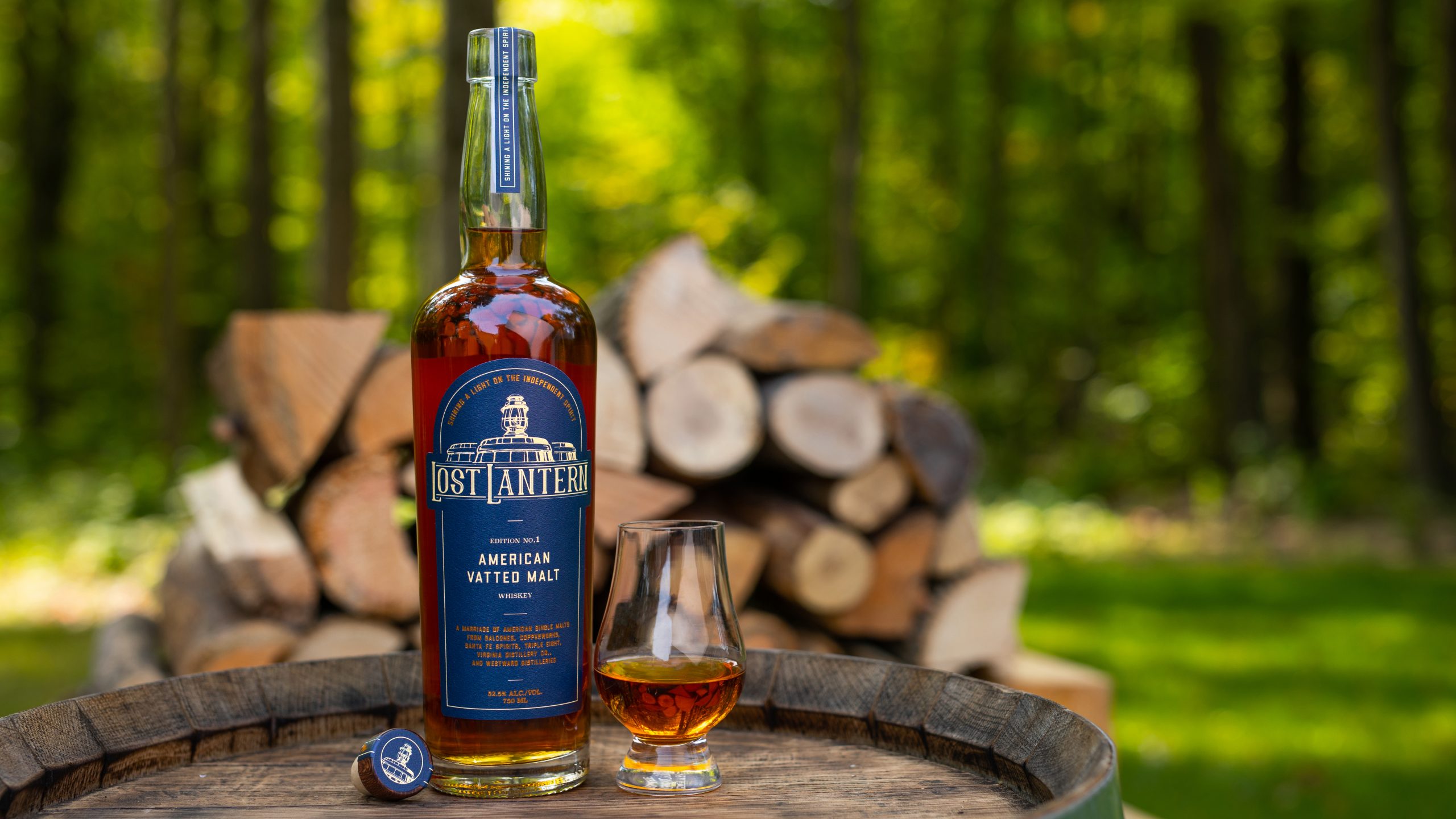 Lost Lantern has launched its inaugural Whiskey, the American Vatted Malt Edition No 1. The first offering from the new independent bottler of American Whiskey is a blend of single malts from six different distilleries.

While independent bottlers are rare on this side of the Atlantic, they have a long tradition in Scotland. Lost Lantern was founded in 2018 by Nora Ganley-Roper and Adam Polonski, whiskey lovers who worked on two sides of the industry: Nora as a retail specialist and Sales Manager at Astor Wine & Spirits; Adam as a Senior Whisky Specialist and Editor at Whisky Advocate. The decision to become an independent bottler was born from their desire to highlight the great distilleries crafting exciting Whiskey around the country. “There are approximately 2,000 distilleries in the United States, yet there’s no easy way for whiskey lovers to discover the best and most exciting ones,” explained Adam. “I kept dwelling on this idea and realized that somebody was going to do this sooner or later. It was clear that, between my experience and contacts and Nora’s palate and background in startups and operations, we were the ones who should do it.” Lost Lantern was born soon after.

“We think of Lost Lantern as shining a light on whiskies that would otherwise be lost,” explained Nora. “That sometimes means bottling something from a distillery that is not distributed nationally, and which doesn’t get the attention we think they deserve. It can also mean bottling barrels from more well-known distilleries that are not consistent with their core lineup. This may be a finished whiskey, or an experiment that they’re not quite sure how to release. We’re looking for whiskies that we can bottle or blend that will expand the understanding of the landscape of American whiskey by whiskey connoisseurs.”

Through a collaborative process that took several months to set up, Nora and Adam brought together the founders and distillers behind some of the country’s most distinctive single malts, all of whom hand-selected barrels for this unique blend and met in Denver to create it as a group. Over the course of a single marathon day, they worked, tasted, and blended together.

Jared Himstedt, Head Distiller at Balcones Distilling was supportive of the initiative from the beginning. “I was super excited to get to work on this project, to start with American Single Malts from a bunch of different distilleries from across the country and work collaboratively with the other distillers and blenders on this expression,” explained Himstedt. “It was a unique project that was lots of fun and I think an example of where the future of American Single Malts is headed. Independent bottlers, offering both single barrels and blends, are all going to be becoming more prominent as the category and community keeps developing to bring new and delicious whiskies to the table.”

“American Vatted Malt is indicative of why American craft whiskey is so exciting,” said the founders. “We brought together six of the very best single malt producers in the U.S. and we worked together to create something entirely new and unique. It’s a great symbol of what we want Lost Lantern to contribute to the industry and provide for whiskey lovers. It’s unique, collaborative, and above all, deeply delicious.”

The resulting Whiskey is a complex and balanced blend with notes of baking spice, salted pretzel and hints of roasted barley surrounded by a savory smokiness that culminates in a long, warm finish of milk chocolate and sea salt.

Only 3,000 bottles of Lost Lantern American Vatted Malt Edition No 1 will be made available and can be purchased from the Lost Lantern official website for the price of $120.