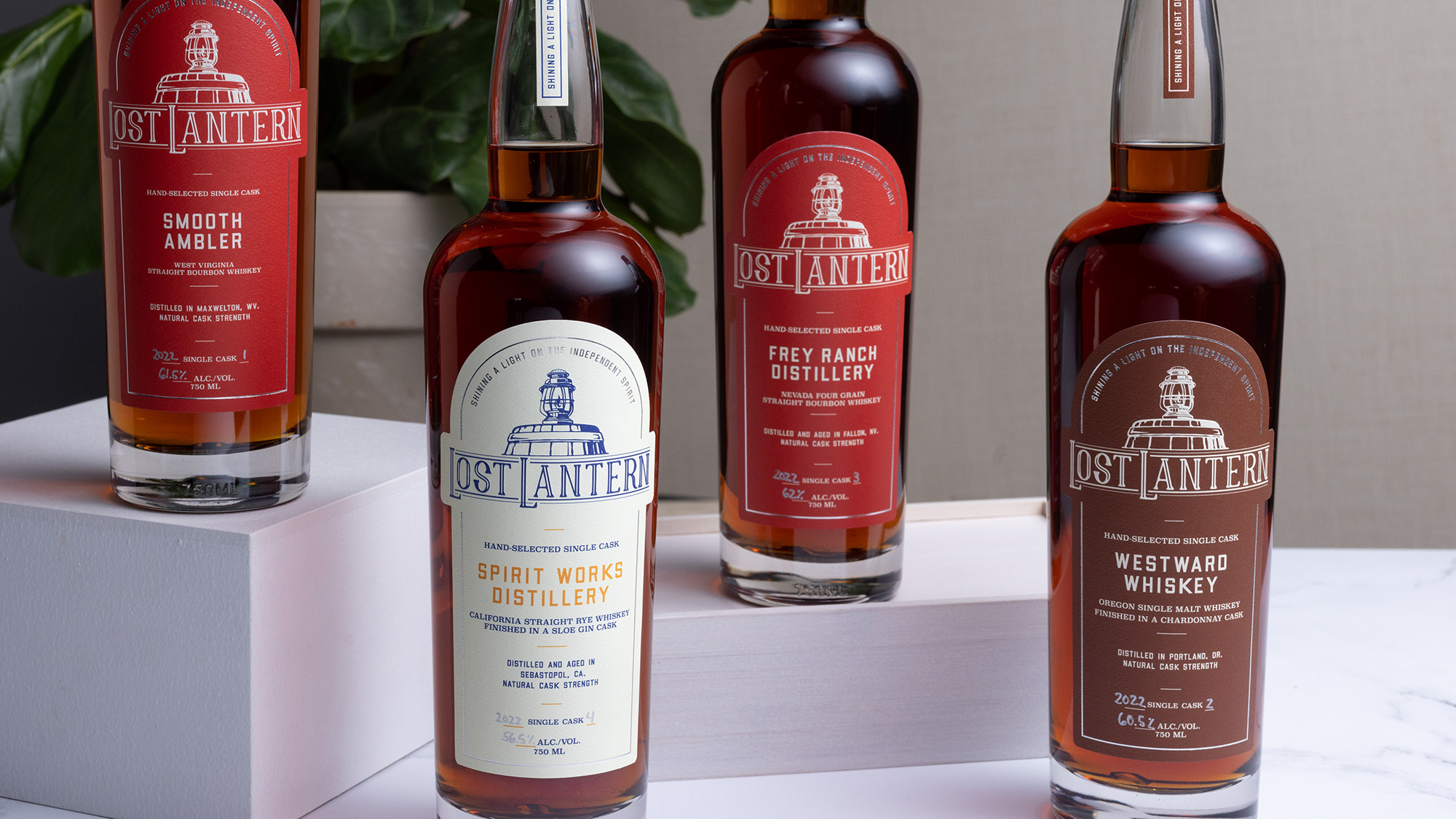 The Lost Lantern Spring 2022 Single Cask Collection showcases American whiskey’s embrace of tradition and innovation. “This group of distilleries is continually pushing the boundaries of American whiskey and exploring new ways of making whiskey in many different forms,” commented Lost Lantern cofounders Nora Ganley-Roper and Adam Polonski. “The Spring Collection includes our first single casks from Frey Ranch, one of the only estate distilleries in the country, and Westward, one of the creators of modern American single malt, as well as our second Smooth Ambler West Virginia wheated bourbon and a unique sloe gin-finished rye whiskey from Spirit Works in California.”

In addition to the single cask releases, Lost Lantern’s flagship blend, American Vatted Malt Edition No. 1 is available. Recently named ‘Best American Blended Malt’ at the 2022 World Whiskies Awards, it was created with some of the biggest names in American single malt (Balcones in TX, Copperworks in WA, Santa Fe Spirits in NM, Triple Eight in MA, Westward in OR, and Virginia Distillery Co. in VA).

This is the second of a pair of bourbon casks Lost Lantern selected from Smooth Ambler Spirits in Maxwelton, West Virginia. Smooth Ambler has long been on the vanguard of sourcing and blending whiskey with transparency and integrity. They’ve also been distilling and aging their own whiskey as they forge a new whiskey tradition in West Virginia. Distilled on Smooth Ambler’s own column still in West Virginia, it was aged in a 53-gallon barrel for 5 years. The nose has notes of toasted almond, white chocolate, and cranberries. The palate is rich and spicy, with clove, black cherry and deep oak flavors.

Known for pushing the boundaries of craft spirits for almost two decades, Westward in Portland, Oregon has created a new style of American single malt built on the brewing culture of the Pacific Northwest. This single malt was made from 100% two-row malted barley grown in the Pacific Northwest. It was aged for 28 months in a new oak cask, then finished for 20 months in an Oregon Chardonnay cask. It has a structured and well-rounded palate with a big malty flavor that includes hints of white flowers, toasted pecans, and fresh pears. It is reminiscent of a meadow in the first days of fall.

Frey Ranch, located in a unique farming oasis in the watershed of Lake Tahoe in northern Nevada, is where Colby and Ashley Frey have transformed their fifth-generation family farm into one of the most exciting distilleries in the country. Committed to doing things the right way, no matter how long it takes, Frey Ranch is one of the only true estate distilleries in the U.S. This cask is a 5-year-old straight bourbon whiskey made entirely from grain grown at Frey Ranch. It has spicy, earthy fruit flavors, with notes of black cherry and caramel vanilla creams. It is Lost Lantern’s first Nevada whiskey.

Located in the heart of Sonoma wine country, Spirit Works is a family-run distillery built from the ground up with sustainable practices in mind. Highly awarded and respected, the distillery also has one of the very few female-led distilling teams in the United States. Most importantly, they make wonderful spirits like whiskey and gin. This special whiskey was made by finishing straight 2-year-old Spirit Works rye whiskey for an additional year in a cask that previously held the distillery’s sloe gin. The finish adds complex flavors of strawberry, raspberry, and juniper to the underlying spice, vanilla, and oak notes, making this whiskey similar in flavor to the iconic cocktail, the Boulevardier.

Beginning March 9, the Lost Lantern Spring 2022 single cask collection will be available for sale on Lost Lantern’s official website and Seelbachs. All offerings are bottled at cask strength, are non-chill-filtered and have natural color.