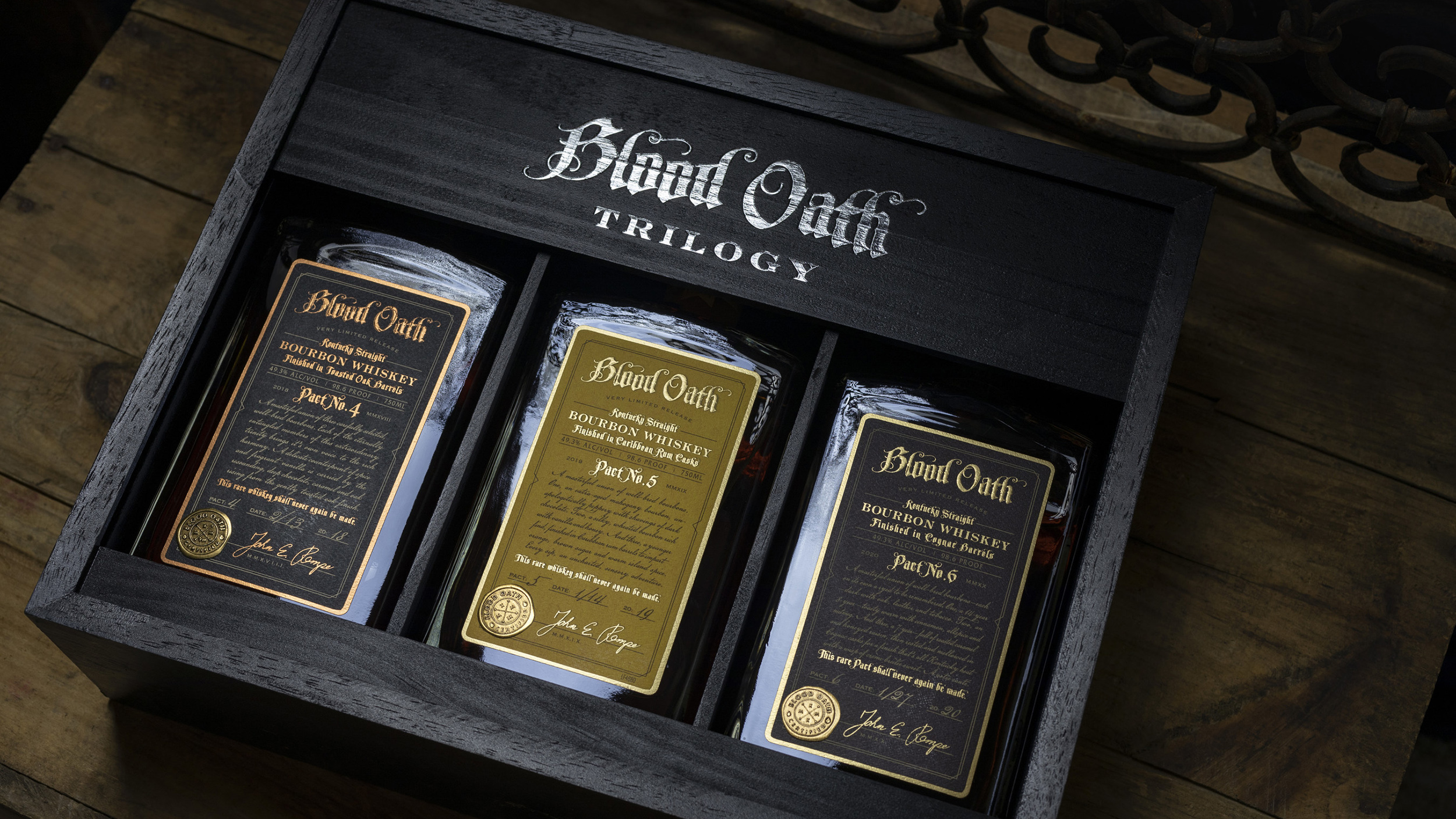 In 2014, Rempe decided to create an exceptional bourbon using a blend of three unique Kentucky straight bourbon whiskeys. The following year, he unveiled the first edition of the Blood Oath series. The name refers to a promise the master distiller made to keep the blend of bourbons a secret known only to him, as well as a promise to create the best bourbon for bourbon connoisseurs. Every year he adds a new Pact to the Blood Oath family. Each Pact comes in at 98.6 proof (49.3% ABV), is carefully crafted, and will never be repeated.

The second Blood Oath Trilogy contains Pacts 4, 5 and 6 – reserved since 2018, 2019 and 2020, respectively – and is packaged in a black wooden display box designed to highlight each Pact’s distinctive label.

“I look back on each Pact I’ve created for the Blood Oath Series with a tremendous sense of pride and accomplishment, and with each new Pact I develop, I become more eager to create the next,” said Rempe. “The bourbons I’ve selected to create each Pact are becoming rarer and harder to find, as are the resulting Pacts themselves. A Blood Oath Trilogy set is like a piece of bourbon history. I’ll never repeat a blend, so once it is gone, it’s gone.”

Featuring 750 ml bottles of Pacts 4, 5 and 6, this latest Trilogy has a limited supply of just 1,400 sets and is priced at $799. For more information, head over to Blood Oath’s official website.