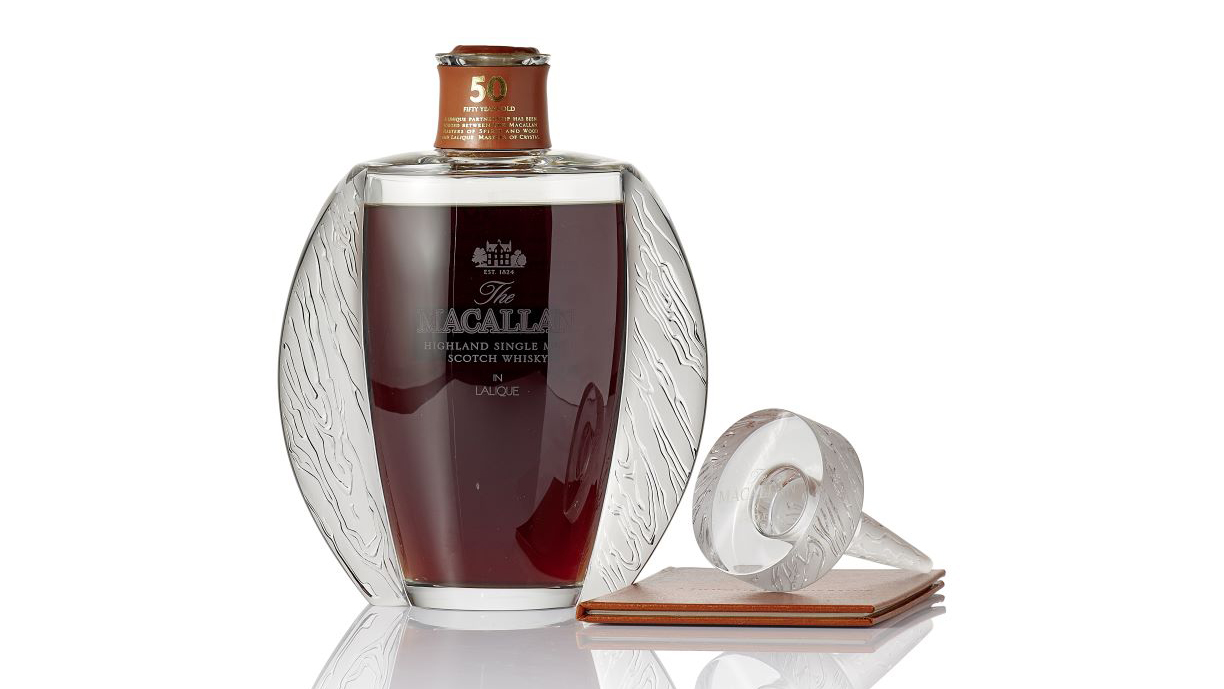 A Macallan Lalique Motor Car 1937 37 year old, meanwhile, went for the second highest amount HK$558,000 (about $72,000 USD). The Speyside brand continues to dominate the auction scene with bottles of its famed 1926 Fine and Rare 60 Year Old going for more than a million dollars a pop.

Other auction highlights include a decanter of Glen Grant 1948 72 Year Old by Gordon & MacPhail appearing at auction for the first time, which sold for HK$421,600, exceeding the pre-sale high estimate of HK$380,000. The Glen Grant was bottled in 2020 and this is the first time it has appeared at auction. Numbered 88 of 290, the bottle is especially auspicious – 88 is a symbolic number in Chinese culture, meaning “wealthy”. It is also unusual for a whisky of this age to retain such a high alcoholic content at 52.6% volume, and this gives particular vitality to its taste and aroma.

“After a record-breaking year for Japanese whisky, collectors are now turning their attention to Scotch whisky,” said Daniel Lam, Bonhams Director of Wine and Whisky, Asia. “Of all top ten lots sold in the sale, seven of them were Scotch whisky, all sold above their high estimate. This gives the market a very encouraging start for 2021.”

The next major auction set to take place will begin February 12th and run through the 21st. Hosted by online whisky auction specialists Whisky Auctioneer, the auction will feature the second half of one devoted Whisky lover’s “Perfect Collection.” The sale is expected to go down as the most expensive in Whisky history. The set going under the hammer is officially known as The Perfect Collection by Mr. Richard Gooding: Part Two.