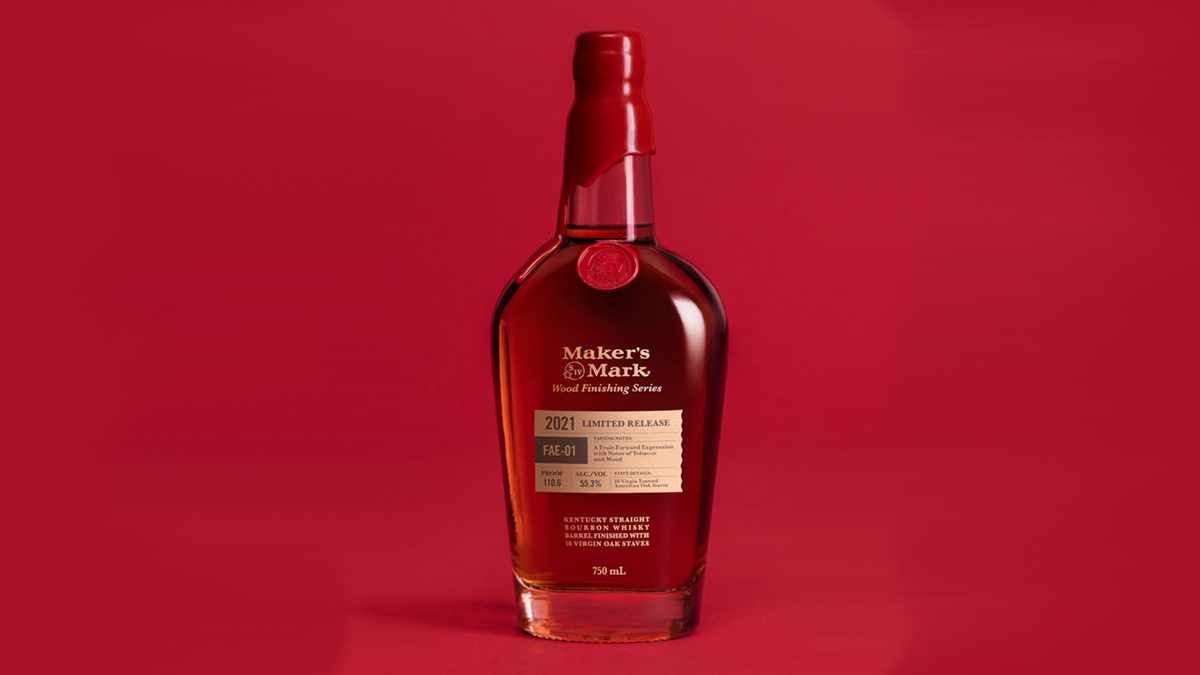 Maker’s Mark has unveiled its 2021 limited release Wood Finishing Series. Robotically dubbed FAE-01, the new offering is the Kentucky distillery’s third release in this series and derives its flavors from the unique process being used on the American oak staves that aged the Whiskey.

According to Maker’s Mark, the barrels are “cooked on one side only in order to maximize the flavors pulled from the staves—the infrared side for heavier wood extractives and the raw side to allow more fruit-forward elements.” The raw side, meanwhile, is said to “allow more fruit-forward elements (first time Maker’s has used a stave that has raw wood).”

“For 2021, we leaned into our column stills and non chill filtering process, which simply put, helps us retain the texture and a higher viscosity of the whiskey,” says Jane Bowie, Maker’s Mark’s director of innovation, in a prepared statement. “What we got is an expression that highlights the fruit-forward taste profile in an unexpected and much welcomed way. It tastes just like a barrel warehouse smells.”

Bottled between 110.3 and 110.6 proof, each 750mL bottle of the Maker’s Mark 2021 Limited Release: FAE-01 will retail for about $60 starting in March. Maker’s Mark also promises that a second limited release in their Wood Finishing Series, FAE-02, will be available come this fall.

“This first release tastes just like a Kentucky barrel warehouse smells,” added Bowie. “If you’ve ever walked through a rick house and taken a deep breath, you can almost taste the bourbon in the air, and that’s the experience we’ve created with FAE-01. There’s tons of pleasantly dank wood and tobacco on the nose, and rich, warm raisin and fig on the tongue – it’s literally like sipping on angel’s share.”

On the nose, the Maker’s Mark 2021 Wood Finishing Series offers heavy wood, dark fruit, and tobacco. The palate is deep and dried dark fruits, big mid-palate with strong tobacco and barrel extractives. The finish is described as “creamy, lingering, and round.”