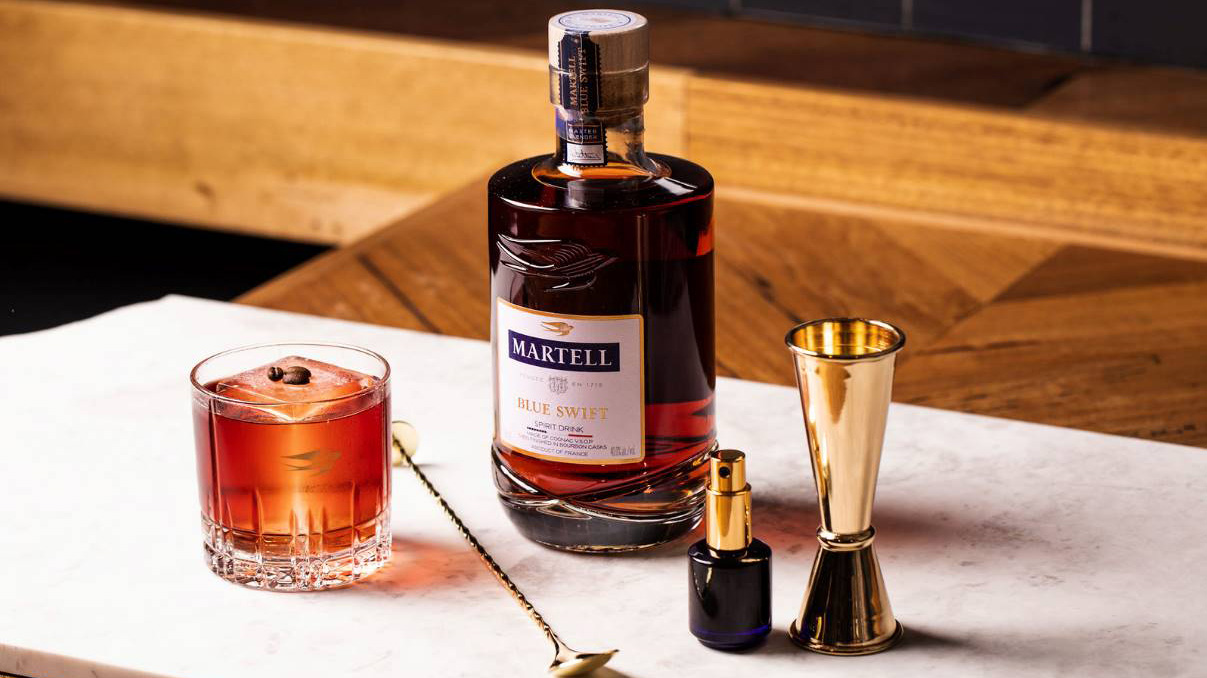 Martell Cognac has launched an ad campaign starring a new cocktail, The Swift. In the ad, which was made via an exclusive partnership with men’s publisher DMARGE, the French brandy house claims their new mixed drink is “Smoother Than a Negroni, and more modern than an Old Fashioned.”

The campaign for The Swift cocktail comes as Martell introduces Blue Swift to the Australian market. The offering, which launched in the United States a few years ago, first-ever spirit made of Cognac VSOP and finished in bourbon casks.

“When it comes to dark spirits, the game is changing,” says Dmarge. “Cognac, whisky’s smoother French cousin, is fast becoming the Australian gentleman’s drink of choice. Forget the ‘old man’ image: cognac, whether drunk neat, on the rocks or in a cocktail, is the perfect harbinger of good times.”

For the digitally-led media campaign, Martell and Dmarge produced a series of videos hosted by the fictional “Mr Swift’’ – who guides viewers on how to drink and gift better in the lead up to the New Year.

Add ice to mixing glass, add ingredients, stir until chilled, and then strain over ice. Garnish with a single coffee bean.

Martell has also partnered with a number of Sydney venues to showcase their own versions of The Swift cocktail, including Mary’s Newtown, The Cat’s Meow, and Hendriks Cognac & Wine.