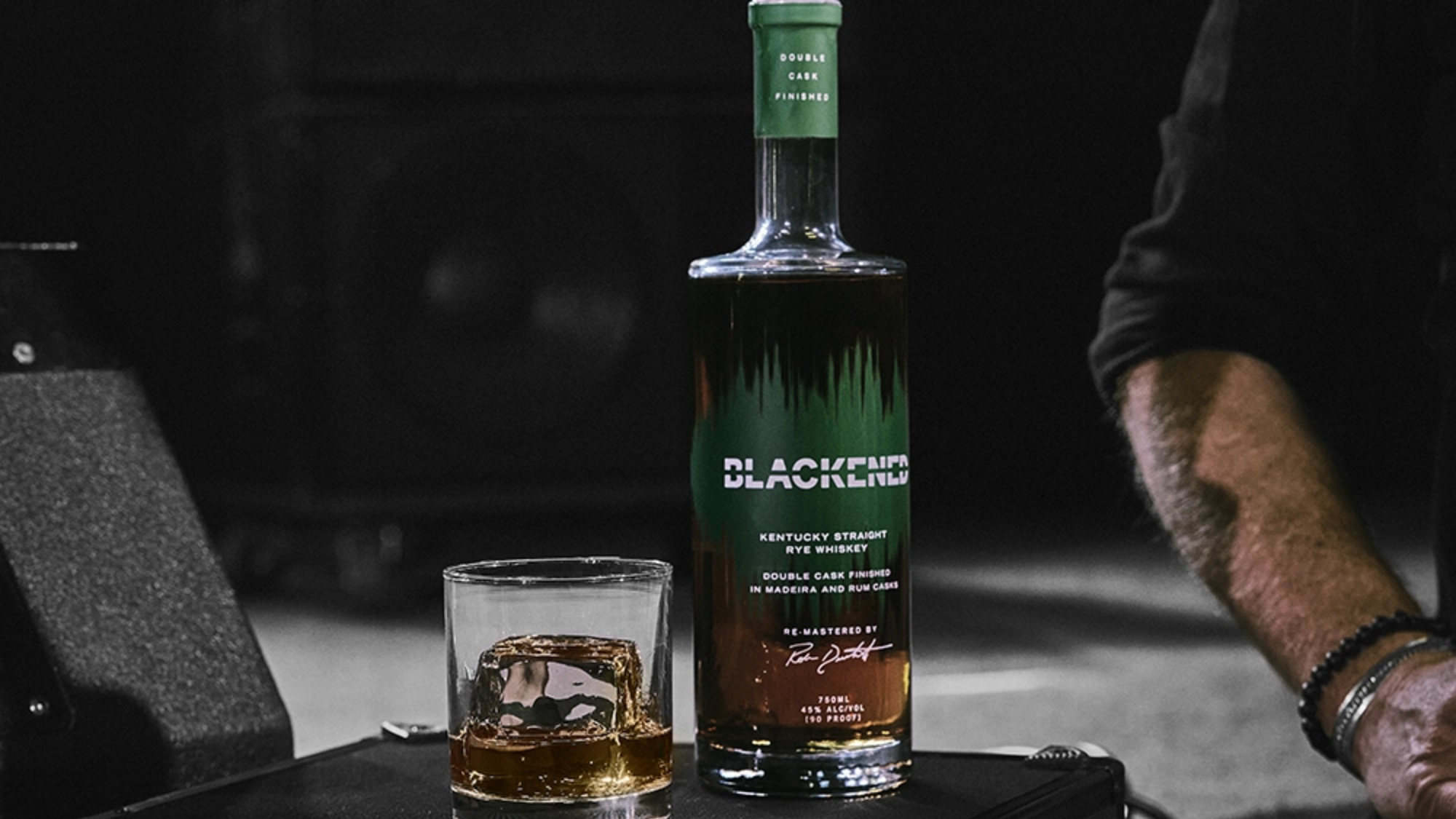 Metallica has unveiled its latest whiskey, Rye The Lightning. The new offering from the heavy metal band was named after their 1984 album, Ride the Lightning.

Rye The Lightning is made up of Kentucky straight ryes aged between five and eight years, and was double finished in Madeira wine and Caribbean rum casks for a period of two to 14 weeks each. Like the other whiskeys in the band’s Blackened line, the rye also underwent the proprietary Black Noise sonic-enhancement process. In this case, the whiskey was pumped full of Ride the Lightning vibrations while sitting in the finishing barrels.

In reality, it wasn’t the Ride the Lightning LP itself that was pumped through the rye whiskey. Instead, the duo created a playlist from Metallica’s 2012 Orion Music Festival set—the only time the band has played the album live in its entirety. “The vibe from the crowd at the first Orion Music Festival was electrifying,” bassist Rob Trujillo added. “And it’s really cool that we get to capture that energy in this release.”

“I absolutely love the high spice and earthy notes in American rye whiskey,” said master distiller Rob Dietrich. “I wanted to play with those flavor profiles by bringing a symmetry of subtle flavor elements by combining not just one, but two different cask finishes to the whiskey, creating a complex balance of sweet and savory.”

Blackened Rye The Lightning is available at select retailers nationwide as well as online via Cask Cartel.